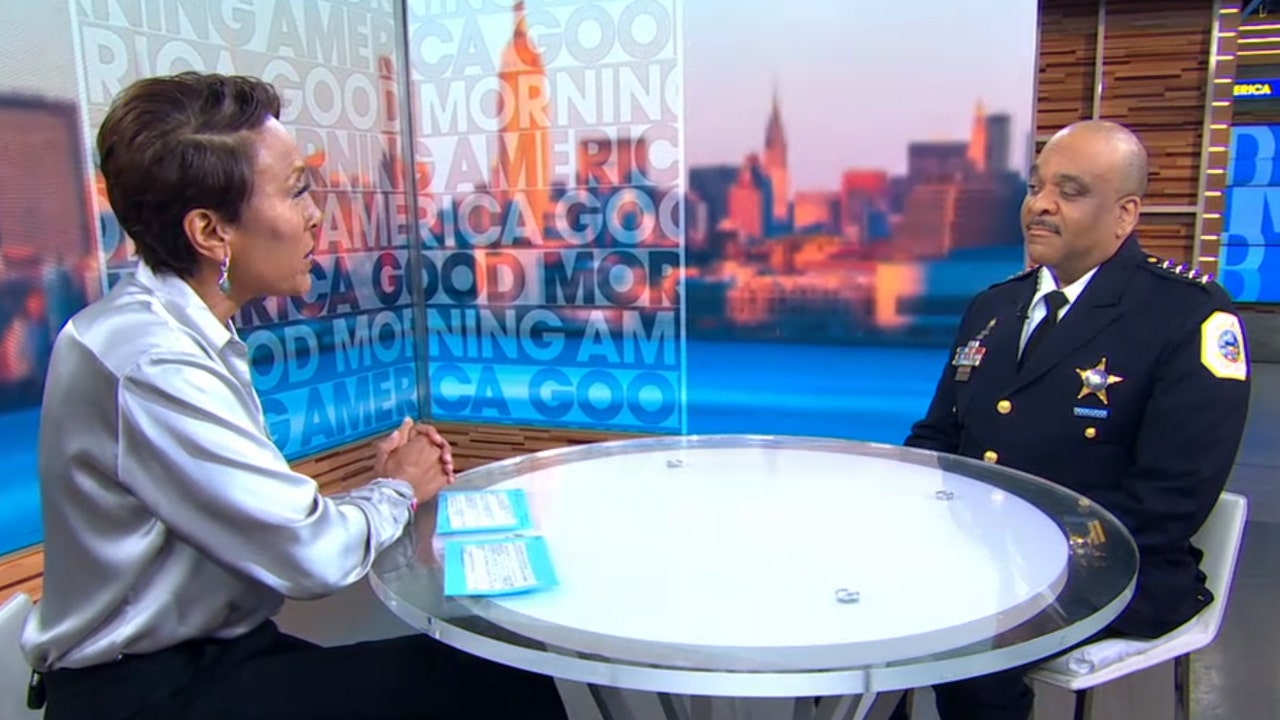 Chicago Police Superintendent Eddie Johnson claimed that there is a slew of evidence that “Empire” star Jussie Smollett staged his own hate crime.

“Let me just put this out there first and foremost right now that he still has the presumption of innocence until he has his day in court,” Johnson told host Robin Roberts on “Good Morning America” Monday.

Johnson reiterated that Smollett, 36, described the Jan. 29 incident as a hate crime and that the Chicago police treated it as such. Johnson noted that even though the actor said his two alleged attackers were masked, Smollett “was able to say he’d seen around their eyes that at least one was white-skinned.”

“The entire time we investigated the incident he was treated like a victim,” Johnson added.

Smollett was charged Wednesday with felony disorderly conduct amid allegations of filing a false police report. He turned himself in at central booking early Thursday. If convicted, he is facing up to three years in prison. A judge set Smollett’s bond for $100,000 on Thursday.

Smollett told police he was attacked by two masked men as he was walking home from a Subway sandwich shop at around 2 a.m on Jan. 29. The actor, who is black and openly gay, said the masked men beat him, made derogatory comments and yelled “This is MAGA country” — an apparent reference to President Donald Trump‘s campaign slogan, “Make America Great Again” — before fleeing.

It was after the police spoke with brothers Abel and Ola Osundairo that they pivoted their investigation away from a hate crime and to an allegedly false police report.

Johnson said that the Chicago police apprehended the brothers for 48 hours and that they became “cooperating witnesses” in the 47th hour, noting that authorities “gathered up a lot of evidence and facts before then.”

“We worked very closely with their lawyer,” Johnson told Roberts, explaining that the Osundairos’ attorney likely advised them on how to proceed with the police.

He maintained that the Chicago police were not out to get Smollett and sympathized with his plight at first, despite his story allegedly having holes.

“There were some questions [about the alleged hate crime Smollett initially reported], but there’s always questions when people are describing incidents to us,” Johnson said, adding, “We didn’t have the facts to support him being involved in it until that 47th hour.”

He said, “It’s not the Chicago police saying [the attack was staged], it’s the evidence, the facts and the witnesses that are saying it.”

The smoking gun, Johnson claims, was the Osundairo brothers presenting police with a check from Smollett.

Smollett’s legal team has maintained that the check was for personal training and nutrition services.

“The Chicago Police Department has its issues with racism and excessive force and I’m acutely aware of that,” Johnson admitted. “But we didn’t earn this particular incident and I refuse to let us take that shot if we have evidence of the contrary … [Filing a false report] is a dangerous thing to do to a city and to a police department. Something like this can be really damaging. We made a lot of progress in the last three years in terms of race relations … I just hope people dont judge other people that are victims of these types of crimes.”

He added, “There are real victims of hate crimes and I just hope that people don’t treat them with skepticism.”

Johnson said that the investigation is ongoing.

“[Smollett] still has a presumption of innocence and he still has his opportunity in court if he chooses to go that route,” Johnson said. “There’s a lot more evidence that hasn’t been presented yet that doesn’t support the version that he gave us. There’s still a lot of video evidence, physical evidence and testimony that doesn’t support what he said happened.”

Chicago police also accused Smollett of sending himself hate mail to the “Empire” set. The FBI is investigating the letter, which was reportedly laced with an innocuous white powder and “MAGA” messages. If convicted of mail fraud, Smollett could face up to 10 years behind bars.

“I’m left hanging my head and asking why,” an emotional Johnson said. “Why would anyone, especially an African-American man, use the symbolism of a noose to make false accusations? How could someone look at the hatred and suffering associated with that symbol…how can an individual who has been embraced by the city of Chicago turn around and slap everyone in this city by making this false claim?” He added, “Bogus police reports cause real harm.”

Smollett’s attorneys previously told Fox News they’ve “witnessed an organized law enforcement spectacle that has no place in the American legal system. The presumption of innocence, a bedrock in the search for justice, was trampled upon at the expense of Mr. Smollett and notably, on the eve of a Mayoral election. Mr. Smollett is a young man of impeccable character and integrity who fiercely and solemnly maintains his innocence betrayed by a system that apparently wants to skip due process and proceed directly to sentencing.”