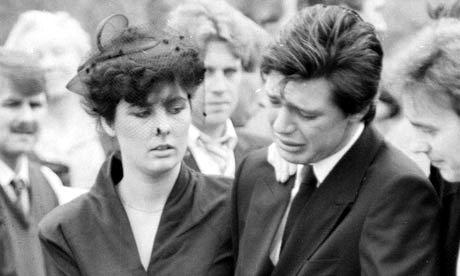 It’s quite the essay but I’ll try and condense it a bit. The reasons I think he might be innocent are…

Helena Stoekley. She was a local drug addict and heavy drinker with a long history of mental illness. Basically the most unreliable of witnesses, and I wouldn’t usually believe a word she says. MacDonald told this wild-sounding story to police of waking up on the sofa to a small group of people (a few men and a woman) in the house, who then attacked him and killed his family. What made it worse was the fact he said the woman was wearing white boots, an obvious wig, a big floppy hat and bright white boots. Two of the men were white, other was a black guy. He also said the woman was chanting “Acid is groovy, kill the pigs.” People assumed he was trying to pin the murders on a Charles Manson type cult or something and simply didn’t believe it. Understandably.

Helena later told various people that she and some friends were responsible for the MacDonald family murders, and described her accomplices as two white guys and a black guy. She said she was wearing what MacDonald described too, right down to the wig and large floppy hat. She also said she was high on drugs and was chanting “Acid is groovy, kill the pigs.” She couldn’t explain why, just thought it sounded “cool” at the time.

Two military policemen were responding to the crime scene and reported seeing a strange looking woman on a corner near Macdonald’s house. She was wearing the wig, floppy hat, bright white boots. They said they would have stopped to question her if they weren’t responding to something far more important. They repeated this story a few times afterwards, saying they were absolutely sure of what they’d seen. And this was obviously very shortly after the attack, minutes in fact. Stoekley said the assault was meant to teach MacDonald a lesson. He was a doctor at the local hospital and a major part of the doctor’s jobs there was dealing with drug addicts, alcoholism etc, usually people with PTSD from Vietnam and/or just struggling with military life. Some doctors were quite understanding and lenient, and often prescribed drugs like methadone, but MacDonald was known as a hard-liner who was particularly unsympathetic towards the addicts – usually just turning them away and telling them to shape up. Helena said they got sick of him, wanted to assault him, but they were all high/drunk and it just got badly out of hand. She also said that during the attack, the telephone rang and one of the men answered it. A few words were exchanged and Helena told the man to hang up, which he did. This is important because…

There were two doctors at the hospital with similar names, Jeffrey MacDonald and a Dr McDonald. A patient of Dr McDonald called the hospital because he was struggling with some issues, was told McDonald wasn’t in, pleaded for his phone number and was given Jeffrey Macdonald’s number by mistake. He rang the number and said a man answered, he could hear signs of a struggle (shouts, furniture going over etc) before a woman’s voice in the background told the man to hang up, which he did.

One of the men Stoekley named as an accomplice went on the run straight after the murders. He stayed at various friends’ places, and told some of them he’d done something awful that he couldn’t speak about. At one house, he simply disappeared and they found an apology for something scrawled on the wall in his own blood. He was found dead shortly afterwards. This is circumstantial at best, but still.

Stoekley was a long-term informant for a detective in another justification. She was supplying information on local drug dealers, street assualts like muggings etc. She was paid a small amount of money for this, but the detective was interviewed on-screen (I saw it) and claimed that despite outward appearances, her information was always spot-on. They’d made multiple arrests and brought successful charges against the people she snitched on. He was quite praiseworthy about her actually. Anyway, on the night of the MacDonald attacks, he’d met her earlier in the evening in his car for some information. He was struck by her appearance that night because it was particularly odd for her – Wig, floppy hat, white boots, everything. She dressed a bit flamboyantly apparently, but this was a little overboard for even her.

Some teachers at a local school were going to work that morning and bumped into Stoekley and a couple of friends (we think two of the guys from the attack) and struck up a brief conversation with them. The teachers said she was wearing what we all know she was wearing, but that she had blood all over her boots. The teacher was asked if she could have been mistaken, might it have been mud for example? She said no, it was definitely drying blood, because it has a very distinct colour and consistency that she’s seen before. She was struck by it, because the boots were otherwise pristine white and looked brand new.

So we’ve got all these reliable, independent witnesses saying they saw a woman wearing that very distinct outfit that night, and one who knew her well and two having seen her right by Macdonald’s house soon after the attack. The two MPs, the detective, the teachers.

Stoekley was up and down on the story, sometimes confirming it and sometimes denying it. Whenever she confirmed it and was asked why she denied it last month or whatever, she said she was scared for her life. She’d been threatened by the cops, FBI etc, who were chasing a conviction against MacDonald at the time. Some time later she gave interviews with a law enforcement officer who believed her and gained her trust. She was willing to take the stand and was adamant her story was true. She died young, so would never testify anyway, but she was willing to. They just weren’t interested though, they had their man.

There’s some more bits and bobs, but it’s mainly more circumstantial and this is the general outline of the defense of Macdonald anyway. I don’t know if he did it, but if I was on the jury and heard all the above in court (which his jury obviously didn’t), there’s no way I could convict him beyond reasonable doubt.