You’re stepping out of jail and into freedom for the first time in months or years. You have just a few days’ supply of medication to treat your diabetes, heart disease, and emphysema. You’re heading back into the same community where you ran afoul of the law, and you’re not really sure where you can go to get out of the cold and eat some dinner.

People who work in healthcare have a term for social issues like food insecurity or housing instability that are barriers to health and wellbeing. They’re called social determinants of health.

Lots of things can drive poor health outcomes, and they’re often the same hurdles that others have called social determinants of criminal behavior. In fact, criminal justice involvement can drive health problems, and vice versa.

Many who work in healthcare have realized this relationship is something they can’t afford to ignore.

At the Camden Coalition of Healthcare Providers in New Jersey, we connect healthcare with social services, primarily for Medicaid patients with multiple chronic illnesses and social barriers to health and wellbeing.

Vincent, known among his friends in Camden’s tent city as “Country,” was living with asthma, hypertension, depression, chronic pain, and addiction. We met him in Camden County Correctional Facility, where he was spending time for a probation violation.

Deeply troubled and in need of his medication, Country had struggled with homelessness and behavioral health issues for years, cycling in and out of area hospitals.

Our Camden ARISE research project showed that Country was not unique.

In a study of arrests and hospital records in Camden published by Harvard, we found that two-thirds of the people arrested over five years had also been to emergency rooms. And among that group, more than half had visited emergency rooms at least five times. We saw it as evidence of the relationship between criminal justice and healthcare.

We knew that if we could limit the effects of criminal justice involvement on healthcare outcomes for our patients, it would take careful, systematic collaboration with law enforcement. In Camden, a city across the river from Philadelphia with historically high rates of crime and poverty, we’ve piloted several programs that approach criminal justice as a health driver.

These programs are making a big difference for Country and many others like him whose complex set of health and social needs aren’t well served by the healthcare system.

We interviewed Country in October for our blog, The Hotspot. It hasn’t been an easy journey, but he’s doing well – living on his own, following his care plan and using his story and his voice to help the community.

It all starts with rigorous research. Using police data, Camden ARISE not only uncovered the remarkable correlation between arrests and emergency room visits, it also led to the design of a new program that integrates healthcare and social services for Camden residents returning from jail.

Camden RESET tailors the Camden Core Model, our signature short-term care intervention, to the needs of the jail population. Our team approaches patients inside the county jail offering trauma-informed care that combines social work and healthcare coordination. It’s a collaboration with the Camden County Re-Entry Committee and the Laura and John Arnold Foundation.

At the end of the program, participants have a personalized care plan they helped create to overcome barriers to health and prevent avoidable hospital admissions and arrests.

But let’s back up. Neither the research nor the programs would be possible without robust data sharing.

We run a secure platform called the Camden Coalition Health Information Exchange (HIE) that allows hospitals, social service agencies, and others to view and upload data. The clinic at the jail, run by CFG Health Systems, began uploading information to the HIE in Spring 2018. Now primary care practices, health systems that run emergency rooms, and our staff can see diagnoses, medications, and other clinical information that originated at the jail, so we can better help residents returning to society.

Data sharing across sectors can be hard work, but it’s not insurmountable. We’ve shared some of the ways to overcome relational, technical, and legal barriers to cross-sector data sharing in a series of briefs and webinars supported by the Aetna Foundation.

Overcoming Barriers to Health – With Help

These hurdles, often minor, can prevent them from sticking to their care plans and reverse months or sometimes years of progress. Our Medical-Legal Partnership with Rutgers Law School gives our participants access to a lawyer who can work with our care team to solve some of these problems.

For example, when housing instability is standing in the way of health, legal help may eliminate barriers to a Section 8 voucher. This can save the legal system the cost of incarceration, and with good care coordination, save the state Medicaid system the cost of repeated hospital use.

Keeping insulin refrigerated or preparing for a job interview are hard to do if you live in a tent.

Stable housing can often be the basis for getting healthy and becoming a productive member of society. Keeping insulin refrigerated or preparing for a job interview are hard to do if you live in a tent. Traditional housing programs require sobriety and a clear record, but the Housing First approach holds that stable housing is, for many, the starting point to improve other aspects of their lives.

In August, Country became the first Camden RESET patient to be housed under our Housing First program.

Consider how important the home is for all of us, and then think about how hard it would be to come out of jail with health problems and try to rebuild your life without a stable place to go

After Country completed the Camden RESET intervention, he decided to stay engaged with multiple community organizations, including our Community Advisory Committee. Along with the wraparound services he received to help him get on his feet, these networks have helped him overcome the adverse life moments that inevitably arise.

Country’s asthma and chronic pain have improved, his blood pressure is under control, and he hasn’t been hospitalized since he got into housing. Just as importantly, Country’s stayed out of jail.

He’s feeling better, and the state is saving the cost of hospitalization and incarceration. 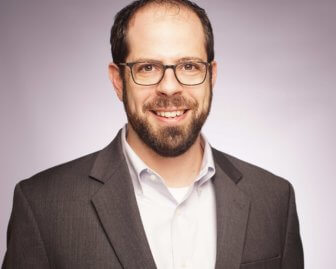 Successes like this require thinking hard about the relationships between sectors like healthcare and criminal justice, and how best to collaborate. In the United States, we spend far more on healthcare and we lock up far more of our citizens than any other industrialized country. To forge a more sustainable path, we have to be willing to put in the hard work to break silos, share, and cooperate.

It will begin with the recognition that healthcare, social services, and criminal justice are all connected.

David Scholnick is Director of Communications for the Camden Coalition of Healthcare Providers. He welcomes comments from readers.