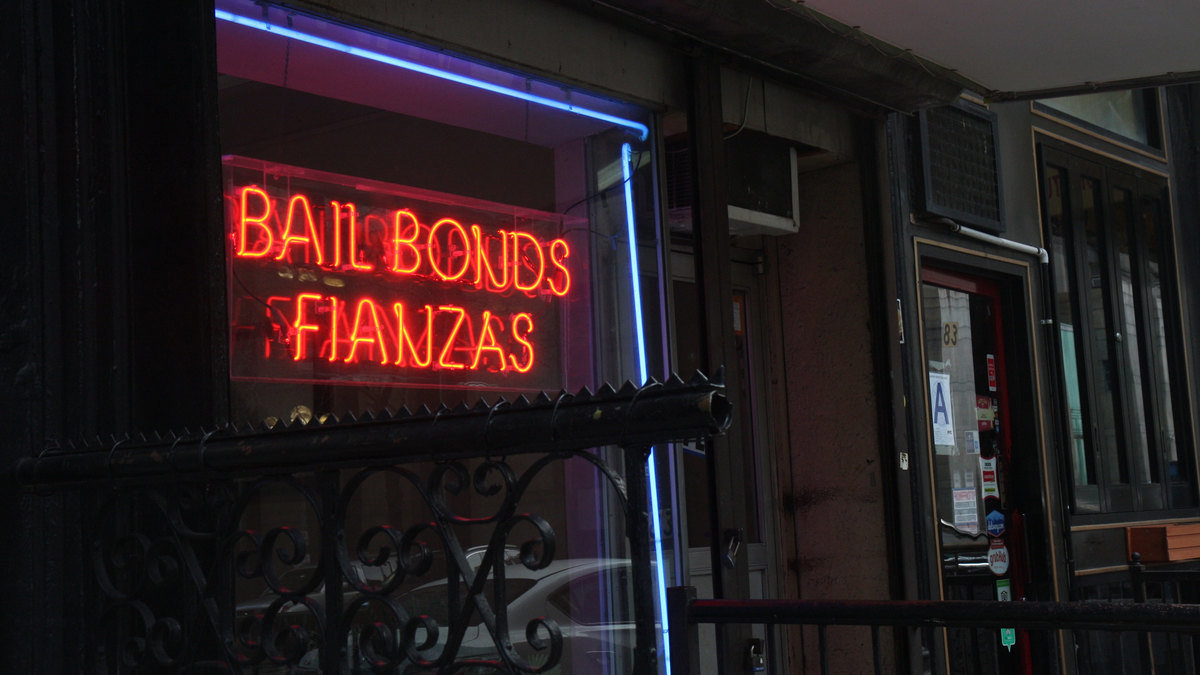 Like many states, New York has a bail law that is half a century old. The legal rules that in 2010 made it possible for 16-year-old Kalief Browder to be jailed on Rikers Island for three years for allegedly stealing a backpack—just because his family couldn’t pay $3,000 in bail to get him out—all remain on the books.

Criminal justice reformers around the country are admonishing the Empire State to change its system, arguing that having to pay money to get out of jail unfairly targets the poor. And a newly elected Democratic majority in Albany is eager to heed those calls, as lawmakers this month pore over the final details of a bill that would make New York the third state to virtually abolish money bail.

Yet a new report analyzing more than 5 million criminal cases in New York City since 1987 suggests the city has already done a better job of slashing its use of bail and jail than nearly any other urban area in the United States.

And that’s because of a culture change among judges and other decision-makers, not any change in statutes or court rules.

Over the past three decades, the percentage of cases in New York City in which bail is set has dropped from 48 percent to 23 percent, while the rate at which defendants are released without having to pay money has jumped from 50 percent to 76 percent, according to data released Thursday by the New York City Criminal Justice Agency. The approximately three-quarters of defendants “released on their own recognizance” in the city (meaning free to go without cost) compares with a national average of about 45 to 50 percent and as low as 11 percent in New Orleans, according to one study.

As a result, New York City’s jail population has dropped from nearly 22,000 in 1991 to about 7,800 this year, making it the least incarcerated major city in the United States—by a long shot. Much of that improvement has occurred in just the past few years.

Surprisingly, New York’s lower reliance on bail hasn’t led to defendants not showing up in court. The city’s return-to-court rate is 86 percent versus about 75 percent nationally.

This seismic change in how the nation’s largest city handles bail and jail is the result not of top-down change in the system but of thousands of small shifts in courtrooms every day. Whereas California, New Jersey, Maryland and a handful of other states have tried to eliminate money bail legislatively or through a court order—with mixed success—New York has done so organically, potentially offering a model for other large cities in otherwise recalcitrant states.

Judges, more aware than ever of their full toolbox of alternatives to bail—including a “supervised release” program championed by Mayor Bill de Blasio that lets them release defendants under monitoring—have become increasingly willing to take on the risk of freeing people without bond. They have also begun to understand how the “frequent fliers” in criminal court often have mental-health and housing issues that are only exacerbated by setting bail and sending them to jail, said George A. Grasso, supervising judge of the Bronx Criminal Court and of all arraignments in New York City.

Prosecutors, in most parts of the city at least, have somewhat reduced how much bail they ask for in low-level cases. And a strong cohort of public defenders in the Bronx and Brooklyn have fought excessive pretrial detention, while making sure to bring community voices into the debate.

Then there’s the Kalief Browder effect: a media culture that has been focusing more on wrongful incarceration than on sensational, outlier cases of defendants freed from jail who go on to commit further crimes. (Browder was a Bronx teen who later committed suicide in part because of what he endured in jail.)

“To the folks around the country who are trying to change statutes, I try to emphasize that a new law works best when it’s codifying existing culture change,” said Cherise Fanno Burdeen, CEO of the Pretrial Justice Institute, an advocacy group based in Rockville, Maryland.

As with many criminal-justice issues, not just bail, she said, so much depends on the discretion of the judges or police officers or prosecutors actually implementing policies.

For one, there’s a centuries-old culture in this country of setting money bail, often based on a schedule of bail amounts that helps courts get through their crowded dockets quickly. Judges and prosecutors also tend to think of setting bail as a relatively minor, preliminary decision, even though a short stint in jail may cost defendants their jobs and, according to research, has a profound effect on how their cases will turn out.

All of that takes a lot of on-the-ground work to undo, said Greg Berman, director of the Center for Court Innovation in New York. “Legislative reform has its attraction,” but decision-makers “reject it all the time by finding workarounds … There’s never been a law written so well that it covers every situation.”

California and Maryland’s recent attempts at bail reform offer an object lesson in just that.

In August, then-California Gov. Jerry Brown signed into law perhaps the most sweeping overhaul of money bail in U.S. history, essentially abolishing the entire idea of using cash to keep people in jail. But many advocates for low-income criminal defendants were disappointed in the bill, saying that it gave judges too much power to replace bail with just locking people up anyway.

In Maryland, that fear has been partially realized. After the state’s court of appeals implemented a new rule in 2017 intended to largely eliminate money bail for the poor, a report found that defendants who may have previously been offered bond were now 14.5 percent more likely to simply be held in jail outright.

Of course, there are pitfalls in pursuing culture change without changing the law, as well. In Jefferson County, Colorado, a decade ago, local officeholders teamed up to try to reduce pretrial detention, and had a period of success in lowering bail and jail rates. But as new officials came along, interest in maintaining the changes faded.

“That’s the flip side,” said Burdeen. “If you don’t codify culture into law, you’re at the mercy of elections or of a crime in the news changing everything.”

Meanwhile, the kind of grassroots bail reform that’s possible in a place like New York City—where many of the nation’s top criminal-justice advocacy organizations are headquartered and where seemingly there’s a public event on bail reform every night—may not be transferable to the more rural, conservative areas of the state.

And whereas major urban areas have the sheer volume of criminal cases to make the excessive jailing of poor people a major budget item and news story, rural counties where bail hearings occur just a few times monthly may not see this issue with the same fiscal and moral urgency.

That’s in part why Democrats in the New York State Assembly still see top-down legislative reform as necessary, despite the state’s largest city already being so ahead of the curve.

Even in New York City itself, Rikers Island remains open, despite plans to close it down in the coming years. The rate at which defendants are charged bail for violent felonies, as opposed to lower-level crimes, has actually increased from 53 percent to 62 percent in recent decades, according to the new study.

And improvements in certain boroughs have been minimal. The rate at which people accused of nonviolent felonies have been released without bail has improved by 29 percent in the Bronx, but in Manhattan, it hasn’t changed in 30 years.

Statewide, about 33,000 criminal defendants still spent time in jail in 2017 simply because they were too poor to afford bail.

“There’s a lot more that could still be done—especially as we move up the scale of risk” to think about what kinds of programs could give judges confidence to release even those defendants accused of violent crimes, said Elizabeth Glazer, director of the New York City Mayor’s Office of Criminal Justice.

But on the ground, she said, judges are experiencing an “accelerating virtuous cycle” of trusting New Yorkers to return to court, armed with the facts on how bail and jail negatively affect future re-arrest rates. The city’s many advocacy groups (one of which bailed out more than 100 people from jail last fall) are helping connect released defendants with social services. The mayor’s office itself is sharing data with judges and prosecutors on how effective supervised release can be, and has also helped set up a “bail expediters” program to aid family members in getting cash and making bond payments at courthouses.

More everyday citizens are simply watching court and the bail decisions made there, and holding elected prosecutors accountable. Above all, mindsets about who deserves to be in jail and what the legitimate purposes of pretrial detention are have been shifting, ever so slowly.

“There’s an old saying that culture eats policy for lunch every day,” Glazer said. “That’s what we have seen in New York City.”