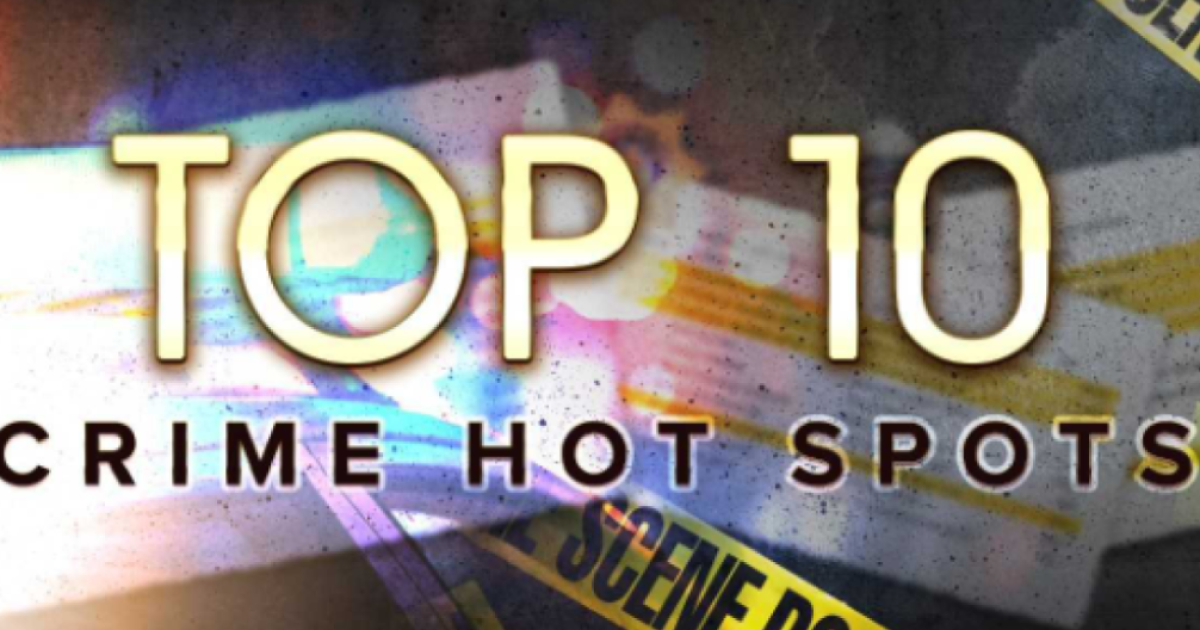 LAS VEGAS (KTNV) — All this week, we’ve been reporting on the locations local police respond to most often — the crime hot spots of our valley.

No we take a deeper look at what we can learn from the data.

It all comes down to driving change and elevating Las Vegas. That’s why we collected Calls for Service numbers from Las Vegas, Henderson and North Las Vegas police departments for 2018.

Let’s recap the number one Crime Hot Spots around town where police are responding to every day and then we’ll get the law enforcement perspective from Henderson Police.

Crime appears to hit most often at home in North Las Vegas with the Coral Palms Condos on Decatur generating 370 calls for police help in 2018.

Henderson Police responded most to the Walmart at 300 E. Lake Mead — over a dozen times a week last year with a total of 669 calls.

Of the big properties on the Strip, the MGM Grand had the most calls for Las Vegas police — nearly 2,500 — which averages to almost 7-times a day, every single day.

But it’s McCarran Airport that keeps Las Vegas police busiest with 6,650 calls for service. That’s more than 18 calls every single day in 2018.

McCarran officials say over 130,000 people travel through the airport each day. And Las Vegas police officers perform tasks that private security handles at other locations, like checking door alarms or unattended bags and looking into any suspicious activity.

“When we see high call volumes in certain areas,” says Henderson Police Department Lt. Kirk Moore. “It’s incumbent upon us as an organization to address it appropriately.”

Lt. Moore says most crime is divided up between two kinds of places: Commercial properties where theft is the most common problem and apartment complexes.

“When you look at apartments and high call volume, it’s usually a small group of people driving those numbers,” says Lt. Moore.

Many of the calls for disturbances are domestic violence or just some yelling and arguing.

“When you have an apartment with three or four adults in that apartment, sometimes tensions can run high,” says Lt. Moore.

“We’ve put in the municipal code that now apartment complexes are required to be a part of our crime-free, multi-housing program,” Lt. Moore explains. “We get out to these apartment complexes and we look at all of the ways — how do we make the quality of life different and better for those residents and how do we identify problem apartments or individuals and remove them from the equation?”

“We have to address the issues in the community surrounding it,” says Lt. Moore. “If we don’t do that then the things we do inside a store are going to be negligible.”

He calls the Target on 350 W. Lake Mead in Henderson a success story. While the location did not generate enough calls to make it anywhere near the Top 10, managers went to police to help solve a problem because they were losing over $600,000 a year to theft.

“So we teamed with their loss prevention, their regional managers, the community and all the people around and we worked a project to try and change not only the aesthetics of the store — make it more inviting — change everything around it to change the perception of the place.”

And the changes had a big impact.

On the flip side, he says a shift in how some stores deal with shoplifters invites more crime.

“There’s been a trend as of late that the loss prevention people are encouraged to not engage suspect people who are stealing merchandise,” says Lt. Moore. “There’s an inherent liability in confronting people.”

“When that word gets around to the community then you become an even bigger target,” he says.

“That’s what we are pushing out to our officers and to become problem solvers and not just respond to calls for service.

Solving problems by using numbers to predict trends and addressing crime before it gets out of control.

Many of you have asked us about your neighborhoods. Keep in mind the numbers we collected for this series isolate addresses that use the most police resources — the locations cops spend most of their time instead of patrolling your neighborhood.