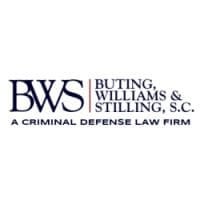 Obviously I don’t “know” if he is innocent or guilty but just the way the case was handled from the beginning is enough to know he didn’t get anything close to a fair trial.

I don’t care if he did it or not, he is entitled to a fair trial as a human being and they botched this from the get go. Having the local police do investigation when they were being sued by him is enough evidence that they had the motive to plant evidence.

Anyone with a brain and a lick of common sense could see his nephew Brendan was not able to have the judgement needed to go through that interview without any representation and that his confession was coerced. Now that he has gone through all of his appeals, what will happen if Steven Avery is found not guilty through a new trial? Does Brendan also go free?

This is a disaster of a case and an embarrassment for law enforcement and the judicial process.

Although I do realize that the show was edited to confirm a side (railroaded), obviously, it is also apparent that there were a lot of problems with the prosecution in this case and a lot of questions that need answers.