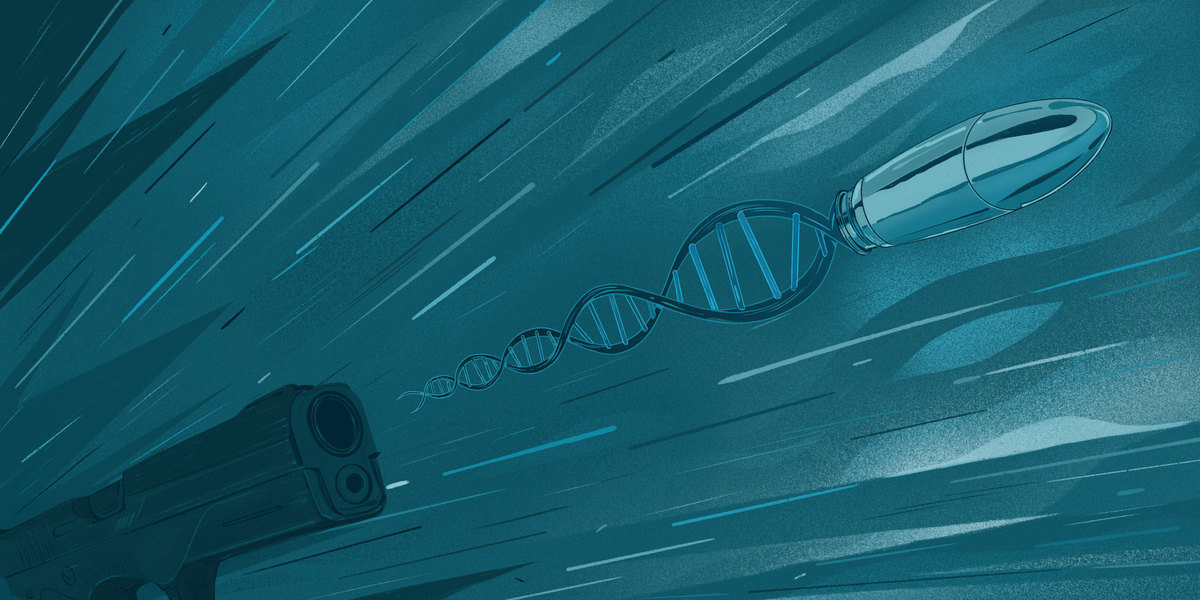 By Joseph Neff
In “Case in Point,” Andrew Cohen examines a single case or character that sheds light on the criminal justice system. An audio version of Case in Point is broadcast with The Takeaway, a public radio show from WNYC, Public Radio International, The New York Times, and WGBH-Boston Public Radio.

Over the past decade, laboratories and lawmakers have expanded the power of DNA to exonerate the wrongfully convicted. Scientists can coax accurate results from trace amounts of DNA, even old or degraded samples. All 50 states allow post-conviction DNA tests.

Mark Rabil wishes that all North Carolina trial judges would catch up with the laws and labs.

Rabil, a Wake Forest University law professor who runs the school’s innocence clinic, hit a roadblock when a judge denied his request for DNA tests on three .22 caliber shell casings found at a murder scene 26 years ago.

The case is the strongest he’s seen in 10 years at the clinic, Rabil said, even though his client pleaded guilty to second-degree murder. Guilty pleas are very difficult to overturn, making Rabil feel his quest to test is “a Hail Mary pass for justice.”

But the tests might not be the long shot they appeared to be when he filed his motion in 2016.

In July, a top government forensic scientist testified to Congress about how public investments in DNA research were transforming once useless items into valuable evidence.

“In fact, methodologies enabling the recovery of DNA from shell casings ejected from firearms is over 10 times more successful than it was just 10 years ago,” said Gerald LaPorte, director of the Office of Investigative and Forensic Sciences at the U.S. Department of Justice.

All states, including North Carolina, have written laws to expand post-conviction DNA tests. Such tests have revealed that innocent people pleaded guilty to serious crimes. DNA has exonerated more than 360 wrongly convicted people; 10 percent had entered guilty pleas, according to the Innocence Project. The project wins exonerations for wrongly convicted people through DNA testing.

North Carolina law says judges must approve tests if the evidence could change the outcome of the case. In Rabil’s case, the judge declined because the tests wouldn’t show who shot the gun that killed a gas station manager in 1992.

But that doesn’t mean such a test would be useless, says Vanessa Potkin, a senior attorney at the Innocence Project. “Results won’t reveal who pulled the trigger, but they could indicate who loaded the gun.”

A year later, as jury selection was to begin, Alexander’s lawyers met with the district attorney who said he would accept a plea to second-degree murder. An eyewitness was prepared to testify that she saw Alexander leaving the gas station at the time of the murder, but the prosecutor didn’t provide her statements to Alexander’s lawyers or even give her name.

Alexander initially rejected the deal. He had always told his lawyers that he was innocent and had a solid alibi. His lawyers applied pressure to him though: If he took the deal, he could be free someday. If not, he’d likely end up on death row.

The following day, Alexander and his lawyers first learned the identity of the eyewitness when she testified at his sentencing hearing. The lawyers had no time to investigate her or her statements. The local paper referred to her as “the surprise witness.”

Alexander was sentenced to life with eligibility for parole after 15 years.

Marvin Rooker, one of Alexander’s lawyers, later testified that he was not given damaging information about Orlinda Lashley, the witness who constituted the state’s entire case.

Asked Alexander’s height by police, she said he was between 5 feet 6 inches and 5 feet 8 inches tall. Alexander is 6 feet 3 inches tall.

If the casings contain viable DNA, Rabil believes the results will connect the murder to a career criminal identified by an informant in a 2004 interview with investigators.

Alexander challenged his conviction in 2006 but failed to convince a judge to overturn the guilty plea.

Rabil and Carson Smith, a Charlotte lawyer working pro bono, took on the case in 2014. They filed an official request for DNA testing in March 2016, in the Warren County courthouse where Alexander was convicted. The district attorney never responded to the motion. The judge never held a hearing.

Rabil is appealing the decision. Hight, who had not handled the case prior to 2016, declined to discuss his ruling because of the appeal. District Attorney Mike Waters did not return phone calls.

Alexander’s attorneys said Lashley, the witness, recently slammed the door on them. The Marshall Project’s calls to her home went unanswered.

Technological advances make cartridges and casings a much more reliable source of DNA evidence, according to Victor Weedn, a George Washington University professor and past president of the American Academy of Forensic Scientists.

Scientists have figured out how to extract more information from trace amounts of DNA, even degraded DNA.

The risk of DNA contamination and misleading results still exists in testing tiny amounts of touch DNA or objects handled by more than one person. Statistical tools have helped to improve the analysis of samples containing a mix of two or more persons’ DNA.

Like any scientific endeavor, there’s room for improvement, but, Weedn said, “The technologies have truly gotten better.”

The Trace recently reported how the crime lab at the San Diego Police Department has used new techniques on casings in more than 1,000 cases from 2015 to 2017 and recovered DNA from 30 percent of the samples.

One recent example: Last year Kansas City police used shell casing DNA to crack a murder investigation. A woman was shot in her bedroom in April. Police found several casings outside the window and sent them for DNA testing. They ran the results through the FBI’s DNA database and got a match. Investigators then connected the casing to a gun found under the suspect’s car seat. The suspect’s DNA was found on the gun. Phone data put the suspect’s cell phone in the area at the time of the shooting.

Police benefit from scientific research into best practices on handling casings and cartridges. Police should keep the casings dry and store them in paper bags. Plastic bags retain moisture, which degrades DNA. Alexander’s lawyers don’t know how the evidence has been stored. They don’t even know if the casings exist because the district attorney never responded to their motion or several letters.

They are pushing ahead anyway, appealing Hight’s decision to the state Court of Appeals.

“We have nothing to lose,” Rabil said, “and everything to gain.”