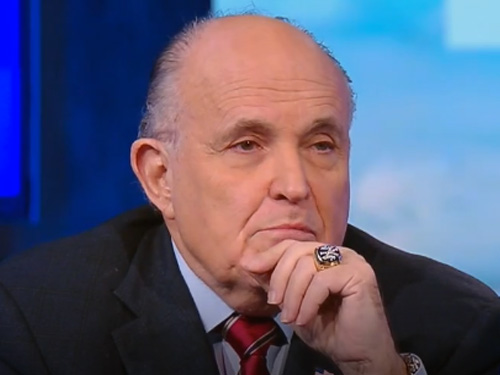 RUDY GIULIANI: Well, I’m here with Jay Sekulow, my co-counsel. We’ve had a chance to quickly go through it. We think it completely exonerated the president, it is quite clear, no collusion of any kind, including the entire Trump campaign, which raises the question, why did this ever start in the first place?

WOLF BLITZER: Very important, though, I want to get your reaction to one line in this letter. They quote the special counsel, Robert Mueller, as saying, as far as obstruction of justice, quote, “While this report does not conclude that the president committed a crime, it also does not exonerate him.” What’s your reaction to that?

GIULIANI: Yes, but then if you go on to the next two paragraphs, Wolf, the attorney general does kind of a brilliant analysis of it. He says that he and deputy attorney general Rod Rosenstein have concluded that the evidence is not sufficient to establish the president committed obstruction of justice. Then he goes even further and points out that basically under settled law, it’s almost impossible to have obstruction of justice if there’s no underlying crime. A brilliant lawyer-like analysis. Then he concludes with a very strong statement, “in cataloging the president’s actions, many of which took place in public view, the report identifies no actions that in our judgment,” that’s Rosenstein and Barr, “constitute obstructive conduct.”

That is a complete exoneration by the attorney general and Rod Rosenstein.