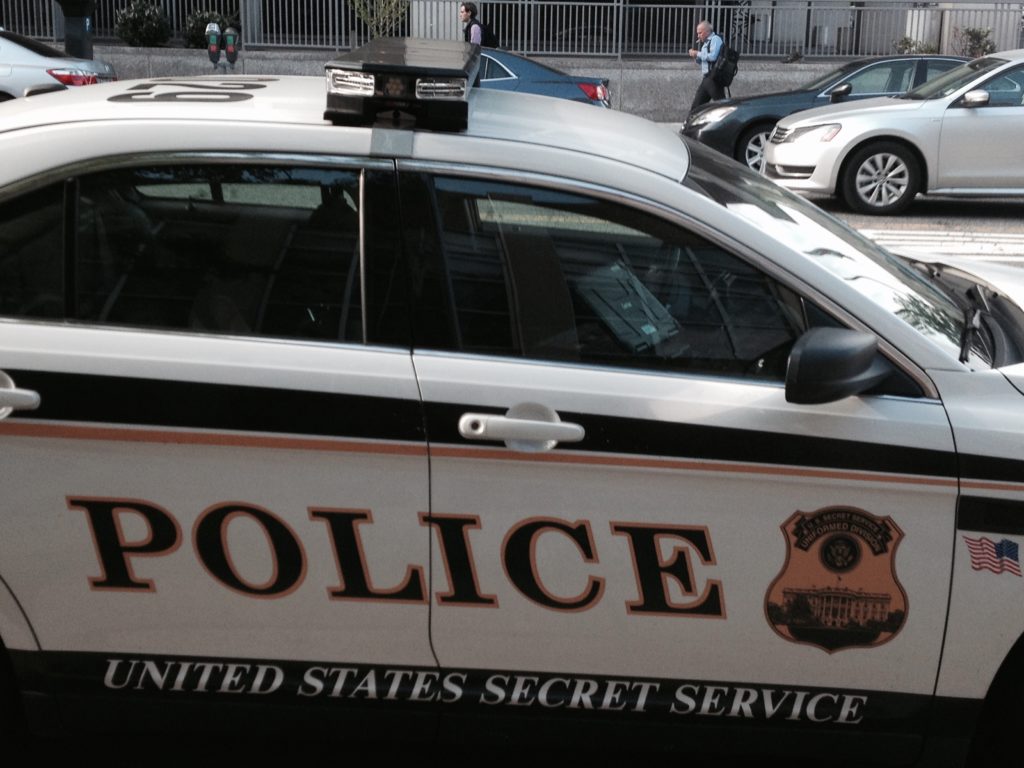 Per USA Today, about 85,000 law enforcement officers across the USA have been investigated in the last decade.

Is there more to the story than told?

I got a call for a woman walking in the middle of the Beltway. I arrive and damn, she’s right in the center of four lanes of fast-moving vehicles.

I stop all traffic, walk over to the woman, and politely ask if I could be of assistance. She tells me to f___ off. She was in her mid-eighties.

I assumed she was mentally ill or suicidal and I was determined to be as gentle as possible. I carefully placed my hand on her arm to guide her off. She kicked me. Hard!

It’s wildly dangerous to stop four lanes of beltway traffic so I had to get her off quickly for everyone’s safety. I got behind her to keep her from kicking me and tried to “guide” her to the shoulder. More kicks. I had no choice but to lightly restrain her for her safety until an ambulance arrived.

Back at the station, I was asked about complaints regarding a 6-3 cop manhandling a screaming 5-2 elderly woman.

I think about this incident when I read an article from USA Today about “85,000 law enforcement officers across the USA have been investigated or disciplined for misconduct over the past decade.”

To be fair, the article states that, “Most misconduct involves routine infractions,” whatever that means.

There isn’t a cop in the country who doesn’t understand that dishonesty or improper use of force or discrimination damn’s all police officers. I hate bad cops with a passion. Some of the negative publicity is deserved. There are officers who are clearly wrong as to their use of force.

USA Today’s effort to document the more serious cases is journalistically appropriate, “…the records reveal tens of thousands of cases of serious misconduct and abuse. They include 22,924 investigations of officers using excessive force, 3,145 allegations of rape, child molestation and other sexual misconduct and 2,307 cases of domestic violence by officers.

We live in a world where it’s getting tough to retain and recruit cops. There is a lot of negative publicity, much of it damning all cops, some (most?) of it blatantly false.

If you’re capable of stereotyping over a million people based on the actions of a few, you are capable of any “ism.”

Because of the negative publicity, increasing assaults on officers and perceived media and societal unfairness, families are telling officers to get out of law enforcement, and to get out now.

How we speak of police officers and the context we bring to the discussion matters. Want proof? Ask the citizens of Baltimore and other high crime areas if they think they went too far as to their criticisms. They are now begging officers to return to proactive or aggressive policing, More Cops.

But cops are leaving Baltimore and other cities. They respond to calls and do routine patrols but endless criticism stopped most proactive activity. Violence is skyrocketing in some places.

“If we are going to be hammered for everything that we do,” then it’s safer to do nothing, says Sergeant James Ade, who runs Chicago’s police sergeants’ union. “If we don’t do anything, then we can’t get hammered.”

“All of which begs the question of how a city with so many problems became the template for America’s efforts to reform police-community relations. If the Chicago model has failed this city, does the fault lie with the model, or with Chicago? And what does that mean for other cities where police are struggling to redefine their mission?” The Marshall Project.

Most who read the USA Today article will simply nod their heads and somewhat agree that there are bad cops and move on. Some will extrapolate to all cops.

As with all social issues, context is crucial.

There are 750,340 sworn law enforcement officers employed by the state and local agencies and another 325,000 non-sworn in 18,000 federal, state, county, and local agencies, Bureau Of Justice Statistics. There is no workforce of over a million people without problems.

“Less than 10% of officers in most police forces get investigated for misconduct,” according to the article.

To me, that’s astounding. I’m unaware of any profession that can claim that over 90 percent of their employees are misconduct free.

How many priests, ministers, and other clergy members have been implicated in sexual or emotional misconduct?  How many executives have been charged with less than honest business dealings?

How many homophobic or racist or sexist bosses exist? Want examples? Look at CBS News or the entertainment industry.

How many athletes have used performance-enhancing drugs? How many NFL players have been arrested?

If you Google some categories, the infractions can exceed ten percent for almost any profession.

Police initiated contacts are down by huge numbers, Proactive Contacts. Arrests are also down considerably, Arrests. Is the immense negativity thrown at cops causing them to pull back?

Per Pew, 72% say officers in their department are now less willing to stop and question suspicious persons. Overall, more than eight-in-ten (86%) say police work is harder today as a result of high-profile, negative incidents.

About nine-in-ten officers (93%) say their colleagues worry more about their personal safety – a level of concern recorded even before a total of eight officers died in separate ambush-style attacks in Dallas and Baton Rouge, Cops Holding Back?

The data on police PTSD, suicides, drug and alcohol use and general stress is well documented, see Police Stress. Is policing becoming too hard, too emotionally draining? Is that why recruitment and retention are problems?

Does Policing Change You?

There are endless references as to how being a cop changes your personality. “How many domestic violence calls can you handle? How many people shot? How much blood? How many abused children? How much violence can you process?” Crime in America.

The rate of full-time police officers decreased by 11 percent from 1997 to 2016, Declining Cops.

But Public Confidence in Law Enforcement is High

The data states that policing is one of the most respected professions in the US and the world, and research documents that the overwhelming number of people stopped by law enforcement felt that they acted responsibly, Confidence in Police.

Eighty-five percent of Americans either have a great deal or some confidence in law enforcement. The media and Congress are at the bottom of the ratings.

An estimated 40 million U.S. residents age 16 or older, or about 17 percent of the population, had a face-to-face contact with a police officer in one year. Among people who had face-to-face contacts, about nine out of 10 residents felt the police were respectful or acted properly, Bureau of Justice Statistics.

Having said this, it’s inevitable that out of 40 million yearly encounters, some will go bad. It’s a statistical reality. Per the Bureau of Justice Statistics study, police used or threatened to use force in less than two percent of contacts.

The data dovetails with the USA Today article. Ninety percent of all people stopped by law enforcement thought the officers acted professionally. Less than 10% of officers in most police forces get investigated for misconduct per USA Today.

Even in fragile communities (i.e., high unemployment), a study finds that 74% of fragile-community residents vs. 87% of Americans overall think people like themselves are treated “very fairly” or “fairly” by their local police. The results vary by racial group: Black (65%) and Hispanic (72%) residents of fragile communities are considerably less likely than white residents (87%) to say people like themselves are treated fairly by police, Gallup.

I arrested a drunken husband for beating his wife. He stated that the handcuffs were too tight. I told him that backup would be there soon and I would loosen them once they got there. But for the moment, his pain wasn’t my problem. He complained. Critics could accuse me of excessive force.

Being a cop is unlike most professions where you have to make instant judgment calls while taking enormous risks.  Every time I pushed my patrol car to high speeds I understood that seconds counted when someone was bleeding out. But at the same time, if I had an accident where speed was a contributing factor, I could be at fault. I could be in the newspapers. I could lose my career.

I could solve the dilemma by sticking to the speed limit or marginally above it or I could try to save someone’s life and push the odometer. But my name would be in the headlines if something went wrong. Just another cop making another mistake that needed investigating.

But if polls say that policing is one of the most respected professions in America and the world, and if data states that 90 percent of police interactions with the public were deemed just and proper, then I would call that a success story. Even in fragile communities, there is widespread support.

I’m not quite sure that the average reader of the USA Today article would come to that conclusion.

At least 85,000 law enforcement officers across the USA have been investigated or disciplined for misconduct over the past decade, an investigation by USA TODAY Network found.

Officers have beaten members of the public, planted evidence and used their badges to harass women. They have lied, stolen, dealt drugs, driven drunk and abused their spouses.

Despite their role as public servants, the men and women who swear an oath to keep communities safe can generally avoid public scrutiny for their misdeeds.

The records of their misconduct are filed away, rarely seen by anyone outside their departments. Police unions and their political allies have worked to put special protections in place ensuring some records are shielded from public view, or even destroyed.

Reporters from USA TODAY, its 100-plus affiliated newsrooms and the nonprofit Invisible Institute in Chicago have spent more than a year creating the biggest collection of police misconduct records.

Obtained from thousands of state agencies, prosecutors, police departments and sheriffs, the records detail at least 200,000 incidents of alleged misconduct, much of it previously unreported. The records obtained include more than 110,000 internal affairs investigations by hundreds of individual departments and more than 30,000 officers who were decertified by 44 state oversight agencies.

My book: “Amazon Hot New Release”- “A Must Have Book,” Success With The Media: Everything You Need To Survive Reporters and Your Organization available at Amazon