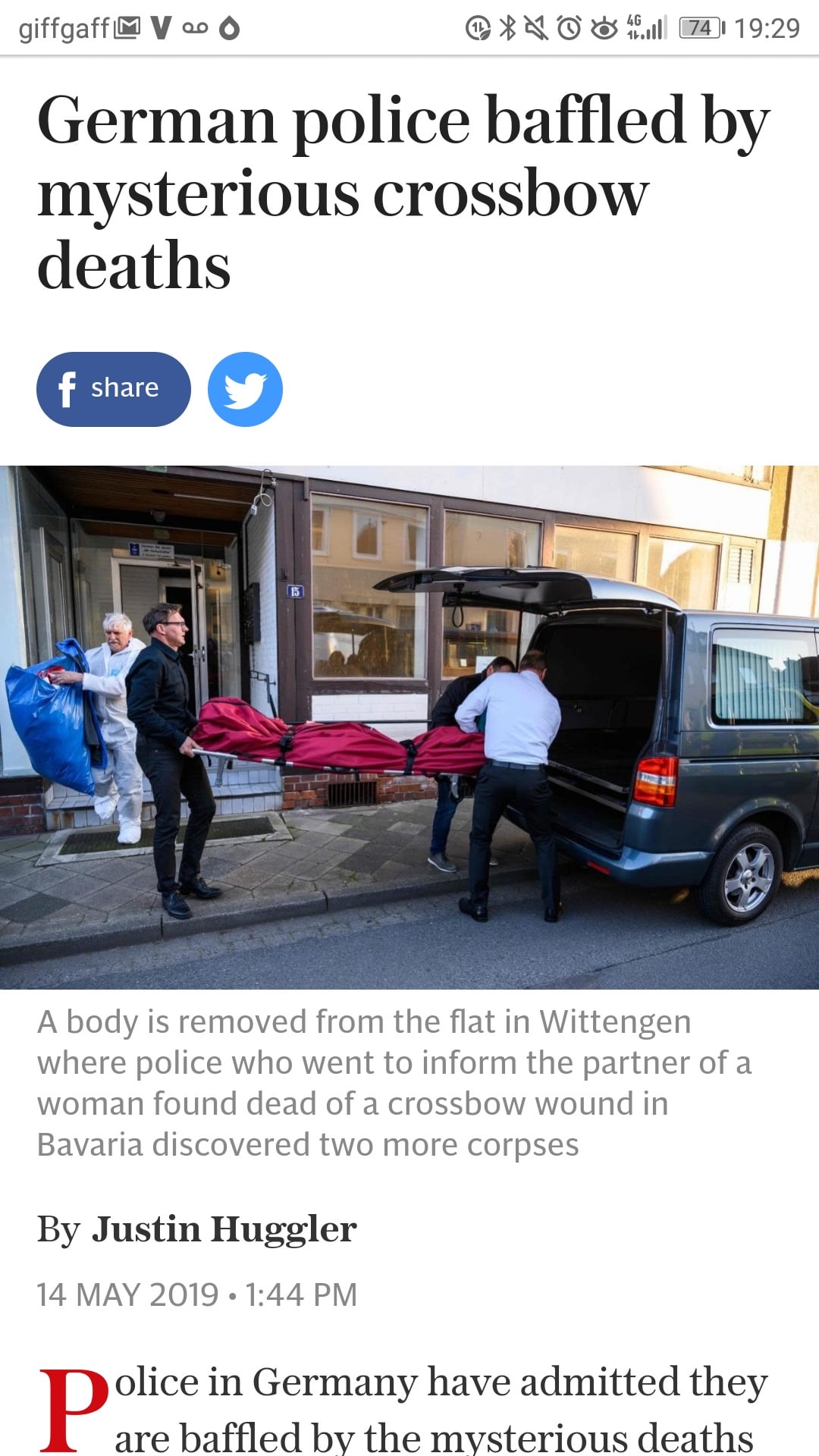 holy shit i just found out about this and i don’t live too far away from passau.

according to the münchner merkur (german newspaper) the police don’t think that an outside person was involved and it was a suicide pact of some sort. the man and the 33yo old women were found dead in the double bed holding hands and had their wills in the room. the other 30yo woman was found on the floor.

the other two women were found in the 30yo women’s flat in wittingen. one of them was a 19yo girl that just moved there, the other 35yo woman seemed to have been in a relationship with the 30 year old.

the three people in passau also seem to have been part of the medieval re-enactment scene. that might explain the crossbows?

the investigation is still going on obviously, but a suicide pact makes the most sense so far. i just wonder how the 19yo girl got swept up in this?

according to the article the other people living in the house in wittingen didn’t hear anything so i wonder if the other two women were also part of the supposed suicide pact?