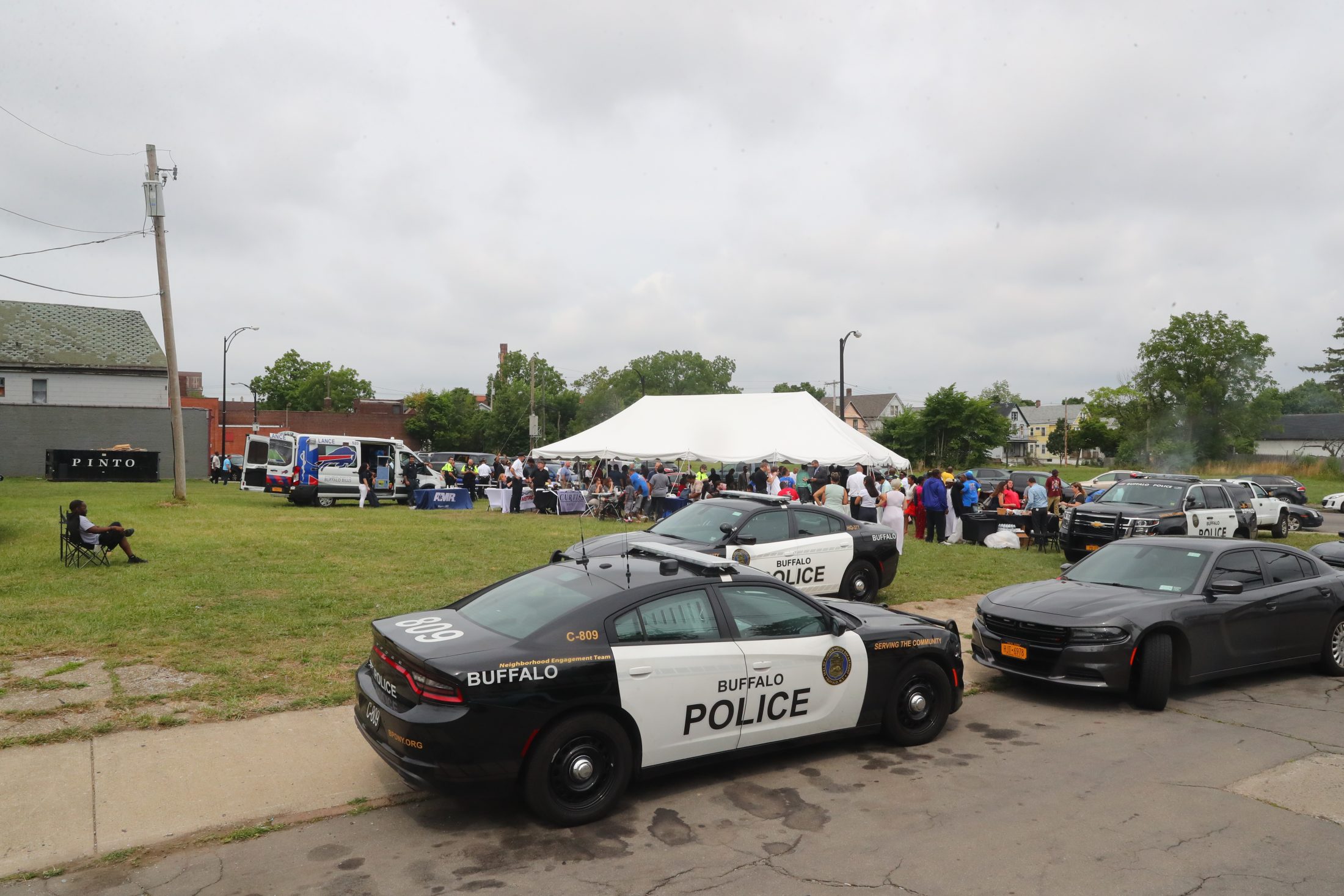 It’s not the sort of crime that normally draws much attention: selling marijuana on a neighborhood street.

But it is the kind that the Buffalo Police Department’s Neighborhood Engagement Team is taking on.

For years, neighbors on and around Sweeney Street, a one-block street of about 20 houses that runs south from Martin Luther King Jr. Park, have complained about the open sale of marijuana on their street, said Lt. Craig Macy. They called the police and complained to the city’s 311 Call and Response Center.

On Jan. 4, police arrested a 22-year-old Cheektowaga man after spotting him retrieve marijuana from the side of a house and exchange it for cash.

Following a bench trial, a Buffalo City Court judge acquitted him on a marijuana sales charge but found him guilty of fifth-degree criminal possession of marijuana, a misdemeanor. He faces a maximum of 90 days in jail when sentenced next month.

“Things like this are very easy to get lost in the shuffle,” Macy said.

As part of their mission, NET officers participate in community events, from bike rodeos and soccer games in vacant lots to attending block group meetings and hosting job fairs. But they also respond to crime-related complaints from the community. By responding to those complaints, the NET officers are hoping to build trust with the community.

“It gives us credibility,” said Macy, who along with his team was honored by the Erie County Bar Association for their community service.

The police unit is getting ready for its second summer.

The team plans some new programs, including a summer camp for kids and a GED program.

And the team’s officers plan to continue responding to the complaints they hear from the community.

“It gives people faith that the police care about their problems,” Macy said.

Responding to the complaints about drug activity on Sweeney Street, two officers on the NET team observed the Cheektowaga man “engage in a hand-to-hand transaction outside of a home on Sweeney Street” on Jan. 4, according to the Erie County District Attorney’s Office.

The officers said they saw the suspect “retrieve what appeared to be marijuana from the side of the house, which he then exchanged for cash from another individual,” according to the DA statement.

They found him to be in possession of 57 grams of marijuana – about 2 ounces, prosecutors said.

The same man had been arrested multiple times on Sweeney before, police said, on charges related to selling marijuana.

The dealer’s attorney, Paul Dell, questioned why the police and the DA’s office are taking such interest in low-level marijuana cases.

“I think it’s much ado about nothing, relatively speaking,” Dell said, given that leaders in Albany are debating legalizing the recreational use of marijuana.

“I understand the nuisance on the street,” Dell said, “but I don’t think this is the answer.”

As part of his release, his client is taking part in court-mandated substance abuse counseling, Dell said.

“If he’s compliant, I don’t expect him to get any jail time,” Dell said.