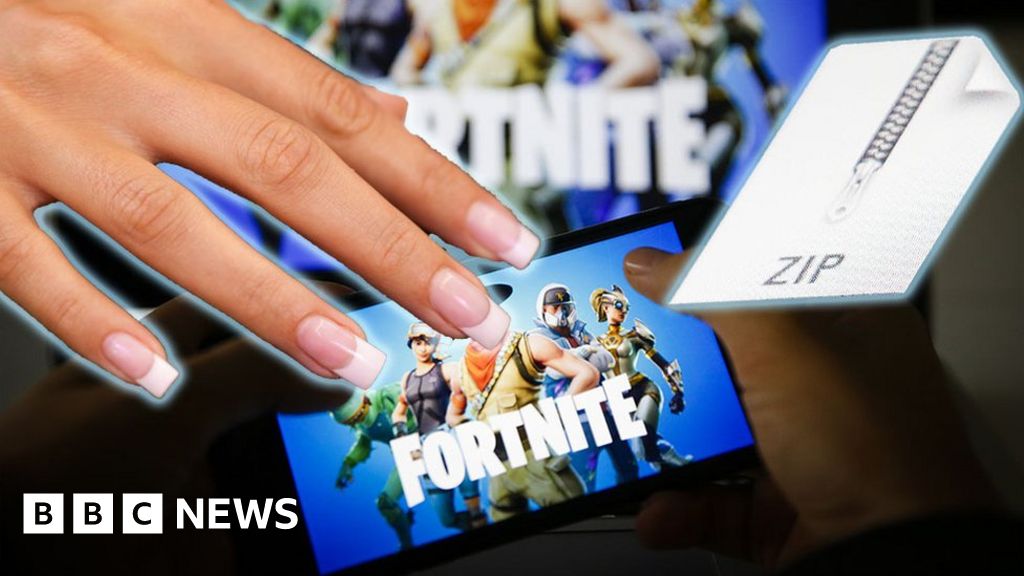 When you think of organised crime, you may think of gun-toting balaclava men carrying out big money heists in the likes of Line of Duty.

But there are more subtle ways it’s sweeping through our lives without many of us realising.

The National Crime Agency (NCA) says the threat from criminal gangs is “staggering” and it needs extra cash to fight it.

Illegal downloads, cheap pop-up nail bars and buying currency on games like Fortnite are just some of the ways criminals can make big money.

Budget nail salons have sprung up across the UK over the past few years – and they’re really popular.

“They’re a lot cheaper and sometimes I just want to have half an hour to not speak to anyone and have a pamper session,” says Hayley Burgess, from Esher, Surrey.

“I guess them only taking cash has always miffed me – there’s no card system. You have to go and get cash out.”

But behind the cheap prices and quick service there may be a criminal link.

Some nail salons are staffed by workers who have been trafficked into the UK by overseas gangs and then forced to work extreme hours.

Criminologist Dr Anna Sergi says there are ways to tell which places may have dodgy connections.

“Look out for businesses that tend to pop out of nowhere and last six months and then close down – that’s an indication of something shady going on.

“The rejection of card payments or the ways in which receipts are given – these are all the kind of things that could somehow point out an issue.”

Dr Sergi says things have changed as organised crime has become more widespread in the UK.

“We know this is now an issue affecting British citizens at the same time as other communities.”

“I wouldn’t ever want to be funding a crime so yeah – I’d potentially go to more expensive places.

“That’s always a catch though, the money side. We’re all on a budget.”

The huge surge in popularity of games like Fortnite can also help to fuel organised crime.

Black markets can be used to launder money through V-Bucks – the Fortnite currency.

Credit card details are stolen and then used to buy V-Bucks from the Fortnite store – before selling them on to players at a cheaper rate.

These scammers also often accept cryptocurrencies like Bitcoin, making them even harder to track.

Dr Sergi believes the age you are can affect whether you might unwittingly be affected.

“Obviously, young generations are way more advanced than older generations with the use of the internet.

“Communication through any social media exposes people to a number of risks, but younger generations don’t flag them as risks because you can talk to anyone at any point in your day.”

You might think it’s harmless to stream Avengers: Endgame or Detective Pikachu so you don’t have to pay cinema prices.

But a 2017 report published by anti-piracy organisation FACT says by illegally downloading movies, music or software, you could be putting cash in the pockets of criminal gangs.

“People seem to think that because parts of the mainstream media don’t see this as a big deal, that there’s not organised crime behind the selling,” says the Intellectual Property Office – the government department responsible for copyright and trademark issues.

“Time will reveal the tens of millions of pounds involved in these international networks, and the potentially crippling impact on creation in broadcasting.”

Criminal organisations mainly make money through advertising – the banner ads or pop-up windows that offer things such as betting and dating sites.

Other ways they rake in the cash is through offering subscriptions or putting malware on the site – with allows them to hijack a user’s computer.

“Downloading films may or may not be part of an organised crime scenario, but I do think it’s a serious crime and it does fuel into the black economy,” says Dr Sergi.

She says we normalise illegal downloading as though nothing really happens.

“The lack of understanding around how downloading a movie or buying anything counterfeit – like a bag – is the effects are miniscule tears in the ocean, but they all amount to a massive loss to the economy.”

Dr Sergi tells Newsbeat we need to think past the typical stereotypes in the UK of what organised crime means.