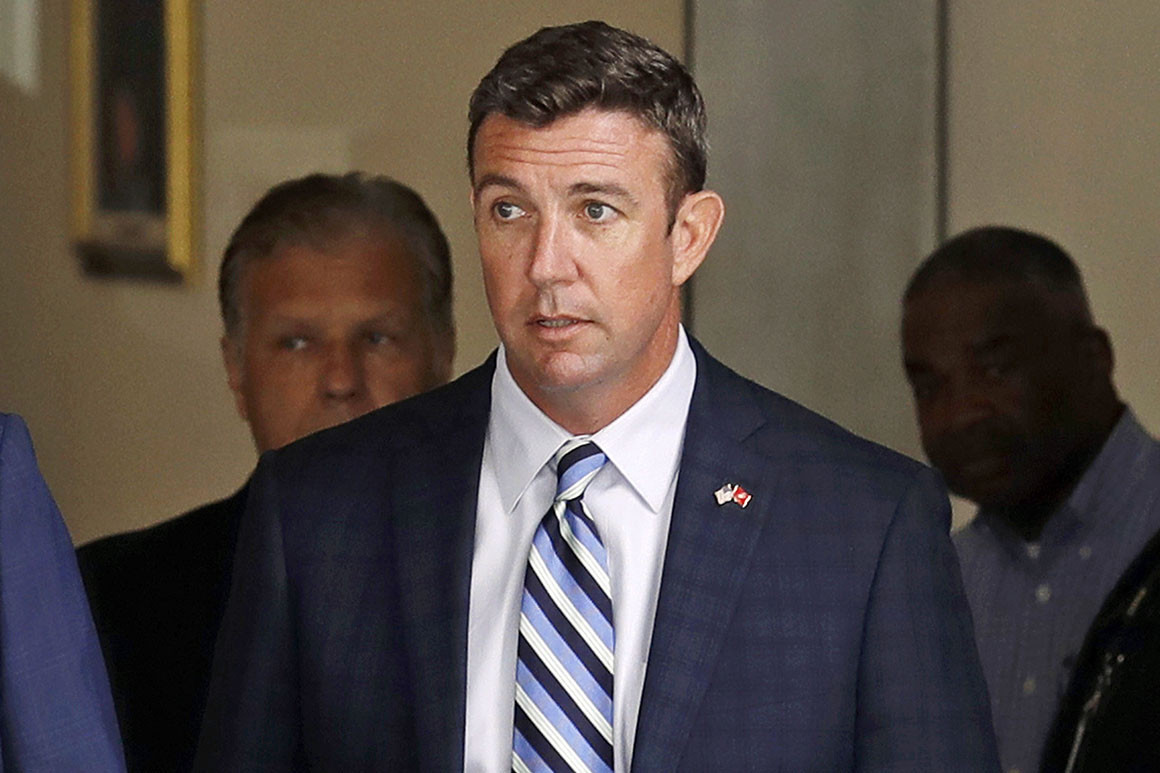 “Eddie did one bad thing that I’m guilty of too: Taking a picture of the body and saying something stupid,” Rep. Duncan Hunter said. | Gregory Bull/AP File Photo

Rep. Duncan Hunter, an advocate for pardoning a Navy SEAL who has been charged with war crimes, said he is guilty of doing one of the things Eddie Gallagher is accused of during his own time in the Marines.

“Eddie did one bad thing that I’m guilty of too: Taking a picture of the body and saying something stupid,” the California Republican said at a border-issues forum in Ramona, Calif., according to the Times of San Diego.

Gallagher, a special operations chief, faces homicide charges after being accused of committing crimes in Iraq in 2017; he is set to stand trial in June. In one case, he texted a picture of a dead 15-year-old ISIS fighter to another SEAL writing, “Good story behind this, got him with my hunting knife.”

Hunter told the forum he had taken pictures “just like that” when he was overseas but didn’t share them.

“But a lot of my peers … have done the exact same thing,” he added.

Hunter’s comment comes after a New York Times report that said President Donald Trump may be preparing to pardon several service members — including those accused or convicted of murder or attempted murder — on or around Memorial Day. The Trump administration made expedited requests for pardon paperwork — including one for Gallagher, The New York Times reported.

Sign up for Morning Defense, a daily briefing on Washington’s national security apparatus.

By signing up you agree to receive email newsletters or alerts from POLITICO. You can unsubscribe at any time.

Hunter said he “absolutely” would love to see Trump pardon Gallagher, the San Diego publication reported. In a USA Today column, Hunter wrote: “Gallagher cannot expect to receive even a semblance of a fair trial. A pardon by Trump is fully warranted.”

Hunter, who was first elected in 2008 to succeeded his father in Congress, is a retired Marine who served in Iraq and Afghanistan. He was reelected in November 2018 while being under indictment on charges of misusing campaign funds.

This article tagged under:

Missing out on the latest scoops? Sign up for POLITICO Playbook and get the latest news, every morning — in your inbox.