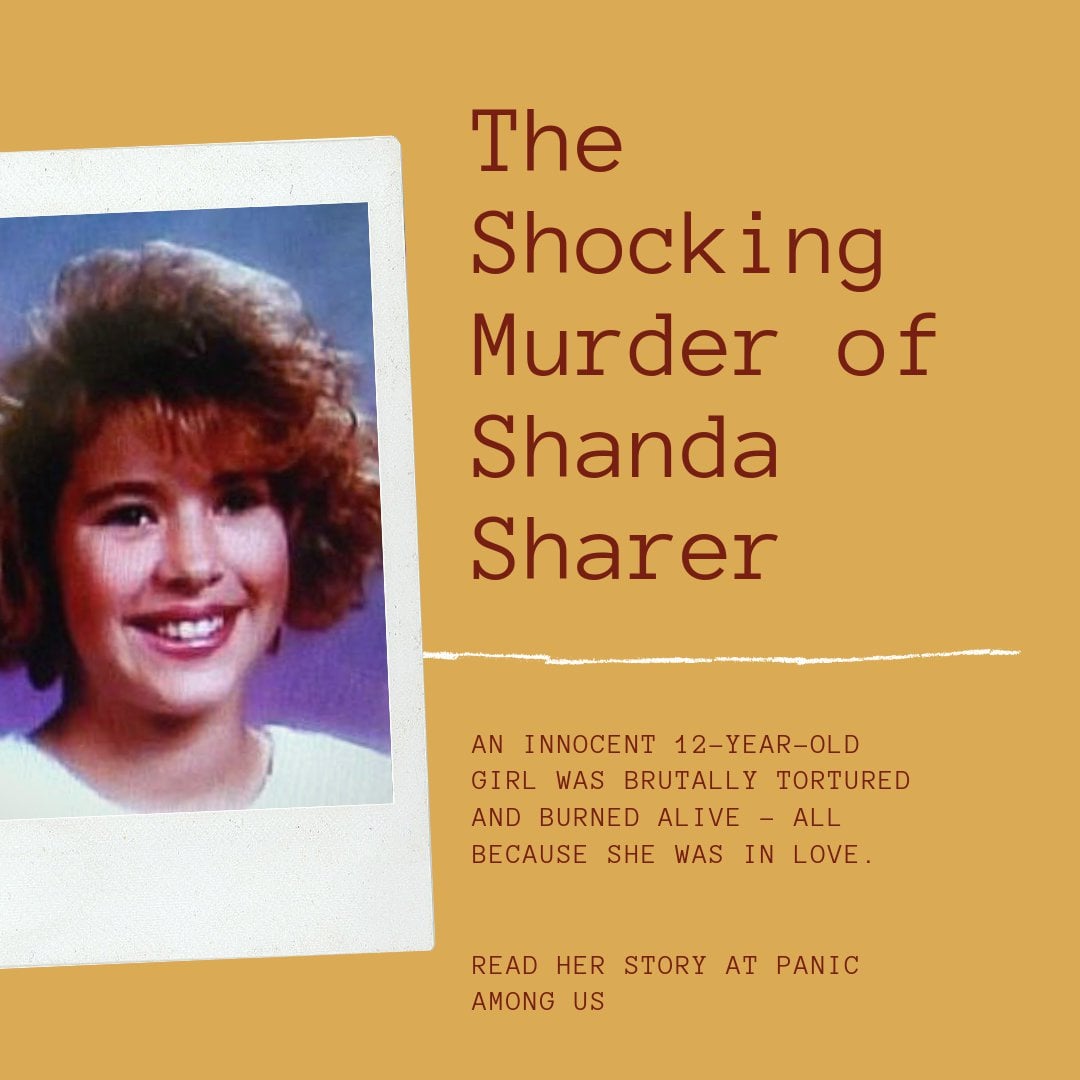 Shanda Renee Sharer (June 6, 1979 – January 11, 1992) was an American girl who was tortured and burned to death in Madison, Indiana by four teenage girls. She was 12 years old at the time of her death. The incident attracted international attention due to both the brutality of the murder and the young age of the perpetrators, who were aged between 15 and 17 years old. The case was covered on national news and talk programs and has inspired a number of episodes on fictional crime shows.