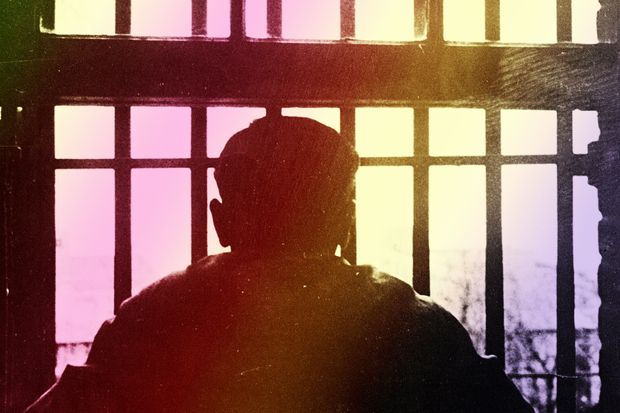 Most crimes are committed by repeat offenders. A recent study by the Bureau of Justice Statistics found that 83% of prisoners released from state penitentiaries in 2005 had been rearrested at least once by 2014. The average ex-con from that cohort had been rearrested five times over the following nine years.

This is extremely expensive. In addition to the direct cost of crimes inflicted on the rest of society, the various layers of American government spend about $150 billion a year on the prison and court systems. New research suggests that it may be possible to discourage recidivism and save money at the same time. Preventing bad behavior could be much cheaper than punishing it after the fact.

While there are many reasons that people break the law, one common explanation for property and drug crimes is lack of money. Unfortunately, people released from prison often have a hard time earning a legitimate income. Employers do not want to hire workers they fear might steal from them or, even worse, pose threats of violence to colleagues and customers, while occupational licensing requirements make it illegal for ex-felons to work in many jobs for which they might otherwise be qualified. Part of the reason that criminals return to crime is because it is one of the few things they are able to do.

Giving ex-cons money through the welfare system could help reduce the financial appeal of recidivism, but former prisoners are ineligible for unemployment benefits and are often restricted from accessing public housing. Moreover, the 1996 welfare reform bill banned anyone convicted of a drug-related felony from ever accessing food stamps unless their state government carved out an exemption. The measure was uncontroversial at the time because of the widespread belief that it would save money by limiting welfare payments to people morally worthy of support. (Total spending on food stamps is a little less than half of the total spending on prisons and the courts.)

A paper published in the latest issue of the American Economic Journal by Cody Tuttle of the University of Maryland suggests that this widespread belief was wrong. Taxpayers may not want to support criminals, but those payments would end up saving money by reducing the crime rate of repeat offenders.

Shortly after the welfare reform bill was passed, Florida created an unusual exemption: The ban on food stamps would apply only to people “selling, manufacturing, or distributing…illegal drugs in large amounts” on or after Aug. 23, 1996. Tuttle compared the rearrest rate of Floridians convicted of drug trafficking on either side of that date and found that drug traffickers affected by the ban were significantly more likely to commit further crimes than those who were not.

About 16% of Floridian drug traffickers convicted of crimes occurring shortly before Aug. 23, 1996, were later convicted of other crimes after being released from prison. Controlling for demographic characteristics, the recidivism rate for Floridians convicted of drug trafficking after the cutoff was about 25%, with the increase entirely driven by a significantly higher incidence of what Tuttle calls “financially motivated” crimes.

By contrast, there was no change in the recidivism rate of lower-level offenders who had been exempted from the ban, which suggests that changes in access to welfare can encourage or discourage criminal behavior. As Tuttle puts it, “former drug traffickers who are banned from [food stamps] choose to work more hours in the illegal sector, and thus will be more likely to return to prison.”

Boosting welfare spending may help discourage nonviolent offenses, but it would not prevent violent crimes. Fortunately, there is a simple and cost-effective solution to that problem: more lights. Increasing lighting at New York City public housing “reduced outdoor nighttime index crimes by approximately 60%,” a new study found. Over a 10-year period, “the ratio of benefits to the costs of additional lighting would be approximately 4 to 1.”

Spending money on food stamps and lights may not be as emotionally satisfying as threatening to lock people up, but it could make more sense.