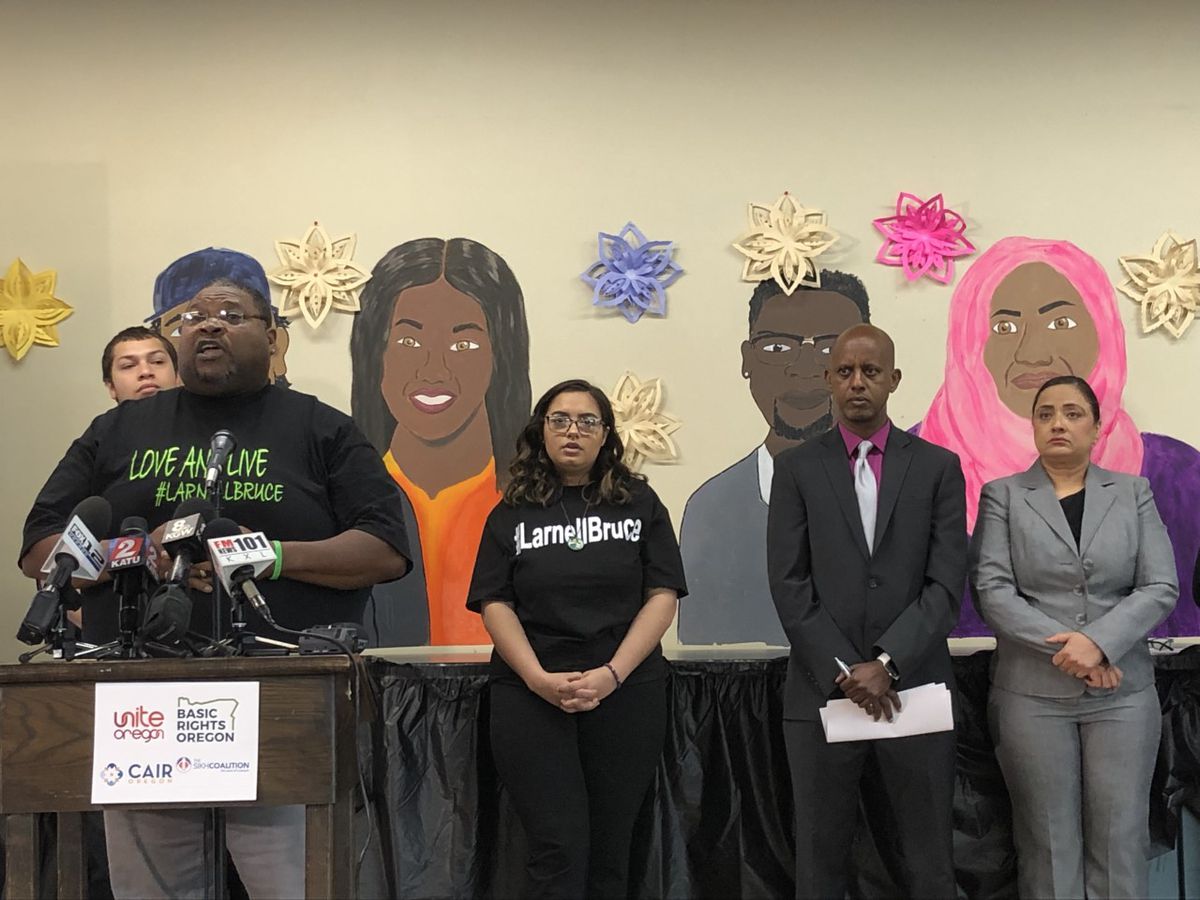 Backers of a hate crime bill Wednesday urged its support as a legislative subcommittee was set to review its proposed cost.

Senate Bill 577 , which Oregon Attorney General Ellen Rosenblum presented to lawmakers in March, would make it a felony to commit a violent offense or threaten immediate violence based on a person’s membership in a protected class. Gender identity would be added as a protected class and the name of the offense would change from “intimidation’’ to first-degree or second-degree bias.

Victims who report encounters that don’t rise to a hate crime that can be prosecuted will be referred to local services, a hate crimes hotline or a hate crimes response coordinator in the state Department of Justice. And county district attorneys will be required to track and report their bias crime prosecutions and outcomes to the state.

The Oregon Department of Justice has requested an estimated $669,664 in the first biennium, fiscal 2019-21, and $720,000 for fiscal 2021-23, to hire a hate crimes response coordinator in its office, a research analyst for the Criminal Justice Commission and allow for law enforcement training.

The bill, set to go before the public safety subcommittee of the Ways and Means Committee on Wednesday afternoon, is expected to pass later this month.

“We believe, as do our 13,000 members and supporters, that this is a very small price to pay for the safety and security of vulnerable communities. Speaking on a personal level as taxpayers, this is exactly where we want the state to be spending its funds,” read a community letter to lawmakers this week on behalf of a coalition of 14 community groups.

Meg Bushman Reinhold, of the legislative fiscal office, has recommended passage of the bill. She suggested the Justice Department use $46,453 from the general fund and $201,380 in federal money to hire an operations and policy analyst for 2019-21. The Criminal Justice Commission can hire a full-time research analyst for 2019-21 using $235,475 from the general fund, she wrote to lawmakers this week. Reinhold recommended reducing the full-time analyst position for the commission to half time once a system is in place for the quarterly hate crime reporting.

Members of Unite Oregon, Basic Rights Oregon and the Sikh Coalition, along with victims of hate crimes, gathered Wednesday in Portland to ensure lawmakers don’t allow the bipartisan bill to die this session. The Senate Judiciary Committee gave its unanimous approval to the bill.

Kristina Edmunson, spokeswoman for the Oregon Department of Justice, said she expects the bill’s passage. The requested budget may be altered by lawmakers, however.

Calling the state’s current hate crime bill, adopted in 1981, outdated, Kayse Jama, executive director of Unite Oregon said, “We want to make sure our state reflects its values. … SB 577 will make our community stronger and send a clear message that Oregon is a welcoming place for all.’’

“Hate looks very different in 2019 than it did in 1981,’’ added Nancy Haque, executive director of Basic Rights Oregon.

Larnell Bruce Sr., whose 19-year-old son Larnell Bruce Jr. was killed in a race-fueled murder in Gresham in 2016, said he didn’t believe the sentence for his son’s killer fit the crime.

Russell Orlando Courtier, 40, a member of the European Kindred gang, was convicted of murder, hit-and-run driving and second-degree intimidation, a hate crime under Oregon law that is currently a misdemeanor.

The senior Bruce said the charge should be a felony to help shield future hate crime victims.

Courtier was sentenced to life in prison with a minimum of 28 years before he’s eligible for release for the murder.

Courtier’s conviction appeared to mark Oregon’s first hate crime murder conviction in three decades. Prosecutors and a national expert on hate groups said the last time a defendant was convicted of a racially fueled murder in the state was in 1989, after Ethiopian immigrant Mulugeta Seraw was bludgeoned to death by a group of skinheads with a baseball bat on a Southeast Portland street.

The justice system needs to provide more support for hate crime victims, said Bruce and Demetria Hester, who has accused Jeremy Christian of hurling racial slurs at her as she was riding a MAX train and throwing a bottle at her. Christian, charged with killing two men and injuring another man on a MAX train a day later, is charged with second-degree assault and racially motivated intimidation in the Hester case.

Hester said she didn’t hear from a victim’s advocate for two years after her assault.

Bruce said families need help, not just when they show up to court.

“I didn’t have anyone I could talk to I can relate to,’’ he said. “I’m begging the Legislature to push that bill through.’’

Visit subscription.oregonlive.com/newsletters to get Oregonian/OregonLive journalism delivered to your email inbox.