Last month, San Francisco announced plans to close down the city’s juvenile hall, explaining that youth violence has fallen to all-time lows and the facility has become mostly empty.

A decrease in violent crime is always worth celebrating. But San Francisco’s decision puts a spotlight on the methods we use to determine which young Californians should be behind bars—and, by extension, elsewhere in the country.

Risk assessments have been used for decades to make this assessment faster and simpler. These tools help to provide some objective measure of whether a person should be detained prior to trial. Validated assessments, when calibrated correctly, are better at predicting failures to appear and future arrests than human judgment alone.

Unfortunately, an investigation at the end of last year revealed that many young people in the Bay area were being detained before trial, even when risk assessments recommended their release.

When young people who could otherwise be safely released are detained, both they and our communities suffer. They are less likely to complete high school, and their likelihood of engaging in criminality in the future increases as they are pulled deeper into the justice system.

This is why it’s imperative that, to the best of our ability, we make the decision to detain children only when there is no other option.

Many jurisdictions across the country base such decisions on the Detention Risk Assessment Instrument, which asks probation officers a series of questions and gives youth a score to indicate whether detention is appropriate.

The assessments are subject to “overrides” by a probation officer—either to recommend detention when release is indicated, or vice versa. But such overrides have become problematic in four out of the five counties that use risk assessments in California.

The 2018 investigation found that Alameda, Sonoma, San Francisco, and Santa Clara counties all had high override rates — 60 percent or higher — where officers recommended detention despite the assessment recommending release.

High override rates might signify the need for a culture shift, or perhaps indicate a lack of buy-in from the different players in the juvenile justice system. In order for risk assessments to function as intended, judges, probation officers and prosecutors all have to believe they have some validity and purpose in the courtroom.

High override rates might also indicate a larger phenomenon in the criminal justice system, one of policy not taking into account the way incentives currently operate.

We have long known that there are institutional incentives for judges to detain individuals before trial — often with high bail — rather than take the risk of releasing them. Prosecutors benefit from detention as well, as it is easier to secure pleas and move cases along when an individual is detained.

Incentives also favor police officers who detain people rather than take the risk of diverting them from the system.

Moreover, when things go wrong with a released individual, punishment is quick and decisive. The institutional player’s judgment is questioned and their reputation marred. Perhaps their name ends up on the front page of the newspaper as the judge, prosecutor or police officer who took a chance and let a dangerous individual go.

On the other hand, it is much harder to quantify the harm of detaining the person who should be released.

The goal should not be to eliminate overrides altogether. There are appropriate cases where officers know more about a particular young person, and his or her situation than can be quantified in a numerical assessment.

But when overrides come close to 80 percent, it’s time to sit down and assess what kind of incentive structure we have built that is leading to this result. 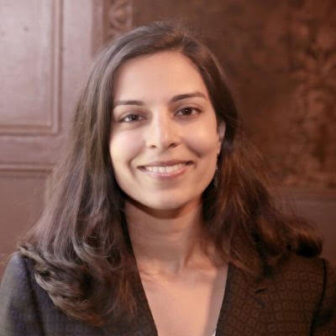 To get closer to calibrating a better youth justice system, we must examine the policies, practices and cultural mores that are leading to so many youth being detained. And to the extent that incentives can be shifted, we must make an effort to positively recognize departments as a whole when detention rates go down, instead of only condemning them when released individuals are rearrested.

Nila Bala is the Criminal Justice and Civil Liberties Associate Director at the R Street Institute and a former assistant public defender in Baltimore.