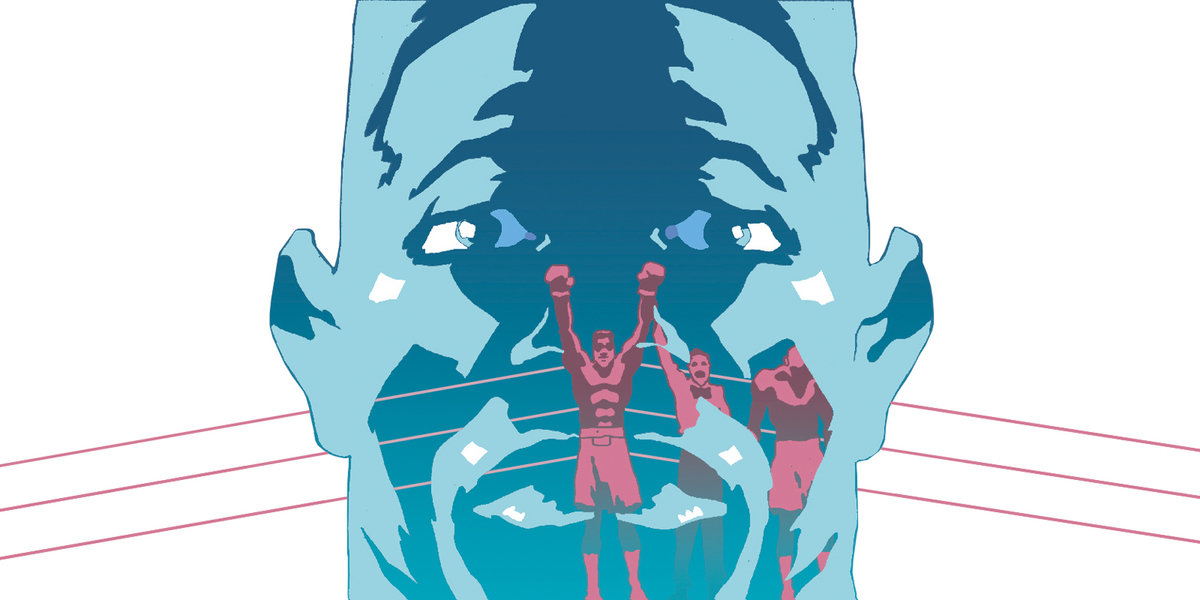 By Kassan Messiah as told to Eli Hager

Perspectives from those who work and live in the criminal justice system.

I was incarcerated at a young age. I committed a carjacking in Newark, New Jersey, and somebody was murdered. I went to the juvenile court; they tried me as an adult. I think I probably was like 14. It was 1981.

I wound up taking a plea bargain for a max of 30 years. That’s how I started.

My younger brother came in maybe a couple years after me. I was in the youth prison at Bordentown, New Jersey. He got put at Yardville. We could each look out the window and see the other facility.

But I wanted to go see him better. And the only way it was possible for us to ever see each other while incarcerated in different facilities would be to participate in some type of sport.

New Jersey was big on sports. They had a program where we could travel from one facility to the next to participate or compete with other teams. So, I said, You know what? The best thing for me to do is probably to get on the boxing team and train. I sucked at basketball. I had a little background with karate. So boxing is what I thought would be the quickest route to my brother.

They had tryouts. The coaches were other inmates. Everybody signed up, and they’d train us for two weeks. They’d match us up, and then we’d have box-offs. You have to fight your way on the team.

Not only did I get on, I really got good. I was dedicated. I was the first person in the gym and the last one to leave. Guys used to talk about it, because my cell used to smell like the gym. I had a homemade punching bag in there, and I punched that bag all day. I’d do pushups and do sit-ups. I literally woke up thinking, eating and drinking boxing.

My first seven fights were all first-round knockouts. They started calling me “One Round” or “K.O.” Since my first name is Kassan, they also called me “Special K.” I was destined for a stardom beyond prison.

But when I finally did make it over to Yardville to fight, my brother had been moved to another facility. That was the irony of it. It was sad, too, because that was one of my best fights. I knocked the guy out, I think in the second round. And I was like, “Yeah, I prepared myself to come over here to do this for him, and he ain’t even get a chance to see me represent.”

Still, I just kept going with boxing. I kept on fighting. Suddenly I was 63 and 0.

And that included five professional fights.

I had been moved to the former Rahway State Prison at one point, which was famous for boxing. Peter Heller, a sports producer for ABC News, came out to one of my fights inside the facility, and he talked about me. The former chair of the state boxing board in New Jersey came to see me, and when I got out on parole in 1992, my name was buzzing so much that I had a manager and local businessmen wanted to sponsor me. I was even next to Mike Tyson and Sonny Liston—who both served time themselves—in a list of prison boxers in the 2014 book Boxing’s Most Wanted.

In the time I was free, I fought five fights. I can’t remember ever being close to losing. I think I would have died before losing. I just thought that nobody could beat me. The work that I put in, waking up in the morning, running, doing what I was supposed to do. No smoking, no sex, all of it. The maximum amount of sit-ups, the maximum amount of pushups, dedication. Everything was hardcore. One-track mind. That was me.

I don’t have a car. I don’t have a TV. I don’t have a phone. I’m living like I am still in prison. That’s how dedicated I was to the fight. So, on Oct. 1, I’m five days out, I’m training hard. I come out of my rooming house to go make a phone call. And as I’m in the phone booth, a car comes up on the sidewalk. I thought it was an accident, so I drop the phone and go to see if I can assist. The person jumps out of the car, pulls a gun on me, tells me, “Get down on the ground.”

They handcuff me, search me. They’re thinking I’m a person that committed a murder in Dobbs Ferry, New York.

I tell them I’ve never been in Dobbs Ferry a day in my life.

But I had let one of the guys I grew up with use the car I had been renting, and the car was later tied to a murder. They saw my record, and I was charged and convicted based on the DA’s claim that I was paid to kill him.*

My passion for the sport has never changed, not even after I went back to prison for life. It’s never wavering. At all. I teach guys all the time, because a lot of people want to learn how to fight.

When I see guys punching the bag, and I see they are doing it wrong, I’ll always go over there and correct them. I say, “Yo, you’d do a little better if you turned your foot this way, and you lean back over this way. Your punch would probably come out a little more accurate.”

I’ve had the opportunity to train people and mentor them at the same time. About life. About relationships. About sacrifices. About consequences.

Green Haven prison is one of the few facilities in New York that still has a boxing program. We only got a bag and some pads. We don’t have a ring. But I was able to continue my boxing.

I don’t regret being locked up. I was a bad kid. I didn’t commit this crime, but there was so much stuff that I’d done before. I try to say, “This is karma coming back to me.” The only thing I look at as a regret is that I didn’t get the opportunity to do what I wanted for my mother.

My mother passed away about two, three years ago, while I was in here. A black woman who raised four children, without a father. More than anything else, I wanted to see that she never even thought about money again.

And I was so close to making that happen, but then—prison. And she died.

What do I love most about boxing, besides raising my hand in victory? It’s that I am able to rise above those who are supposed to be comparable to me as far as size, age, weight, height, worth as people.

Believe it or not, some of the guys I’ve knocked out, I really felt sorry for. I hit ‘em so hard, I was like, “Damn. That hurt. I know it hurt.”

I mean, I wanna knock you out, don’t get me wrong. I will definitely love to see you unconscious. But if you hurt, I’m not the one that’s gonna stomp you down. That’s not me.

Kassan Messiah, 53, is incarcerated at Sing Sing Correctional Facility in Ossining, New York, where he is serving a sentence of 37 and a half years to life for second-degree murder, robbery, and weapons charges. He will become eligible for parole in 2032.

*Editor’s note: Court records show that three eyewitnesses identified Messiah as the perpetrator in his second murder case: one from a photo three days after the murder, one from a photo four days after and one from a lineup two weeks later. Then-Westchester District Attorney Jeanine Pirro, now a Fox News host, argued that Messiah was hired to commit the murder; Messiah claims he is innocent. Messiah’s lawyers argued on appeal that the prosecutor improperly struck seven black candidates from the largely white jury pool. The appeal was dismissed.