A Muslim woman who was robbed and brutally beaten by a group of young people last month says the New York Police Department and the Bronx District Attorney’s office failed to properly investigate until she dug up video evidence proving the hate crime.

Fatoumata Camara, 22, said the authorities’ lack of investigation into the May 10 beating that sent her to the hospital with a broken nose and a head injury forced her to do the investigative work herself, uncovering surveillance video from a business near the crime scene. Camara, who lives in the Bronx and wears a hijab, said the NYPD reopened her case and is investigating the attack as a possible hate crime after she presented the footage this week.

“I told myself I wasn’t going to be one of those cases that got abandoned,” Camara told HuffPost. “I was going to get justice for what happened to me that night.”

Camara, who graduated from college with a degree in engineering on May 29, said an NYPD official told her earlier that the case had been closed due to lack of evidence.

Authorities disputed the claim that they abandoned the case. The DA’s office said the case was not closed, but was referred to the NYPD. The NYPD said the investigation “is active and ongoing” by the 42nd Precinct detective squad. Police did not elaborate.

Women like Camara who wear hijabs face an increased threat due to their visibility as Muslims. The New York City Commission on Human Rights found that black Muslim women living in the Bronx were at “notably high risk for bias motivated assaults,” with 1 in 5 women having experienced physical assault. 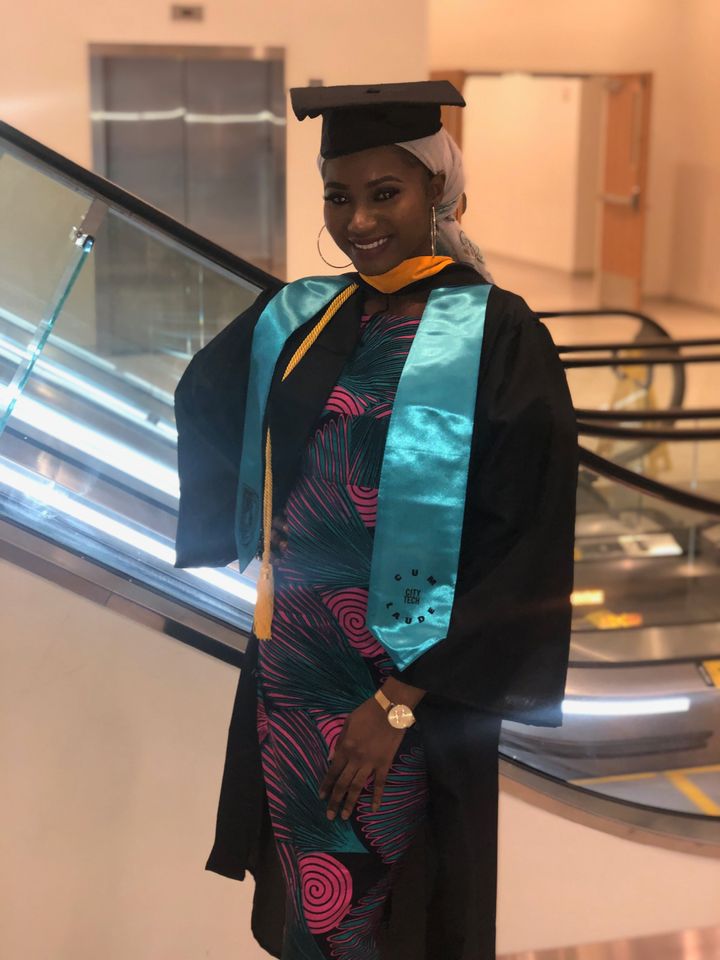 Camara was attacked on her way home from a New York City College of Technology award ceremony, where she was honored for her work as student government treasurer. She boarded a bus at the Grand Concourse and 167th Street stop outside the college.

Once seated, approximately 10 to 12 young men and women, including some teenagers, began to harass and taunt her, she said. They threw sunflower seeds, she said, and called her racial and sexist slurs, including “dumb, black bitch.” They also mocked her “stupid headwrap,” according to Camara.

The group followed her when she got off the bus at 168th Street and Third Avenue. The surveillance footage shows Camara being pushed, punched and kicked. One person pulled off her hijab.

It wasn’t until a bystander intervened that the attack briefly halted. But then the attack resumed and an individual is seen striking Camara again.

Police eventually arrived. Some of the assailants ran, but officers took three people into custody. They were later released without charges.

Camara was taken to St. Barnabas Hospital in the Bronx, where she was treated for a broken nose and a head injury. Her bag ― which included a stipend reimbursement check for $500, her Social Security card, her state identification and her U.S. passport ― were stolen, according to her lawyer. Her engagement ring was damaged during the attack and her clothing was torn.

Later, Camara met with police officers at the 42nd Precinct, where she was shown photos of 18 people and asked to identify her attackers, including the three people taken into custody the night of the assault, according to her lawyer. Camara, traumatized and unable to clearly see the attackers during the assault, couldn’t pick out anyone in the photos, so she said investigators told her they were closing the case.

“It was unfair for me. I’m the victim of this whole situation,” said Camara. “For them to just drop my case like that because I couldn’t identify these people through photos, I was very upset.”

“We have such a clear case of not only a crime being committed, but of a hate crime taking place,” Mohamed said. “There’s clear evidence. Our client not only provided some of this evidence to the detectives, district attorney, but instead of investigating and doing their jobs, the NYPD, the district attorney, decided our client’s life just didn’t matter enough for them to take it seriously.” 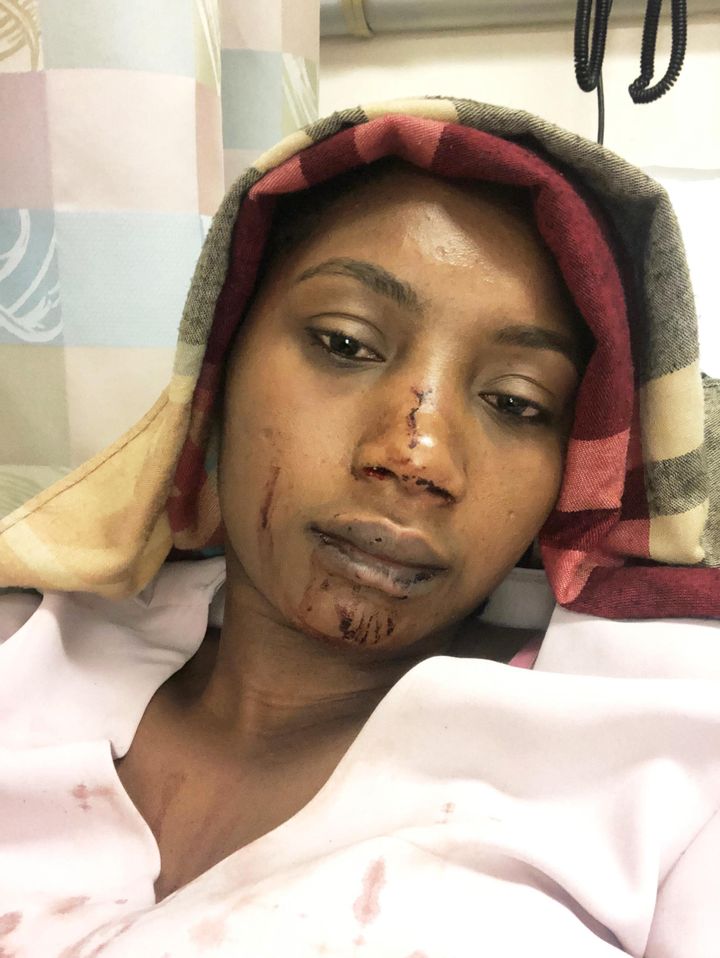 On May 14, Camara went back to the precinct and requested a copy of the police report. Instead, she said an official gave her a letter from the legal department denying her access to the report because it had been sealed by court order. She said she twice since tried to meet with detectives handling her case, to no avail.

“I had to run after them every day just to get answers from them,” she said of the detectives. “It shows they don’t care. I have the right to be protected in this country.”

Not long after that, Camara noticed a business near the scene of the beating had surveillance cameras. She met with the business owners and obtained the footage, then forwarded it to the police and media outlets.

Camara said police finally reached out to her on Monday after media reports featuring the footage.

She said she hopes with the video, police can find the attackers. But she said the authorities’ lack of support has left her traumatized.

“I’m scared to go out by myself now. Because of this incident, I don’t know what’s going to happen to me,” said Camara. “I just hope this doesn’t happen to somebody else from my community.”

Were you a victim of an anti-Muslim hate crime? Get in touch: rowaida.abdelaziz@huffpost.com

An earlier version of the story misidentified the stop where Camara boarded a bus and the official who she said told her the case had been closed.