In 1935, a man named Paul Ivar was murdered in Los Angeles.

Though he was the victim, newspapers scrutinized his supposedly “shadowy past.” The New York Daily News called him “a neurotic young man with a flair for feminine accoutrements and effeminate companions.” The paper claimed he spent time with a “colony of neurotics,” including women who “were said by police to attire themselves habitually in male costume.”

“Neurotic,” James Polchin writes in his book Indecent Advances: A Hidden History of True Crime and Prejudice Before Stonewall, released earlier this month, “was code for a host of sexual and gender transgressions” at the time.

According to Polchin, a cultural historian and professor of global liberal studies at New York University, the victim-blaming evident in accounts of Ivar’s murder was typical of the way the press covered crimes against gay or presumed-gay men between World War I and the Stonewall uprising in 1969.

In the early and mid-20th century, gay and bisexual men were especially vulnerable to violence. But crimes against gay men were rarely reported as such in the press. So Polchin searched newspaper archives for terms like “man found murdered in hotel” or “sailor found murdered in park,” and sifted through the resulting articles for what he calls “the undercurrents of queer experience” — details about where or how the victim and killer met, for example.

What he found was a trove of what he calls queer true crime stories — some front-page news at the time, some buried and long-forgotten — that chart a history both of violence against gay men and of society’s attitudes toward that violence. Crime stories, Polchin told me, can reveal “a set of cultural anxieties and uncertainties” — and the stories he read for Indecent Advances reveal American society’s evolving but ever-present anxieties about gay men and their lives in the decades before Stonewall. 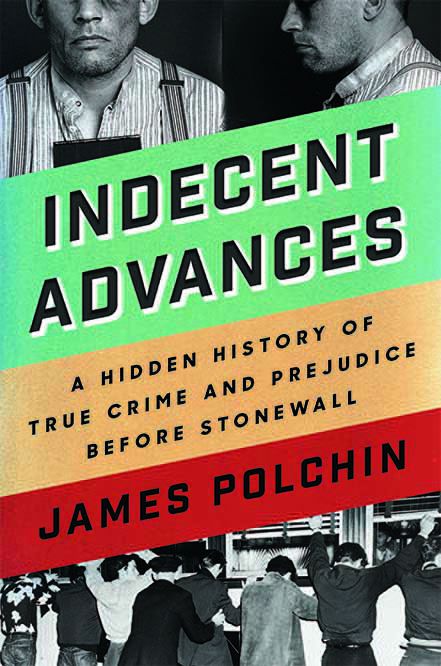 Indecent Advances stops with the 1960s, but, Polchin writes, “as I did the research for this book, I was often confronted with the reality that these stories are not that far from us.” We see their echoes, he says, in the murders of trans women of color, often under-reported by the mainstream press, and in “the continued use of gay conversion therapy, which replays post–World War II arguments that homosexuality is a condition that can be (and should be) cured.”

“While the rhetoric today may be different,” Polchin writes, “the efforts to criminalize and marginalize queer people have not disappeared.”

Polchin talked to me by phone about the history of queer true crime stories and what it says about America today. Our conversation has been condensed and edited.

The queer true crime stories that you researched — to what extent would we now think of these as hate crimes? Are we looking at targeted crimes against gay men, or are we looking at something else?

It’s clear, I think, that gay men were targets because [perpetrators] knew that they could be robbed or assaulted with little consequences. Mostly because homosexuality was criminalized. So it put queer men in a more vulnerable position in the legal system.

But what’s interesting too is that many of these stories I talk about are men who are married with kids. It’s unclear whether they were themselves kind of conforming to standards of the time and had some homosexual hookups occasionally, or whether they were bisexual, or some kind of fluid sexuality but what it does show, I think, is how in criminalizing homosexual acts you don’t just target men who are living their lives as gay men, but you affect a whole range of sexual practices.

You target a whole range of sexual practices as criminal or deviant and therefore more vulnerable.

When you talk about gay men being vulnerable, is it that because many would be afraid of going to the police after a robbery or assault because they themselves would be criminalized?

Right, and that’s a really troubling element here. That not only were these men victims of assaults, but they may not have felt able to got to the police because they would have been seen as criminals. At that time, sodomy laws criminalized homosexual behavior so, you couldn’t really find any recourse in the justice system.

To give our readers an idea of what these stories were like, is there one in particular that really stuck with you as you were doing your research and writing?

There are two, actually, that really struck me in different ways. One is from the early 1930s and it’s two murders actually. The killer is named Kenneth Neu and he had met his first victim in Times Square, and went back to the victim’s apartment in New Jersey, and had apparently spent a few days with him. [They had] what he claimed was an argument that then turned very violent, and he ended up murdering his companion. Later on, [Neu] would claim that [his victim] came on to him with the term of “indecent advance,” which was a common term in the press by the 30s and 40s as a way to explain and justify violence and murder.

Then he took the victim’s car and his clothing as well, and he drove down to New Orleans. There he connected with an older, married man with children who was in the city on business, and ended up strangling him and brutally beating him to death in a hotel room.

He went back up the East Coast to New York and then was ultimately arrested.

[Neu’s] sanity was very much a part of the trial in New Orleans, whether he was actually mentally sane. The prosecution was making the argument that he was normal and completely sane. One of the key parts of that argument was they looked up the first murder in New Jersey and said, “Here is a man who came on to him and he violently rebuked him. That’s evidence of his normality.”

It’s a story that would play out over and over again in courtrooms through the 30s, 40s and 50s that somehow one’s normalcy is defined by the fact he would kill the man that came on to him.

There’s another smaller story that happened a few years later in the 30s in New York. The victim had been a transplant from Virginia and had lived in New York for a few years, working in theater, working in retail. It’s clear he was living his life as a gay man. He had brought home two men that he had met out at bars and they had tied him up and brutally beat him to death.

Once they were arrested and they went to court, the victim’s family didn’t want to go to trial, because they were fearful of the publicity that would come with it, making known their son’s homosexuality. So they opted for a lesser charge for the two men who committed the crime.

I understand why the family had done that, to protect themselves in some ways, but it really is heartbreaking to see those stories. Because it really just continued to keep the silence around this kind of violence and victimization.

What are some of the patterns that you saw when you were reading these stories?

What fascinated me in the research was how these crime stories really did reflect the era’s anxieties. In the 1930s, the Depression, these stories of working-class men and wealthier companions were very prominent. The crime stories in that period also were about law and order, how the state was constantly on top of keeping law and order in a period that felt very unstable and very chaotic.

In the 1950s, and the post-War, Cold War period, you have the influences of [sexologist Alfred] Kinsey, and other newer theories of homosexuality that saw it more as an invisible threat. You see that in the crime stories. You see these ideas of homosexuals and Communism: “You never know who might be a homosexual.” And the crime stories kind of play that out as well — we have a lot of stories of men who are married, men who are married with kids, seemingly normal men who had engaged in picking up men and taking them to a hotel room.

The crime stories really concentrated on a set of cultural values and beliefs around crime, or sexuality, or politics, in those decades before Stonewall. 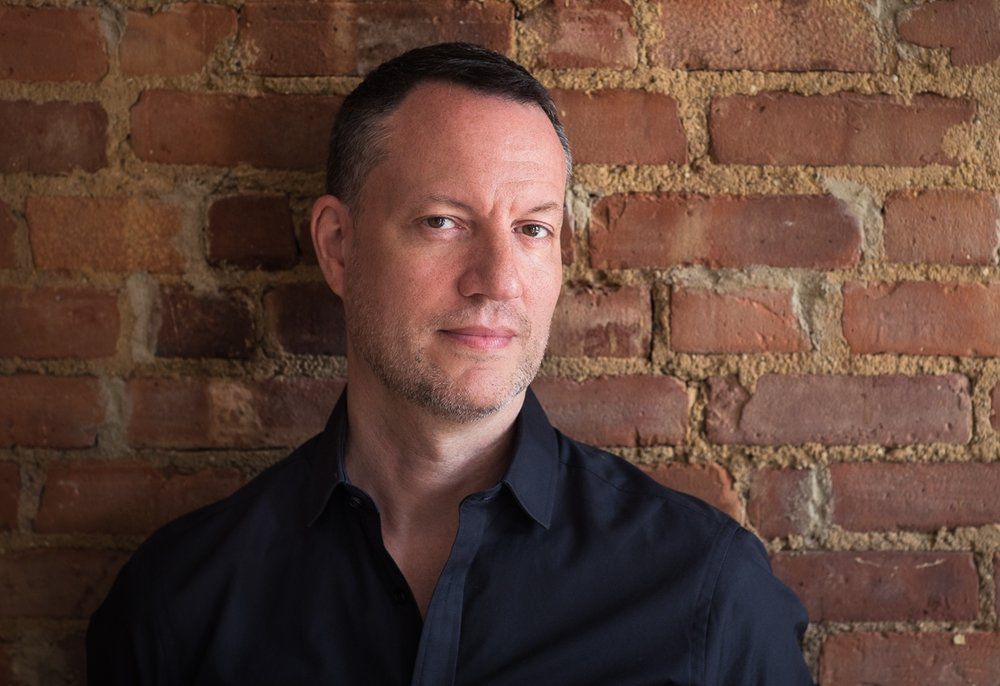 How did racism and classism came up in the stories you read?

I was working [mostly on] stories that were in the mainstream press in these decades before the civil rights movement. Crime pages were as segregated as the rest of society. So you do see racial [and] class prejudices play out in the crime stories as well.

In the 30s, during the Depression, concerns around working class men and violence were very prominent in the crime pages, so that was also prominent in these queer true crimes.

What was also interesting, you’d see how they write about this. How the African-American press reports differently on the same crimes that involved black men and white men than the mainstream press would.

What were the differences?

For many years I’ve taught a course at NYU on the history of murder, the idea of murder as a story to tell, whether it’s in detective fiction, or murder mysteries, or true crime. What fascinates me is how crime stories concentrate a set of cultural anxieties and uncertainties, whether it’s around race or class or sexuality or whether it’s about politics.

For me, looking at true crime stories in the press, I came at it thinking, “What can these stories help us understand about homosexuality, queer sexuality, in this period?”

So on one level it definitely is about recovering these true crime stories but also it is telling that bigger history that those stories illuminate for us, in how they amplify bigger concerns of the period.