Dark Capital is a series that explores the intersection of business, wealth and crime. It’s featured on Sundays.

On February 6, 2009, Robert Richards admitted to raping his 3-year-old daughter. “I feel horrible,” he told the judge, according to court documents. “There’s no excuse for what I’ve done to her.”

His lawyer, calling the 6-foot-4, roughly 300-pound Richards “a somewhat gentle person,” argued he “would not fare well” in jail. Hours later, Richards walked away from Delaware Superior Court a free man. He pleaded guilty to a charge of rape in the fourth degree, paid a fine of $4,395 and promised to attend a high-end treatment center in Massachusetts. Judge Jan Jurden, who presided over the case, had initially considered sentencing Richards to eight years in prison; ultimately she gave him eight years of probation. “I have concerns about this, because arguably, you should be [in jail] for what you did,” Jurden said during the sentencing. “But I think you have significant treatment needs that have to be addressed, and you have very strong family support. So unlike many unfortunate people who come before me, you are lucky in that regard, and I hope you appreciate that.”

Richards did have support that most convicts lacked. Upon his release, he went back to living on the proceeds of his multimillion-dollar trust fund, the result of being a member of one of Delaware’s most powerful families, the du Ponts. While he never worked for or had any affiliation with the DuPont company, he still benefits from the family fortune, which Forbes valued at $14.3 billion in 2016, and dates back 200 years in the state.

“You have very strong family support. So unlike many unfortunate people who come before me, you are lucky in that regard, and I hope you appreciate that.”

Richards also benefited from another, remarkable stroke of luck: The case was missed by the local press, and he avoided any negative attention. That is, until 2014, after his marriage had ended, and his ex-wife, Tracy Richards, sued him in civil court for monetary damages caused by his crime. Suddenly the earlier case became a national sensation—fueled by public outrage—and many were astonished that Richards had evaded jail time. Many also wondered what role his fortune played in keeping him a free man.

The du Ponts, a Polygraph, a Biden

Richards’ daughter was about 5 years old when she described to her maternal grandmother, Donna Burg, a particular way her father touched her in October 2007, according to court documents. Burg immediately told her daughter about what she was learned, and the two contacted a doctor and the Child Abuse Hotline. Richards was eventually arrested on charges that he had been abusing his daughter since she was about 3 years old. In June 2008, Richards pleaded guilty.

By December, Tracy Richards had filed for divorce, which was finalized in February, right around the time Robert Richards faced the judge.

On the day of his sentencing, though he promised he would undergo treatment out of state at an upscale clinic affiliated with Harvard Medical School, his probation status didn’t allow him to do so. Instead, he mostly stayed in Delaware to receive psychiatric care and group counseling for sex offenders, according to a probation document from 2010.

But after a year of treatment, Richards’ sex offender counselor thought the multimillionaire was making little progress and wasn’t disclosing enough of his sexual history to effectively work through his problems, according to the same probation report. Richards’ counselor recommended a polygraph examination, and the results suggested Richards may have raped his younger son, too.

Richards is “very concerned that something happened with his son,” the 2010 polygraph report stated, but believes that he has repressed the memories. The report also indicated that Richards promised that whatever he did to his son he would never do again. But two years later, Richards’ probation officer reached out again to the court with his “concerns about Mr. Richards past offenses concerning his son.”

Law enforcement investigated these concerns but never took any action, according to a local news report. The New Castle County Police Department declined multiple requests from Forbes to comment on the case. Forbes was unable to speak with Richards despite multiple phone calls and requests through representatives.

Then in 2014, Tracy Richards filed a claim with the Delaware Superior Court seeking monetary damages on behalf of both of the couple’s minor children and alleging that Robert Richards “breached his duty of care to his young children.”

This time, however, Robert Richards failed to avoid the public eye. In March 2014, Tracy Richards held a press conference about her civil suit that earned wide coverage. “Making matters worse, this self-admitted rapist and child abuser has not paid a single penny to these children for his crimes,” said Thomas Crumplar, the Wilmington-based attorney who represented Tracy Richards, according to a local news report. Crumplar stood next to a distraught Tracy Richards and her mother, Donna Burg.

A collection of April 2014 headlines about the Richards case.

The suit was settled in about three months. Tracy Richards wouldn’t discuss the case with Forbes.

But the aftermath of the suit carried on. Richards’ story became the focal point of a media frenzy, one so significant that Judge Jurden reportedly received multiple threats and had to get a security detail. It even dragged Vice President Joe Biden’s late son Beau Biden—then attorney general of Delaware—into the furor.

Biden’s office had originally charged Richards with two counts of second-degree rape, punishable by a minimum prison term of 20 years, according to a local news report from 2014. Now he needed to explain how his office allowed Richards to plead that down to no term at all.

A History of Influence

Biden wrote an op-ed in the Delaware’s News Journal arguing that the case against Richards in 2009  “was not a strong case, and a loss at trial was a distinct possibility.”

Through the plea deal, Richards at least had to register as a sex offender, go to sex-offender rehabilitation therapy and promise not to have contact with the victim and anyone under the age of 16, Biden noted. “A loss at trial would have rendered any of these restrictions impossible.”

It’s true that the case might have been hard to prosecute. According to David Finkelhor, director of Crimes Against Children Research Center, prosecutors can find themselves in a tough spot when presented with cases where the victims are young children (and thus, unfortunately, not strong witnesses) and there is little to no medical evidence.

What makes it harder for prosecutors, Finkelhor says, is when the alleged perpetrator has money for a strong defense.

“If the prosecutor is looking at a defense lawyer who is not only very good but also knows how to throw a lot of wrenches into the machinery,” Finkelhor says, “and keep things going for a long time and take a lot of effort and time out of his or her staff’s responsibilities to gain a conviction there,” it can eventually lead them to drop or lower charges out of exhaustion.

That’s what happened in this case, according to a source with a close understanding of the case who asked for anonymity out of fear of reprisal. “You would expect that somebody who’s well off is going to get a better lawyer and get a better deal,” the source says. “The [defense lawyer] was so great. That’s what really did it.”

That defense lawyer, Eugene Maurer Jr., is a noted veteran of 40 years who’s most famous for defending former Delaware deputy attorney general Thomas Capano, who was found guilty of murdering his girlfriend in 1999, and Steven B. Pennell, a Delaware serial killer, in the late 1980s. On his professional page, Maurer boasts of being named “Delaware’s Top Criminal Defense Attorney” for about 25 years. Maurer did not respond to multiple interview requests from Forbes.

The du Pont family fortune spans continents and centuries. Pierre du Pont, a wealthy publisher and economist, was an advisor to Louis XVI, the last king of France before the French Revolution. Pierre’s son Éleuthère Irénée, also known as E.I., was a scientist who worked at a gunpowder plant in France, where he focused on improving the explosive’s formula and techniques for its mass production.

After Louis XVI was executed during the revolution, the du Ponts quietly moved to the United States in 1799 to grow their fortunes. E.I. du Pont founded the DuPont company in Delaware, 90 miles from where Richards still lives.

“Delaware became the early habitat of the du Ponts. It is often averred that they ‘own’ it. That they long have been the most influential family in Delaware is universally recognized,” B.C. Forbes wrote in 1937: “They have become so because they have done more for their home State than any other family has done for any other State. Their munificences have been and still are many-sided and magnitudinous.”

“The du Pont family, a huge family; they had their crazy people…and they just took care of it.”

And the DuPont fortune, expanding with the company as it went from gunpowder maker to chemical behemoth, still supports some 3,500 members of the family, which has included such notables as Pierre S. “Pete” du Pont IV, who was governor of Delaware from 1977 to 1985. After a failed presidential bid in 1988, he became a partner in Richards, Layton & Finger, Delaware’s largest law firm, where Robert Richards’ father was reportedly also a partner. 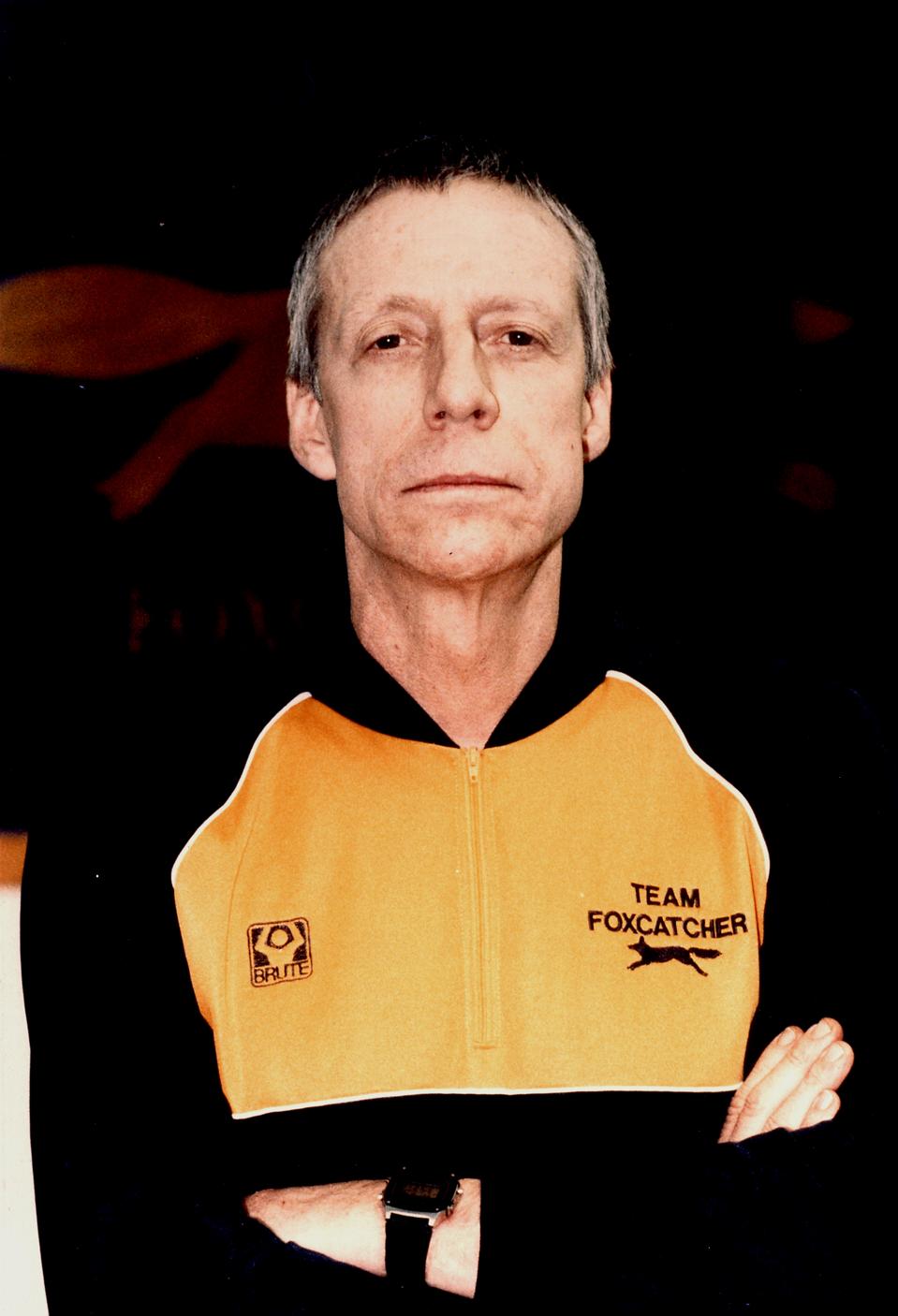 The late chemical heir and convicted murderer John du Pont, wearing a warm-up suit from Team Foxcatcher, the private wrestling club he funded at his estate.

The family also lays claim to infamous members such the sportsman and marine biologist John du Pont, who in 1996 murdered Olympic gold medal wrestler David Schultz on his 800-acre Main Line estate outside Philadelphia. Du Pont was found guilty of third-degree murder and went to psychiatric treatment in Pennsylvania’s Cresson state correctional facility. The only member of The Forbes 400 convicted of murder, he died in jail in 2010 at the age of 72. (The episode was dramatized in the 2014 film Foxcatcher; Steve Carell earned an Oscar nomination for his portrayal of du Pont.)

Richards now lives in a multi-bedroom house hidden behind tall trees in Hockessin, Delaware, according to the Delaware sex offender registry. Since his eight-year probation ended in January 2017, he appears to have maintained a low profile.

“The du Pont family—huge family—they had their crazy people…and they just took care of it,” says the source close to the Richards case, who points out that, at the least, Richards must pay a price his forebears never would have had to.

“[If] Richards [was] a generation before,” the source says, “nothing would have come to light.”