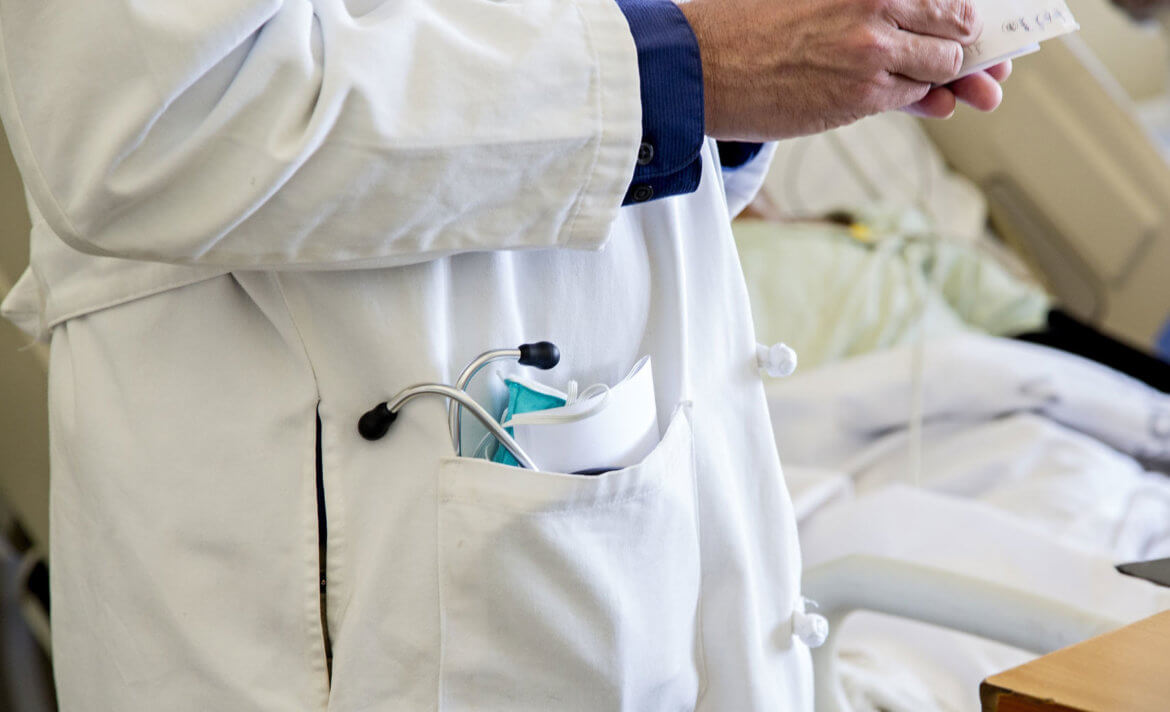 Can doctors and gun-owners find a common language to discuss firearm safety?

A toolkit prepared by The Annals of Internal Medicine, published as part of a study on how clinicians can engage with gun-owning patients to reduce firearm-related deaths or injuries, offers a roadmap for a subject that has become a sticking point in the national debate about gun control.

The study cited research showing that America’s gun homicide rate alone was about 25 times higher than countries with similar economic profiles to the U.S.

“Clinicians are uniquely positioned to identify at-risk patients and discuss safe firearm practices, and patients are overwhelmingly open to having these conversations, especially when they happen directly in the context of the patient’s health or the health of someone else in the home,” said Rocco Pallin, lead author of the study and director of the What You Can Do initiative at UC Davis’ Violence Prevention Research Program (VPRP).

The toolkit includes links to patient handouts on firearm risk and the importance of safer gun storage, and provides options to consider when a caregiver detects an imminent danger in a patient.

But one of the key challenges outlined by the authors is finding the proper language to discuss the issues, noting that non-gun-owning doctors may experience trouble holding a conversation or offering credible advice to a patient who owns a firearm.

“We suggest that language used in the discussion should convey not only understanding of why people own firearms but also respect for the patient’s decision to do so,” wrote the authors.

Rather than jumping into safety instructions, normalizing phrases may prove more valuable, the study said.

A possible phrase, the authors noted, is “Many families keep guns in the home.”

The study suggested other language solutions, some in the form of words or shorter phrases. It said that clinicians should avoid words such as “restrict” or “seize” —instead opting for “recover” or “keep safe.”

Another key section of the guidelines helps physicians identify characteristics of patients at risk from harming themselves or others from firearms.

The study acknowledges that non-gun-owning doctors may experience trouble holding a conversation or offering credible advice to a patient who owns a firearm.

The study is also designed to help clinicians who are unfamiliar with the types of safe firearm storage. It listed four common types, which include the cable lock (the least expensive, but sometimes available free in local police departments), the trigger lock, the lock box, and—for storing one to several guns—a firearm safe.

Clinicians learn that some types of safe storage benefit certain patients more than other devices.

However, the authors said that, regardless of the type, safety for the individual gun owner and his family, particularly children, is best assured when the gun is unloaded, restricted by a locked device, and kept away from ammunition.

What happens when one patient seems more risk-prone than another?

“In settings where many or most patients are at increased risk, universal screening may be the best approach,” said the study.

However, the study emphasized that risk is not constant and can change due to new circumstances and the health of household members.

The study listed patients with acute risk—people with acute suicidal or homicidal tendencies— and recommended that clinicians keep an eye out for patients with histories of alcohol or substance misuse, histories of violent behavior or victimization, “dementia or another form of impaired cognition, and serious and poorly controlled mental illness.”

Recommendations to remove guns from the home, the study noted, are more likely to be given to patients with acute risk, versus people with less risk.

More frequent dialogue with riskier patients can play a key role. If the clinician is acutely worried about a patient’s safety (or the safety of someone in the patient’s home), the study said, “he or she might arrange with the patient to make contact in the next 24 to 48 hours.”

Also, the study advised that clinicians learn whether the state laws or rules allow them to arrange temporary storage of a patient’s firearm.

But the idea of conversations between physicians and patients about guns has run into stiff opposition from the National Rifle Association (NRA).

“Someone should tell self-important anti-gun doctors to stay in their lane,” the NRA tweeted in in a war of words with the American College of Physicians last month.

In some states there have been attempts to create legal obstacles to even discussing guns with patients.

In 2015, Florida, for example, passed a medical “gag” law that prohibited doctors “from making written inquiry or asking questions concerning the ownership of a firearm or ammunition by the patient or by a family member of the patient.”

The 11th U.S. Circuit Court of Appeals later struck down the law in a 10-1 decision. However, other states followed Florida’s example. At the time of an October 2015 report by the National Partnership for Women and Families and other contributors, “watered-down versions” of the gag law were enacted in Minnesota, Missouri, and Montana.

When clinicians find enough risk in patients and feel the need to warn others, the Annals study again recommended that they be aware of the laws and rules. Mandates “often include provisions to allow communication of confidential information to victims, their families, and law enforcement,” wrote the authors.

However, the study also said, “states’ mandates of duty to warn vary by type of clinician, with many pertaining only to mental health professionals.”

The information used in the toolkit comes from organizations ranging from the American Foundation for Firearm Injury Reduction in Medicine to the American College of Surgeons.

The full study is available here.