NAPLES, Italy — For the oldest child of a feared Camorra crime boss in southern Italy, the filial expectation was cruel but clear: to eventually run the family business.

But Daniela Lourdes Falanga has defied expectations since childhood.

Rather than conform to parental assumptions and enter the world of intimidation, violence and murder, Falanga became the first trans woman to be elected president of a chapter of Arcigay, the oldest rights organization for lesbian, gay, bisexual, transgender, queer and intersex people in Italy.

“Fifty years after the Stonewall riots, we must defend [our fought-for] rights and shout our demands,” she said.

Falanga is also a social worker who counsels LGBTQ inmates in the Poggioreale prison in Naples, campaigning on behalf of those with “the most marginal experiences” – including those in sex work and detention.

It is this work that eventually led her back to her father after 25 years apart.

Falanga, 41, grew up during the 1980s in Torre Annunziata close to Naples. Her father left the family shortly after Falanga’s birth to be with another woman, with whom he had four girls. But the extended family was expected to gather at the villa of the crime boss for a Sunday meal. Even though he had a new family, her father had plans for Falanga, as “the only male heir,” to follow him as the leader of the Camorra clan.

The world of Neapolitan crime families was not one in which patriarchal structures, sexuality or gender identity could be easily discussed. Falanga said her mother reacted badly if Falanga expressed any interests or emotions that could be seen as feminine. “My mother used to terrify me,” she said. To her father, “I was very much like an inanimate object,” Falanga added. “He wouldn’t even see me.”

At school and on the streets, other children taunted her as “queer” or “the boss’s son,” and Falanga often thought of suicide.

One night, the transgender actress and singer Eva Robin’s performed on TV. For Falanga, it felt like an epiphany. In a flash, she saw “the life I had been denied until then.” Soon, Falanga began going to school in women’s clothes, though her family tried to stop her.

Falanga had gender confirmation surgery in her twenties at the San Camillo hospital in Rome, and she legally changed her name, christening herself Daniela Lourdes Falanga, a name invoking saints and inspired by her faith in God, she said. 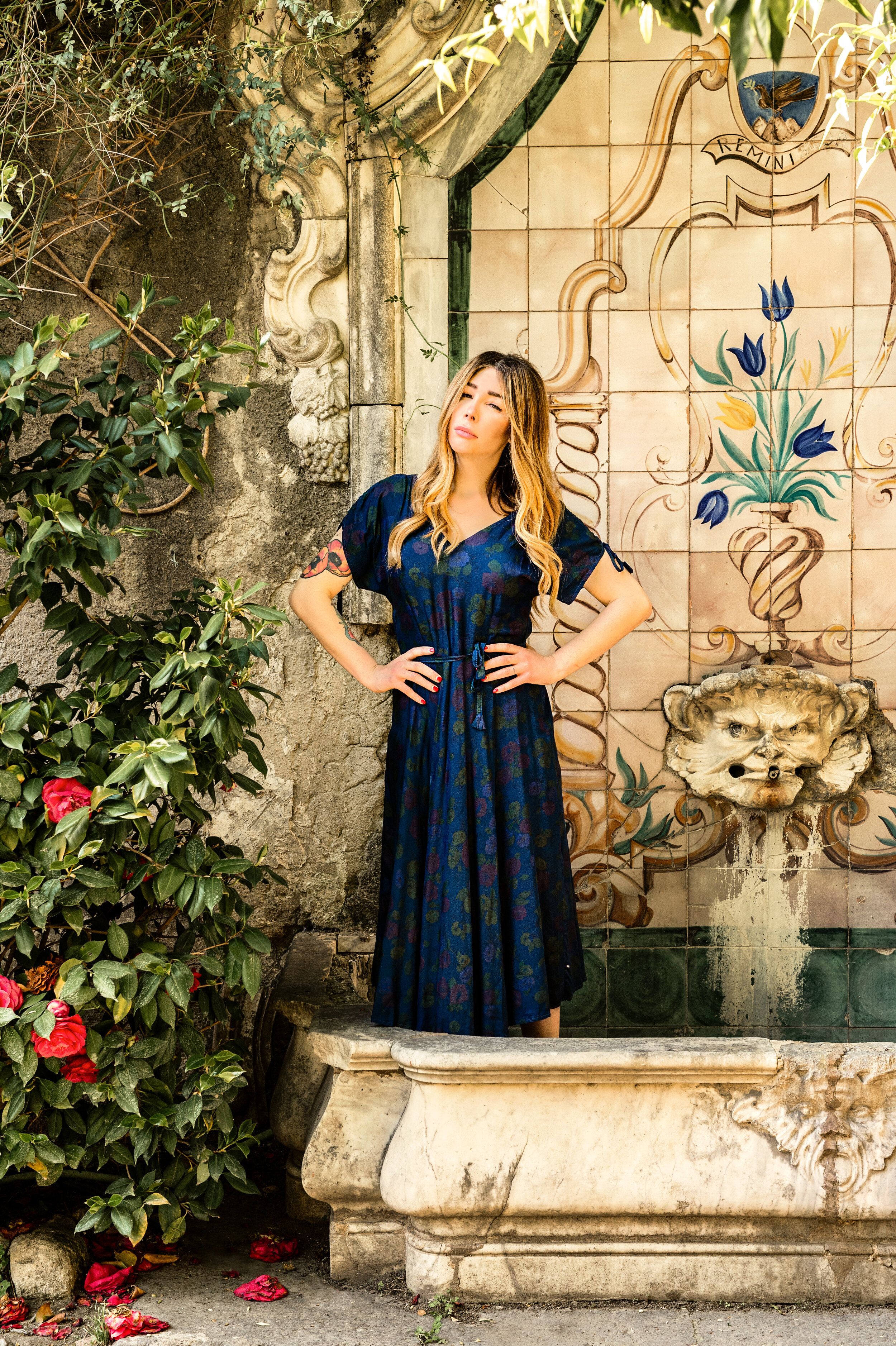 Her surgery also marked the beginning of her activism to support trans sex workers. “Naples has one of the highest numbers of transsexual women in the world and finding work is difficult for us,” she said. “Many are forced into prostitution because they don’t have the opportunity [for other] work. Yet work is the key element in self-determination.”

Her father was arrested in the mid-1980s and, although he is currently serving a life sentence in the Rebibbia prison in Rome, Falanga prefers he not be named in connection with her story. The violent feuds among the Neapolitan families cast long shadows and someone might still be hunting for vengeance, she says.

Her activism brought her back in touch with him, in a chance encounter, after 25 years apart.

Both had been invited to an anti-violence event in Naples: she as president of Arcigay Napoli and he as an actor in a play with other inmates about discrimination and violence.

It is unclear if Falanga’s father has renounced his criminal past. But his belated acceptance of her identity helped mend their relationship. The way Falanga tells it, the two recognized each other and eventually embraced.

She has seen her father once more since, she said, and feels he has “finally recognized me as a woman.”

Family has meant many different things to Falanga over the years, and today it’s a hope for the future. Her partner, Ilario, 24, is a transgender man. The couple would like to have a child, and Ilario doesn’t intend to undergo gender confirmation surgery.

Falanga supports him. She is against any changes “in the name of a binary conception of bodies that has often been unconsciously incorporated even by trans people. We are trans men and women with different peculiarities – and extraordinary possibilities.”