Minnesota has a proud history of being on the cutting edge of criminal justice reforms. Since 1980, when we became the first state in the nation to implement a sentencing guidelines structure, we have taken the lead on a number of important initiatives that have sought to create a more effective justice system.

But as significant as our achievements have been, perhaps the most important takeaway— as the rest of the nation debates a challenging agenda of justice reforms—is the fact that we have done it with bipartisan support.

Today, the Minnesota Sentencing Guidelines Commission promotes uniform and proportional sentences for convicted felons, with the aim of ensuring that sentencing decisions are not influenced by factors such as race, gender or the exercise of constitutional rights by the defendant.

This year’s legislative session, which ended May 25, has taken us further along that road, with a statute establishing—for the first time ever—a defined process for Minnesota’s state prisons to follow when placing an inmate in solitary confinement, as well as minimum living conditions required in solitary.

As more and more data has become available, it is apparent that extended isolation in solitary confinement can create specific fears for inmates and can cause or exacerbate a whole host of psychological and behavioral problems. 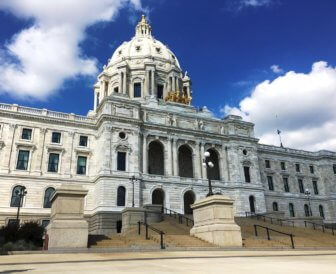 I was proud to be the chief author of this bill, which brought together a bipartisan group of lawmakers, mental health advocates, and the state’s Department of Corrections in an effort to find a more effective and safe way to use solitary confinement. We did this by focusing our efforts on solutions that ensured the safety of our prisons and their staff while making sure that practices are not counterproductive and do not cause irreparable psychological damage to inmates.

In addition to reforms to solitary confinement practices, the 2019 legislative session saw progress on a handful of other important criminal justice initiatives.

Another bill approved by the House (but which did not become law) would have prohibited the suspension of individuals’ drivers’ licenses in certain circumstance when they are unable to pay traffic fines.

The reasoning behind this bill was simple. If individuals cannot pay a fine and their license is suspended or revoked, they are trapped between two equally unpalatable choices: They can either continue to drive and risk additional fines and fees, or risk losing their jobs due to a lack of transportation options.

With little chance to generate a steady income, these individuals are left with no means to pay the fines and fees, thus creating a cycle of mounting debt.

With the number of driving-after-suspension cases increasing over the past decade—clogging the courts and taking resources away from more serious crimes—this legislation would not only have changed laws that unfairly burden the poor; it would have freed court resources to be used on more pressing matters.

While the bill failed to pass, the legislature did make permanent a driver’s license reinstatement diversion pilot program that allows a driver whose license has been suspended or revoked to be issued a license while participating in an educational program, paying back fines on a scheduled plan, and obeying traffic laws.

The bill also would allow individuals to petition a court for relief from collateral sanctions.

While, these policies also did not become law, they demonstrate the Minnesota legislature’s willingness to consider creative public policies to improve the justice system. 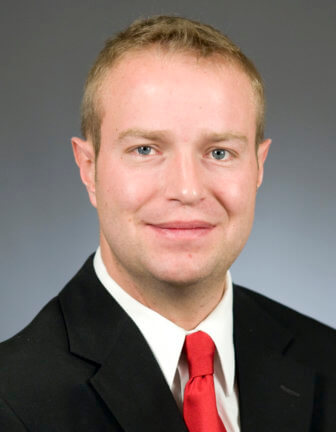 Serious, positive conversations regarding criminal justice reform are happening in our state capital. But there is still much that needs to be done to get these policies across the finish line.

I am hopeful that these conversations will continue next year and into the future as we work towards a justice system that works for everyone and makes our communities safe.

Rep. Nick Zerwas, a member of the Republican Party of Minnesota, represents District 30A in east-central Minnesota. He welcomes comments from readers.