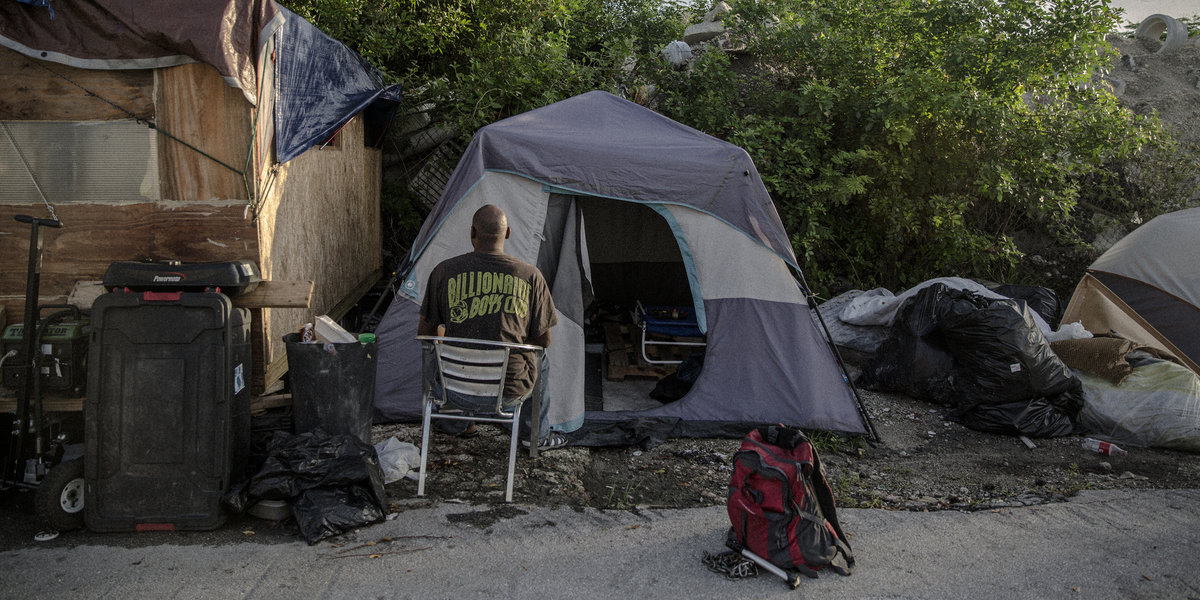 “Banished,” The Marshall Project’s immersive multimedia story on the lives of sex offenders living in Miami-Dade County, Florida, who abide by some of the most restrictive housing policies in the country, has been awarded the national Edward R. Murrow Award for “Excellence in Video.” The organization was also awarded a regional Edward R. Murrow prize in the “News Documentary” category earlier in the year for “Caught: The Lives of Juvenile Justice, Episode 9,” produced in collaboration with WNYC.

Deftly integrating text and video, “Banished” revealed the day-to-day realities of 500 homeless men who play an exhausting cat-and-mouse game with police every night, as they search for shelter in a society that considers them irredeemable and undeserving of second chances. Three short documentary episodes—which include a ride-along with the police, a look inside the tents of offenders and interviews with policymakers—are woven through the deeply reported narrative. By blending film vignettes, interactive data visualization and haunting photographs, the story’s innovative design immerses the viewer in these men’s lives as they rise at the end of their curfew at dawn to pack up their tents and return to families, go to work or try to charge their GPS monitors and ankle bracelets. Each evening they return to the few street corners where they are still allowed to sleep. The feature was published in partnership with Longreads.

“We’re delighted that The Marshall Project received this honor, named for a journalist with the courage to report uncomfortable truths,” said Susan Chira, editor-in-chief. “Emily Kassie and Beth Schwartzapfel tackled a difficult subject with nuance and depth, showing how sex offenders—among the most universally reviled for their crimes—face homelessness and shunning.”