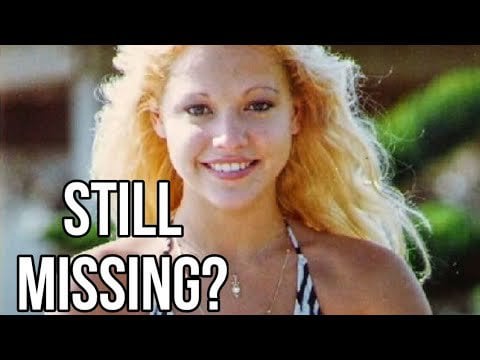 If you want to watch the video instead of reading: https://youtu.be/Z3OyZcMqnGI

We all love a mystery, and when it gets solved. Today however we take a look at 3 mysteries that remains exactly that….a mystery.

From a young actress disappearing into thin air to a businessman being killed infront of his wife by two unknown assailants here is 3 Unsolved Mysteries.

He worked as the general manager of Hendrick Sportswear. He helped the owner Rick Hendrick to take the business from $600,000 to value of $20 million.

Upon sale of the company Billy decided to start his own business called Promotional Management Inc. He received contracts from plenty of NASCAR drivers such as Dale Earnhardt, Bill Elliott, Darell Walltrip, Tim Richmond and many others.

Billy also bought a bingo operation in Myrtle Beach so his family could make some extra money too. He fell in love with Myrtle Beach and bought a condominium there with his wife of 25 years, Ann.

On Friday the 3rd of January 1992 Billy and his wife had just finished up at the Bingo Parlor and was driving home. Billy parked his BMW and climbed out. In his hands was $10,000 of bingo earnings and a 9mm semi-automatic pistol he usually carried around.

Suddenly two men appeared. One carried a revolver and the other a shotgun. They opened fire and immediately killed Billy Crump.

The two men left the $10,000 and the gold BMW. His wife went into shock which lasted weeks.

Tammy Lynn Leppert from Rockledge, Florida was a beautiful and talented young girl. She competed in over 300 beauty pageants and nearly won them all.

In her early teens Tammy starred in the film “Little Darlings” and became the face of Covergirl in October of 1978.

She badly wanted to be a successful actress in Los Angeles. When she was 18 years old she got a small role in the movie Spring Break and even appeared on the cover.

After the filming of Spring Break Tammy went on her own to a weekend party to celebrate. Leppert who was bubbly and extroverted came back from the party sullen and shy. One of her close friends said that she appeared to be a different person.

She was also very paranoid and on edge, but she still wanted to pursue her dreams of becoming a successful actress. Her next roll was in Scarface.

One day while filming Tammy all of a sudden became hysterical during a scene where somebody was to be shot and have fake blood spurt out.

Her mom would later say that when Tammy returned home that day she was afraid that someone was going to poison her and refused to eat or drink something from an open container.

She confided to her mom and friend Rick Adam’s saying “I witnessed something so horrible I’m going to get killed for it”.

A few days later Tammy again would go hysterical. A gust of wind made the door behind her slam and lock behind her. She grabbed a baseball bat and smashed the window open so she could reach in.

After this incident her mom checked her in at the Brevard Mental Health Center. The doctors could not find anything wrong however and she was released after just 72 hours.

On the 6th of July, 1983, Leppert pulled on a denim shirt with flowers on the front, a matching skirt, and sandals. Then she climbed into the car of her friend, Keith Roberts. The two were planning on driving down to Cocoa Beach in Florida for the day. Cocoa Beach was Tammy’s favourite place in the world. However, on the way there, the two friends had an argument and Roberts dropped Leppert off “in a parking lot” along State Road A1A. This was the last time Tammy Lynn Leppert was ever seen.

There are a lot of theories regarding the disappearance of Tammy ranging from suicide to being killed by a serial killer in the area. It really deserves a video all on it’s own delving deep into the possible theories. So let me know if that is something you guys would like to see.

Heather Teague was a 23 year old from Kentucky. On August 26 1995 she was sunbathing at Newburg Beach. A white male then approached Heather, grabbed her by her hair and dragged her to the woods at gunpoint.

The man was approximately 6 feet tall, weighed around 210 pounds, had brown hair and a bushy brown beard. All of this information came from a witness watching the beach view from his telescope.

This witness also claimed that the man wore jeans but no shirt. Oddly enough the man was wearing a wig and a mosquito net.

The police searched the beach front and they come up with part of Heather’s red bathing suit. They also heard from a local farmer that a red and white Ford Bronco was parked next to Heather’s car.

Later that day Marvin Ray Dill was pulled over during a routine traffic stop. He was driving a red and white Ford Bronco. Inside the car police discovered a pair of guns, a pair of knives, a roll of duct tape, rubber gloves, rope, and a hair resembling Heather’s.

On the inside tailgate there was bloodstains. Marvin Ray Dill also matched the description from the earlier witness. The police was very assured that Dill had done it.

They went to his house for further questioning. Upon learning of the police Marvin told his wife to vacate their residence and then he shot himself.

You may think this case is pretty solved Marvin obviously did it. There is however another suspect called Christopher James Below. He murdered Kathern Fetzer and was the leading suspect in the cases of Shaylene Farrell, Mary Kushto, and Kristina Porco.

He was in the same area when Heather disappeared and interestingly enough he left the area the day that Marvin killed himself. This last bit of information leads me to believe that Marvin Ray Dill and Christopher James Below partnered up to murder Heather but that is just a theory.

As of today, Heather’s disappearance remains unsolved. Due to the circumstances involved in her case, foul play is suspected. If still alive today, she would be 46 years old.