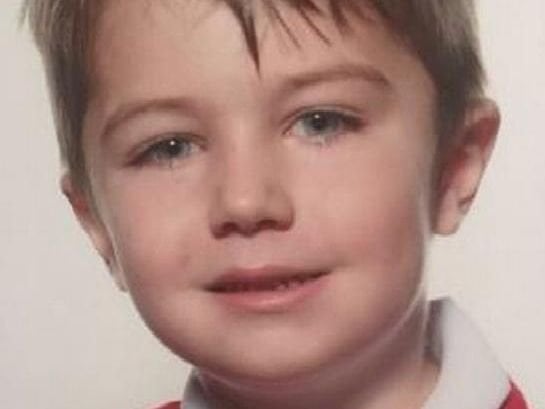 A schoolboy who was found dead with his mother in a Derbyshire (UK) reservoir was unlawfully killed by her, a coroner has ruled. The depressed mother treated her son to a McDonald’s Happy Meal before filling his rucksack with rocks and tying their hands together before jumping into a reservoir and killing them both.

Police recovered the bodies of five-year-old Jenson Spellman and Emma Sillett, 41, from Valehouse Reservoir, near Tintwistle, last autumn. A child’s cuddly toy and a torch at the water’s edge led police to their bodies.

An inquest held at Chesterfield coroners’ court on Tuesday heard social worker Ms. Sillett had a history of mental health problems, including depression.

Following the tragedy, Jenson was described as a ‘kind and caring’ child with a ‘beaming infectious smile’.

After a public appeal and extensive searches, police divers found the bodies of Jenson and Ms. Sillett in Valehouse Reservoir on November 22.

The inquest heard post-mortem tests concluded they had both died by drowning.

Det Con Fearon said Ms. Sillett’s car – which was found near the reservoir – contained ‘suicide letters’ as well as other items including the remains of a McDonald’s Happy Meal.

Referring to the ‘suicide letters’, Det Con Fearon said: “She feels she had a traumatic childhood and was unhappy in her relationship.” A year before the suicide, Ms. Sillett had experienced her third miscarriage. Her older brother had also died unexpectedly.

She added that Ms. Sillett had made reference to not wanting to put Jenson ‘through a life of pain.’ Further, she said Ms. Sillett “wanted to tie him to her because she did not want him drifting away from her.”

Det Con Fearon also read out a statement from Mr. Spellman in which he said Ms. Sillett had a ‘difficult upbringing’, found her workload ‘stressful’ and suffered from post-natal depression after Jenson was born.

Her sister Nicola said in a written statement that Ms. Sillettt was ‘intelligent and strong-minded’ but felt ‘isolated and lonely’, adding that her relationship with Mr. Spellman had ‘deteriorated’ over the last two years.

Coroner Emma Serrano told the court that Ms. Sillett was known to mental health services but did not engage with them.

“She kept asking for help but never went through with it.”

She also concluded that Ms. Sillett, of Brookfield, Glossop, died by suicide and recorded that she was ‘found … with injuries consistent with drowning having taken measures to drown herself and another’.

Paying tribute to Jenson after he died, Debbie Greaves, headteacher at Simmondley Primary School, where he was a pupil, said: “The whole school was devastated to hear the very sad news about our pupil Jenson and his mum Emma and our thoughts are with their family and friends.

“Jenson had been at the school for just over a year and was a bundle of energy.

“He constantly had a beaming infectious smile and was kind and caring. He loved running around outside and playing on the bikes with his friends.

“There was nothing he didn’t know about dinosaurs, as he was an expert.

“The perfect child to have in your class, he will be very much missed.”