The first round of Democratic presidential debates, scheduled Wednesday night in Miami, offers a huge opportunity to discuss an issue that has already achieved bipartisan momentum: the future of national criminal justice reform.

Regardless of their party affiliations, most observers agree that one of the biggest successes of the Trump administration was the First Step Act, signed at the end of last year, which, among other accomplishments, provided job training and skill-building opportunities in prisons so that those who leaving incarceration can be ready for changes on the outside.

It moved us much closer to a criminal justice system focused on rehabilitation over incarceration.

But there’s still a long road ahead.

Several Democratic candidates have been building on the opposition to the administration’s hardline immigration strategies, particularly the use of privately run inhumane immigrant detention centers, as a launchpad for criticism of the government’s growing use of private prisons.

One of them is Sen. Elizabeth Warren, who opened an investigation into private prison operators’ accreditation processes under the American Corrections Association (ACA), which she claims are not only inadequate, but which are doing next to nothing to ensure safe conditions in detention facilities around the country, due to conflicts of interest and adverse incentives.

“It appears the ACA is a conflicted party with twisted incentives, a lack of transparency, and lax inspection policies that appear to have turned accreditation into a rubber-stamp process that does little to hold facilities accountable,” she said in her letter to the ACA.

The ACA is the primary accrediting body for the corrections industry. Private prison operators require the ACA’s accreditation to contract with federal agencies. As of December 2015, the last year for which such data is available, 11 ACA-accredited private facilities housed 12 percent of inmates detained by the federal Bureau of Prisons, or roughly 22,600 inmates.

Additionally, over 200 other federal, state, and local facilities are run by only three private, ACA-accredited companies – GEO Group, CoreCivic, and Management and Training Corporation.

A March 2019 working paper from the National Bureau of Economic Research shows that the opening of a private prison increases the length of sentences relative to the crime’s and defendant’s characteristics. The paper’s analysis concludes that, “doubling of private prisons’ capacities causes a moderate increase in the sentencing length of 23 days,” and that this is caused by a “fiscal constraint” mechanism, “whereby judges that internalize fiscal considerations may pass harsher sentences because they [sic] private prisons reduce the marginal costs of incarceration.”

Beyond the problems raised by Sen. Warren, poor safety standards are already a growing concern in the entire prison system. Inmates regularly die in prisons nationwide from abuse, violence, drug use, suicide, and other reasons.

Pennsylvania state prisons have recorded over 10 deaths since the start of this year, mostly in public prisons. Everett Palmer Jr., an Army veteran who was placed at York County Prison last year, has received press attention recently after his family publicized his story. Palmer’s body was found with his brain, heart, and throat entirely missing, which had not been located for months.

The family’s attorney, Marlon Kirton, said that while brains or hearts are removed in an autopsy, removing the throat is a sign that someone may be hiding a homicide by asphyxiation. In addition, another man, Carlton Madden, was found dead in his cell at a State Correctional Institute in Camp Hill, Pennsylvania just this month.

Another problem is that individuals in our justice system are being incarcerated despite having mental health issues, as is evidenced by their reasons for arrest. Palmer had returned to court to resolve an outstanding warrant for a DUI charge when he was arrested. Madden was sentenced to prison due to a simple parole violation after a DUI charge.

Alcohol Use Disorder (AUD) is a medical condition that can be treated, reducing the recurrence of DUI charges and helping individuals live better lives. Yet, less than 10 percent of people with AUD get treatment, and some with AUD ultimately face the same unacceptable fates as Palmer and Madden.

While Sen. Warren may be leading the charge for now, prison reform presents a massive opportunity for collaboration within and between political parties. Promisingly, Pennsylvania is looking to other countries for help in improving prison conditions, and recently passed a criminal justice reform package in the state senate.

But candidates for the highest office need to consider similar solutions for all of the nation’s incarcerated.

We need to transition to a rehabilitative model for prisons so that incarceration is profitably disincentivized, inhumane conditions in prisons can end, people don’t die from violence or drug use in prisons, and so that those needing medical treatment for mental health conditions can get that treatment.

Beyond the prison issue, criminal justice reform is one of the few unifying issues across the political spectrum, and the growing consensus that we must “reimagine” the incarceration of our citizens, the title in fact of an ambitious project launched by the Vera Institute of Justice, presents a glowing opportunity for the Democratic Party to push a cohesive winning message in the upcoming presidential debates.

Candidates would do well to look into examples like Oakland, California’s Operation Ceasefire program for gun violence prevention, which decreased shootings by 52.1 percent from 2011-2017. This program focuses on giving perpetrators the chance to change their behavior instead of arresting them upon their first offense. Finding ways to translate this model for those charged with DUIs, who may suffer from AUD, can contribute to making a national leap in the right direction. 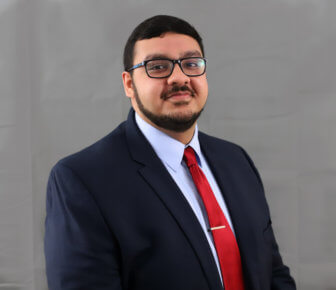 We need all presidential candidates to be as proactive as Sen. Warren on criminal justice reform, if we are to progress beyond the “first steps” taken last year.

Identifying problems in the system, and bridging small divides between candidates on these issues, can unify parties and advance the 2020 election past the circular firing squad it threatens to become.

Syed Kaleem is a medical student at Drexel University College of Medicine. @ZaneKaleem on Twitter. He welcomes comments from readers.