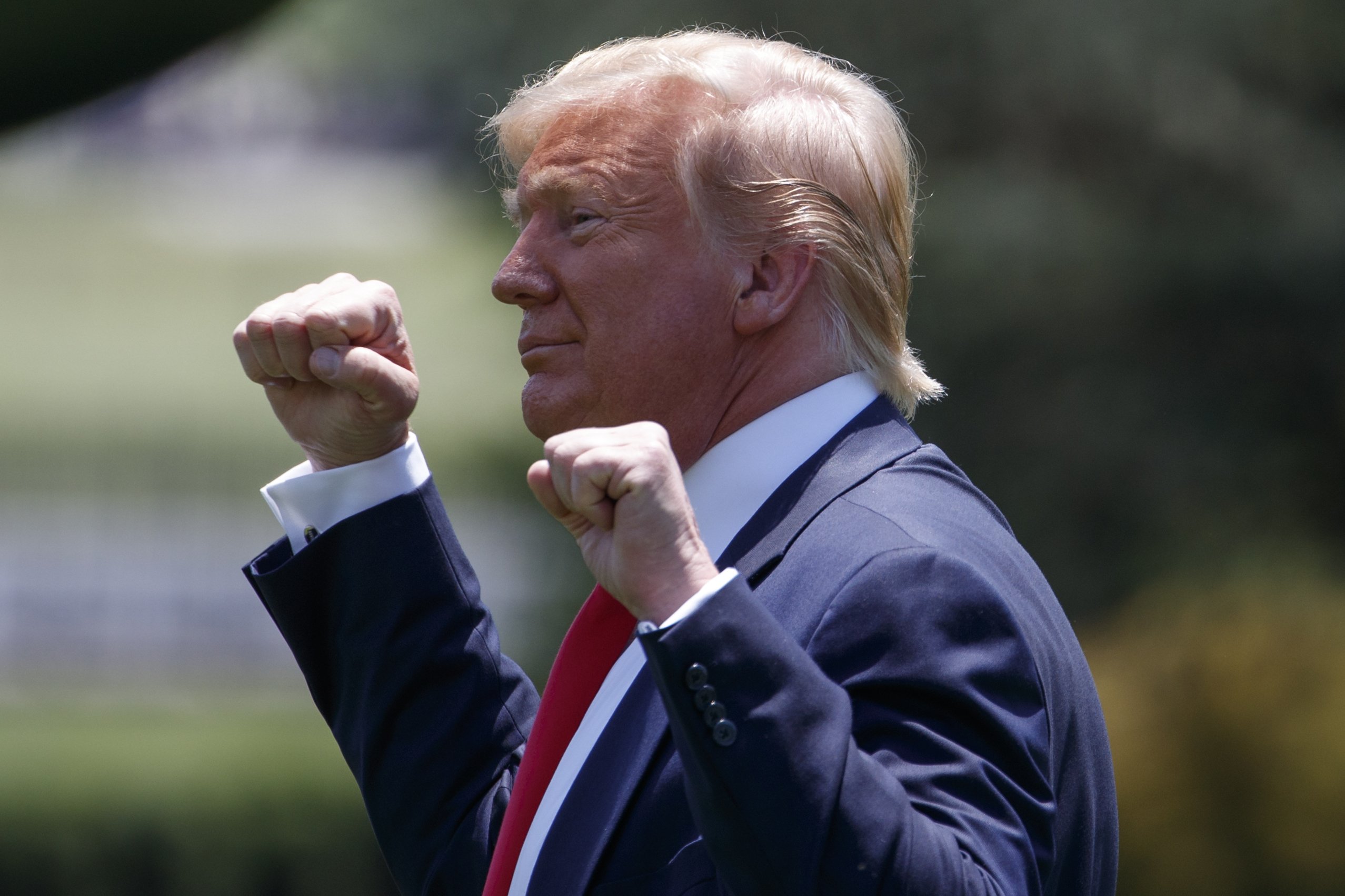 WASHINGTON (AP) — President Donald Trump on Wednesday falsely accused special counsel Robert Mueller of deleting messages that would support the president’s contention that the Russia investigation was out to get him.

The provocative allegation of a “crime” by Mueller was one in a series of distorted claims made by the president in an interview on Fox Business Network and on Twitter on Wednesday.

THE FACTS: Not true. Mueller had no role in deleting anti-Trump text messages traded by former FBI counterintelligence agent Peter Strzok and ex-FBI lawyer Lisa Page, and there’s no basis for saying he was involved in anything illegal.

In fact, once Mueller learned of the existence of the texts, which were sent before his appointment as special counsel, he removed Strzok from his team investigating potential ties between Russia and the Trump campaign.

Trump appears to be referring to the fact that the FBI, for technical reasons, was initially unable to retrieve months of text messages between the two officials. But the FBI was ultimately able to recover them and there’s never been any allegation that Mueller had anything to do with that process.

TRUMP on his tariffs on Chinese goods: “Don’t let anyone tell you that we’re paying. We’re not paying, China’s paying for it. ”— Fox Business Network interview.

THE FACTS: Americans are paying for it.

Trump refuses to recognize a reality that his own chief economic adviser, Larry Kudlow, has acknowledged. Tariffs are mainly if not entirely paid by companies and consumers in the country that imposes them. China is not sending billions of dollars to the U.S. treasury.

In a study in May , the Federal Reserve Bank of New York, with Princeton and Columbia universities, estimated that tariffs from Trump’s trade dispute with China were costing $831 per U.S. household on an annual basis. And that was based on the situation in 2018, before tariffs escalated. Analysts also found that the burden of Trump’s tariffs falls entirely on U.S. consumers and businesses that buy imported products.

Trump persistently mischaracterizes trade in all its dimensions, giving the wrong numbers for trade deficits, asserting that tariffs did not exist before him, and portraying them inaccurately as a windfall for the government and taxpayers. In that respect, he was correct when he said in the interview, “I view tariffs differently than a lot of other people.”

TRUMP: “The poverty index is also best number EVER.” — tweet.

THE FACTS: Not true. The current poverty rate of 12.3% is not the lowest ever; it’s fallen below that several times over the last half-century, according to the Census Bureau’s official count.

The poverty rate dropped only modestly under Trump’s watch, to 12.3 percent in 2017 — the latest figure available — from 12.7 percent in 2016. At the same time, nearly 40 million Americans remained poor by the Census Bureau’s count, statistically unchanged from 2016.

THE FACTS: This is little more than blind speculation designed to make his own record look better. The data suggest he is wrong.

The U.S. economy added 2.5 million jobs in 2016, which was the final year of President Barack Obama’s term, more than were added in 2017 or 2018 during the Trump administration. The Standard & Poor’s 500 stock index climbed 11% over the course of 2016. Economic growth did slump to 1.6% in 2016, though that hardly suggested a downturn, as growth had been a healthy 2.9% in 2015 — the same level achieved in 2018 when Trump was boasting about having fostered the strongest economy in U.S. history.