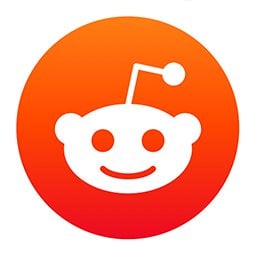 On Wednesday, September 5, 1979, Eyvonne (17) of Skokie, IL and Susan (17) of Morton Grove, IL were supposed to be at school, but a teacher’s strike had delayed the start of classes that fall. At approximately 2:30pm that day, the pair left Susan’s home at 5840 W Oakton St to visit a nearby shopping center. This is the last confirmed sighting of the girls before their death.

Later that evening Eyvonne’s boyfriend, Larry Otker, 22, became concerned when he hadn’t heard from Eyvonne. Being Eyvonne’s boyfriend, Otker knew Eyvonne was scheduled to teach religious education on Wednesday nights, but she was always home by 5pm. After she’d settled in for the night, she’d call Otker, which was always sometime between 5:30 and 6pm. When Otker hadn’t heard from Eyvonne by 6:30, he decided to call her house. Eyvonne’s mother picked up the phone and told Otker that Eyvonne had not yet come home, which Otker found very unusual. Sensing something was wrong, Otker then phoned his longtime friend and the boyfriend of Susan, Joe Majorus, 20, but Majorus didn’t answer.

By 8pm, Otker still hadn’t heard from Eyvonne, Susan, or Majorus. Feeling increasingly anxious, Otker phoned Majorus again, who this time answers. Otker tells Majorus that he hasn’t heard from Eyvonne or Susan. Majorus then tells Otker that he had seen Eyvonne’s car parked outside the Par King Miniature Golf Course at 6pm that evening. The Par King Miniature Golf Course was located just east of the shopping center the girls had planned to visit earlier that afternoon. This immediately put Otker into a panic. Otker knew that Eyvonne was always home by 5pm and that the Par King miniature golf course didn’t open until 7pm. There was no reason for Eyvonne’s car to be parked there at the time Majorus had seen it.

Otker went straight the Majorus’ house where the paired formed a seven man search party made up of friends and relatives of the two boyfriends. The group made their way to the location where Majorus had seen Eyvonne’s car earlier that evening and began searching the adjacent St. Paul Woods. Otker would later tell Chicago Tribune reporters Patricia Leads and John Gorman that he “just knew they were in the woods” and that “it was instinct to look down there.” Otker said the group searched through the woods and brush but that he expected the girls to be “in some open space.” Like Otker, Majorus, and the search party, the girls were familiar with the woods and Majorus would later say that he and Susan had been to the woods in the past to take pictures. The woods also had a reputation for being a place where high school students would drink alcohol and smoke weed, but by all accounts, Eyvonne and Susan were good girls who preferred to cook, sew, and socialize at the church rather than drink and smoke in the Forest Preserve.

As the party made their way through the woods, Otker made his way down the trail towards the west fork of the North Branch of the Chicago River (a mouthful, I know!). About 30 feet down the trail, Otker made a chilling discovery – a pool of blood and a hairbrush. Otker continued towards the river, following the bloodstained earth. It was then he called out for the search party. As the seven member search party made their way towards the river together, dread set in. A short walk from the large pool of blood, the group’s fears were confirmed. A member of the search party nearly tripped over the body of Eyvonne Bender. She lay on her stomach. Just 25 ft away, Susan Ovington was found laying on her back. She was also dead.

Otker, Majorus, and the members of the search party were all questioned by police but soon cleared. Morton Grove police would also consult with a psychic, but to no avail. The case quickly went cold.

Eerily, seven months after the murders on Eyvonne’s 18th birthday, someone painted crosses on her parent’s car and driveway. The person or persons responsible have never been identified. To this day, the case remains unsolved.

No one knows what caused the girls to venture into the woods that day, why they chose to leave their belongings behind in Eyvonne’s unlocked car, or why anyone would choose to harm them. Teachers of the two girls describe them both as average students that were popular and well liked by their classmates. Susan’s uncle described her as a sweet girl who kept her word. Otker’s brother said Eyvonne and Otker had planned to marry, although nothing had been settled by the time of her death. The girls appeared to never cause any problems, so the question looms: Who did Eyvonne Bender and Susan Ovington meet in the woods on September 5, 1979 and why did they choose to harm them?