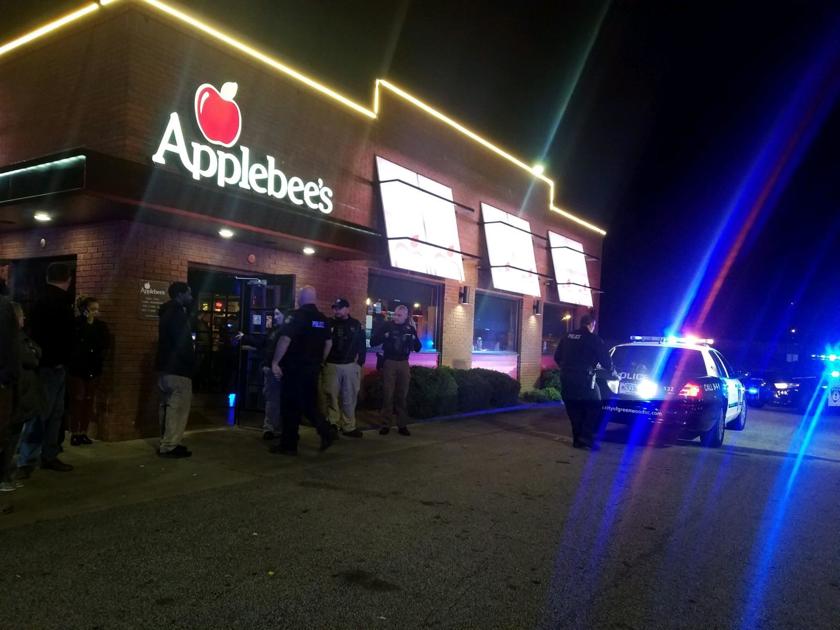 A Greenwood man is in custody after a woman was shot at about 9 p.m. Friday at Applebee’s.

The man entered the building and confronted a woman who was eating at the restaurant, Greenwood police Maj. T.J. Chaudoin said. The relationship between the two was not immediately clear, but the officer described it as a domestic situation.

After the argument escalated, Chaudoin said the man shot the woman twice in her upper body before fleeing.

The man turned himself in at the Greenwood County Detention Center. Police say they’ve charged 23-year-old Joseph Raekwon Rapp, 23, with attempted murder and possession of a weapon during a violent crime. According to the public index, Rapp was out on bond while awaiting trial on domestic violence charge. A booking photo was not immediately available.

The woman was transported to an area hospital for treatment and her condition was not immediately know.

“We’re just praying for the family and her safety,” Chaudoin said.

There was a large police presence of officers in the wake of the Friday night shooting. Employees and customers were being kept inside the restaurant as police interviewed potential witnesses.

“Obviously there were a lot of people eating here tonight who were very startled,” Chaudoin said.

He said there is no ongoing threat to the public from the episode.