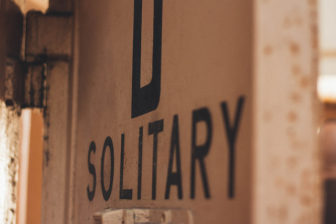 While a majority of Americans agree that solitary confinement is inhumane, the main barrier to abolition is the frustration felt by many lawmakers and correctional authorities who don’t know how else to punish prisoners who already have so many liberties taken away.

New research by Marc Levin, vice president of criminal justice at the Texas Public Policy Foundation and a founder of the Right on Crime Initiative, suggests there are now plenty of proven alternatives.

“From Colorado to Maine, many jurisdictions have successfully implemented alternative approaches that do not involve ignoring misconduct within prisons, but instead utilize other sanctions and withdrawal of privileges for behavior that does not present an imminent danger,” Levin wrote.

Levin said the jurisdictions he studied were, as a result, able to reign in the use of solitary confinement.

A successful example of this can be seen in a state prison located in Warren, Maine, where “the population of inmates in solitary confinement dropped from 139 inmates to between 35 and 45 inmates just one year later.”

The reduction came after the prison began using solitary confinement spaces for safety reasons as opposed to punishing inmates for “disciplinary violations that did not endanger staff or other prisoners.”

In America, virtually every prison system uses a form of isolation as punishment when an inmate behaves inappropriately, disobeys corrections officers, or becomes violent, Levin wrote.

The United States Department of Justice defines solitary confinement as: “[r]emoval from the general inmate population, whether voluntary or involuntary; [p]lacement in a locked room or cell, whether alone or with another inmate; and [i]nability to leave the room or cell for the vast majority of the day, typically 22 hours or more.”

Studies have shown that extended isolation of the kind many inmates can experience in solitary confinement, can cause “severe mental and physical trauma and irreparable harm” as well as “dramatically increase[s] the risk of self-harm and suicide,” according to a New York Civil Liberties Union (NYCLU) analysis cited in The Crime Report.

Levin argued that the momentum to find alternatives to solitary is gaining traction across the country, by states like New Jersey and Minnesota, which enacted legislation in 2019 to limit solitary confinement.

Another recommendation Levin offers is to train corrections officers in de-escalation techniques and mental health and first aid training to limit an inmate’s aggression that could lead them to serve time in solitary confinement.

For example, those who suffer from serious mental illness that interferes with their ability to follow orders may be segregated from the general population, but in a supportive environment rather than being confined to a cell for 22 hours a day.

Moreover, since inmates already have a loss of freedom, and given the physical and mental impact of serving time in solitary confinement, Levin argued that it should only be reserved “for conduct or threats that indicate the individual presents a substantial risk to his safety or to others’ safety.”

Levin praised a Texas program that offered ways for inmates to “earn their way out of solitary confinement” by agreeing to participate in a Gang Renouncement and Disassociation (GRAD) program.

Some 4,754 individuals originally held in solitary in Texas prisons and jails have participated in GRAD since 2000, and only 19 are known to have returned to gang activity, according to Levin’s findings.

Prisons should also be implementing Administrative Reviews to ensure that there is an oversight mechanism, and that there should also be a comprehensive amount of data collected so institutions can work alongside policymakers, Levin wrote.

While acknowledging that solitary confinement for brief periods is occasionally necessary to protect the safety of both people who are incarcerated and the staff responsible for them, their time inside must be monitored and limited appropriately, Levin wrote.

“Correctional officials should implement policies to ensure solitary confinement is not utilized to the detriment of public safety, taxpayers, and justice,” he added.

The full study can be accessed here.

This summary was prepared by TCR staff writer Andrea Cipriano.