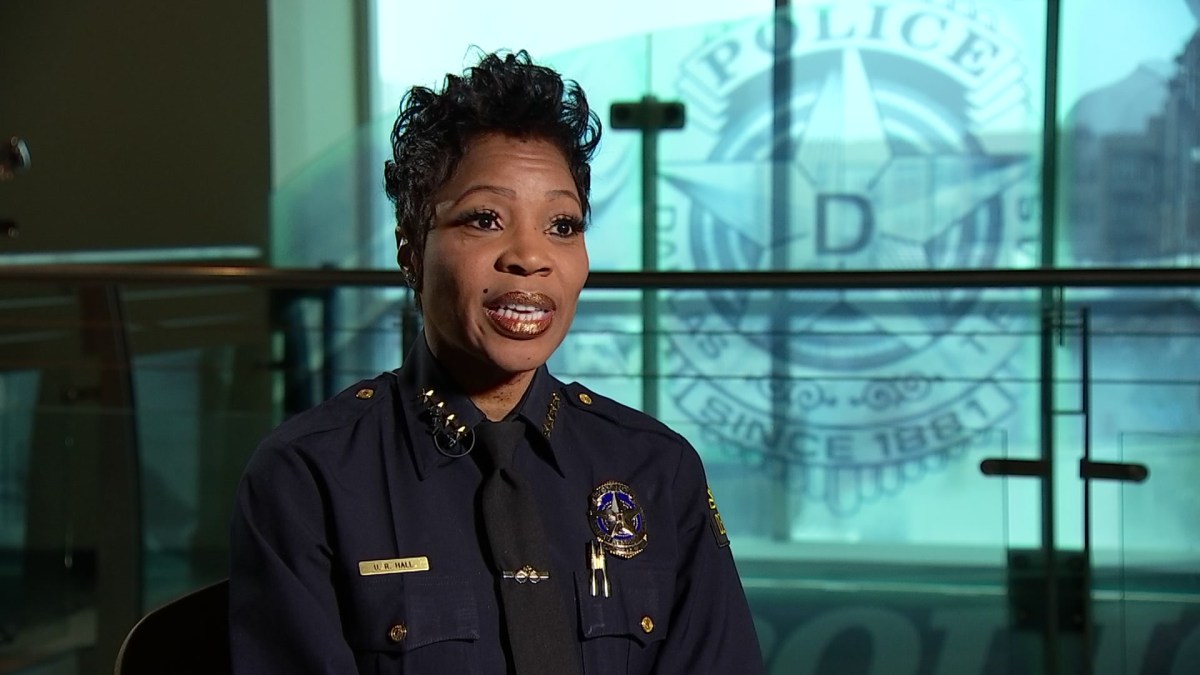 The city of Dallas recorded 210 homicides in 2019. As attention is focused on high crime numbers in Dallas last year, police Chief Renee Hall pointed out other numbers to highlight the department’s work.

But a rise in violent crime is taking center stage. Hall has put forth an initiative to fight it, which includes more police presence in known high-crime areas.

“Right now we know our
presence needs to be more,” Hall said. “So we are aggressively in Pleasant
Grove and in Oak Cliff from a law enforcement perspective. We are going after
the people who are known offenders.”

Dallas police will also use electronic surveillance in their fight.

Hall said her goal is realistic.

“This is not about selling a pipe dream,” Hall said. “I could say we are going to reduce crime by 50%, but the truth of the matter is, never in the history of Dallas have we reduced violent crime by 50% in one year.”

Hall said police can’t achieve their goal alone. She said residents must play a part in reducing crime by speaking up.

Hall said 5% is their goal, but they do hope to go above and beyond that number.