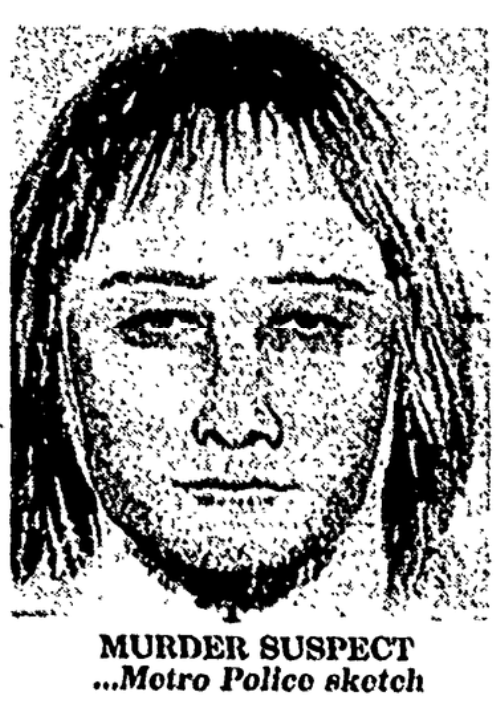 The description comes from LVMPD. Kim’s body was found in February, but after a few weeks the case was pretty cold. Plus Vegas was undergoing a spike in homicides in early 1979, taking away police resources from the Kim Bryant investigation. But Kim’s family got one of the local papers to run a long feature on her murder in August of 1979, which prompted at least 3 witnesses that had not previously come forward to contact the police.

Two of those witnesses were fellow classmates of Kim’s. The girls had been approached by two men in a 1955-57 Chevy with silver primer paint and white spots a few days before Kim was abducted. The girls gave independent descriptions of the only suspect that each got a clear look at, the passenger, which led to the creation of the sketch in the post. The girls described the passenger as 18 years old, while they said the driver was in his early twenties and may have had a mustache.

The other witness the August article caused to come forward was only described by police as a “respected local businessman.” This witness had observed Kim being forced into a car, but he didn’t initially report it because he thought it was a high school prank.