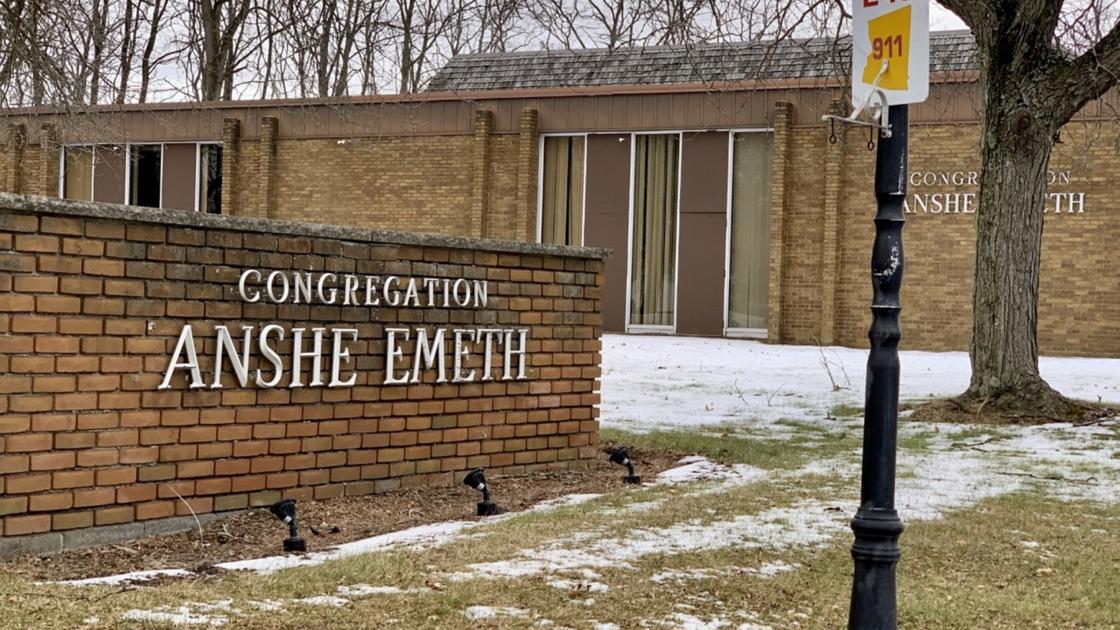 GREENPORT — A Columbia County woman was charged Saturday with a hate crime for allegedly throwing pork chops at a synagogue, state police said.

Tara Rios, 47, of Greenport was arraigned in Livingston Town Court on Saturday and charged with first-degree harassment as a hate crime, a class A misdemeanor, state police said.

Rios, on Jan. 9, between the hours of 5:23 p.m. and 3:28 a.m., threw a package of pork chops, a non-kosher food, onto the front steps of the Congregation Anshe Emeth at 240 Joslen Boulevard, causing pork fluids to be spilled onto its steps, according to a criminal complaint filed by state police in Livingston Town Court. The FBI Joint Terrorism Task Force also assisted with the investigation.

Rios allegedly returned to the synagogue at about 3:28 a.m. Jan 10 to photograph the scene, police said.

“These acts caused the membership of Congregation Anshe Emeth to be in reasonable fear of further anti-Semitic acts which could result in physical injury,” state police said. No injuries were reported.

Columbia County District Attorney Paul Czajka said incidents such as these are rare.

“[It’s] very, very uncommon,” Czajka said. “I can’t remember anything like this in the past eight to 10 years.”

At the start of the arraignment, Columbia County Public Defender Shane Zoni expressed concern about his client’s mental competency.

Rios declined to speak to reporters about the incident after her arraignment.

Livingston Town Justice Harold Weaver Jr. barred Rios from returning to the synagogue, which is less than a quarter of a mile from Rios’s home. Rios lives on Gifford Parkway, which is in Greenport but has a Hudson address, In court, she said she lives in Hudson.

Rios was released on her own recognizance and was due back in Greenport Town Court on Monday afternoon. Weaver warned Rios on Saturday that if she is accused of any other crimes before her next court appearance Monday she would be jailed on bail.

Rabbi Daniel Fried, who has served Congregation Anshe Emeth since 1980, could not immediately be reached for comment.

The incident prompted a response from the Council on American-Islamic Relations. The American Muslim community has in the past expressed solidarity with Jewish, Christian, immigrant, Native American, African-American, Sikh and other targeted minority communities following acts of hate, according to a statement from the group.

“Anti-semitism and xenophobia in any form are reprehensible,” CAIR-NY Litigation Director Ahmed Mohamed said in a statement on Sunday. “We continue to stand in solidarity with the Jewish community. Acts of hatred and harassment at houses of worship are unacceptable. As we have stated many times, an attack on any house of worship is an attack on all houses of worship.”