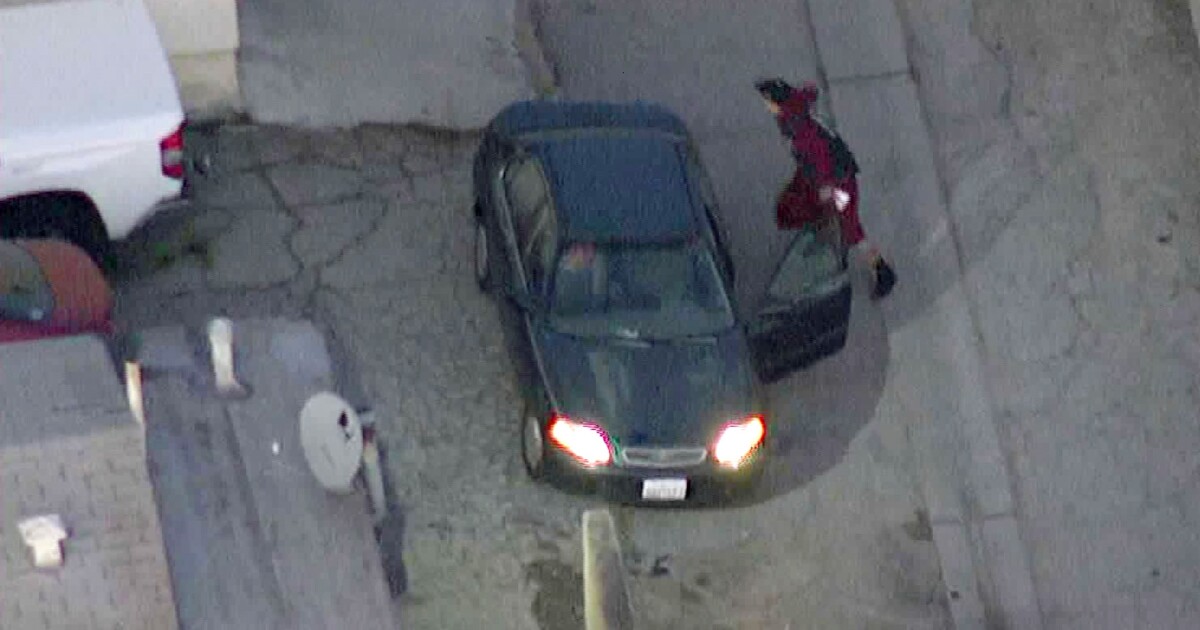 A man who police say led them on a vehicle pursuit through Long Beach before dawn then jumped out of the moving car was arrested after he ran into a home in San Pedro early Thursday.

Long Beach officers began chasing a dark-colored Honda sedan about 6 a.m. The vehicle was seen on TV weaving through traffic heading west on the 91 Freeway before transitioning onto the southbound 710 Freeway, where the driver sped past other vehicles. It is not clear why the pursuit began.

The driver then led officers away from Long Beach onto the Vincent Thomas Bridge toward San Pedro. He continued on surface streets in San Pedro, winding through alleys apparently in an effort to lose the pursuing cruisers.

One patrol vehicle attempted several so-called PIT maneuvers — a tactic law enforcement uses to force a fleeing car to turn sideways abruptly, forcing the driver to lose control and stop — but was not successful.

Eventually, one of the cruisers completed the maneuver near an intersection, spinning the suspect’s car around while two other patrol cars tried to block its way. The motorist, however, managed to slip between the cars and get away, driving onto a residential street, where he jumped out of the moving car and ran into a house, video showed.

The car continued rolling down the street, eventually coming to rest against a curb. About 7 a.m., the man, whose name has not been released, surrendered to officers outside of the home.