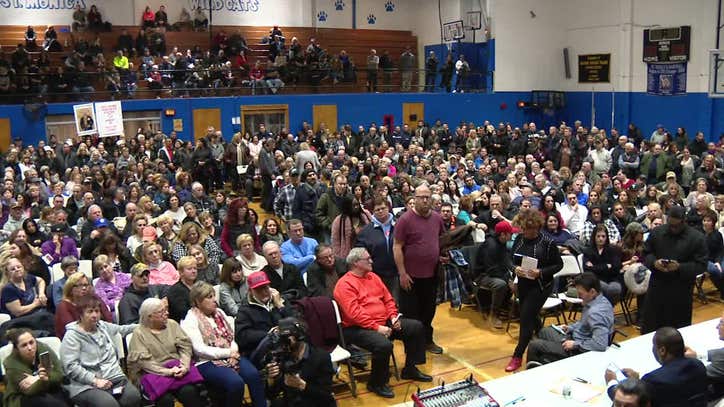 SOUTH PHILADELPHIA – South Philly neighbors are fed up with the rise of crime on their streets. Now, they are trying to do something about it. Residents packed St. Monica’s gym Wednesday night for a community crime meeting.

“The mayor was invited tonight but he forgot where South Philly is,” said organizer Jody Della Barbra.

Just last week, a homeowner was stabbed after two men in ski masks broke into his home on Colorado Street.  Days before that, the body of a missing 18-year-old woman was found in the basement of a South Philly home and last month a man was beaten to death around the corner from the deadly house explosion. Still, no one has been arrested for his murder.

“The straw that broke the camel’s back was the body in the basement,” said Della Barba. “The criminals know there are not a lot of cops around in a neighborhood that’s supposed to be ‘safe’ then they just come right back out and do it.”

She grew up in South Philly and says the last couple of years crime has spiked. She believes they need more police patrolling the streets.

“We are not asking you to be involved and put yourself in harm’s way, but you need to be our eyes and ears. If you see something call us,” said Captain Louis Campione.

His advice to protect yourself: put phones away when walking home and meet in front of the police station when selling something online.

Neighbors at the meeting say it’s only the beginning. They are planning a town watch training. In the meantime, city leaders say they are going to advocate for cameras, street lighting and bike patrols.

For resources for victims of violence in Philadelphia, see here.

For the latest local news, sports and weather, download the FOX 29 News app.