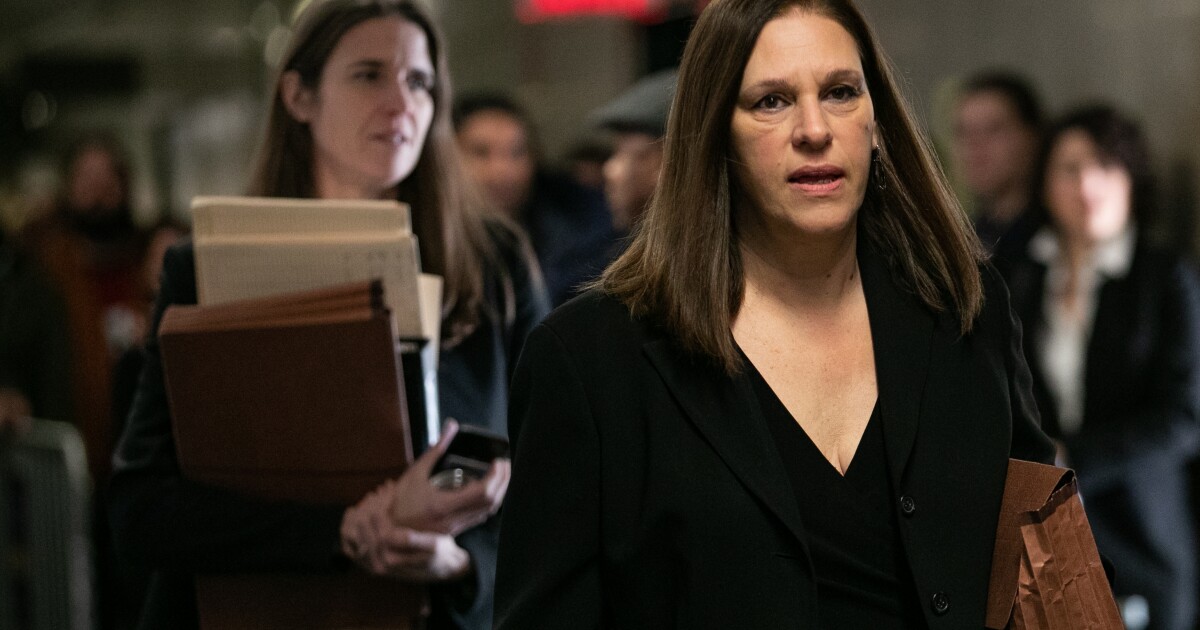 In her closing arguments Friday, the lead prosecutor in Harvey Weinstein’s rape trial proclaimed that power, manipulation and abuse — as well as a “lack of human empathy” — are what led the producer to the charges he now faces in Manhattan criminal court.

Assistant Dist. Atty. Joan Illuzzi-Orbon told the jury of seven men and five women that Weinstein had underestimated his accusers.

“He made sure he had contact with the people he was worried about as a little check to make sure that one day, they wouldn’t walk out from the shadows and call him exactly what he was: an abusive rapist,” she said. “He was wrong.”

The prosecution’s final argument was designed to undercut the seeds of doubt painstakingly planted by Weinstein’s attorneys over three weeks of testimony.

Throughout the trial, the defense has repeatedly seized on the fact that accusers Mimi Haley and Jessica Mann kept in contact with Weinstein, and in some cases engaged in consensual sex with the producer after their alleged assaults.

The continued communication — coupled with some incomplete and inconsistent testimony from Weinstein’s other accusers — could sway the jury toward an acquittal, legal experts say.

In her closing arguments Thursday, lead defense attorney Donna Rotunno implored the jury to focus on the evidence presented at trial rather than the maelstrom of negative press Weinstein has received between the start of the #MeToo movement and his trial.

In all, more than 90 women have come forward with sexual assault allegations against Weinstein.

“You may have had a gut feeling that Harvey Weinstein was guilty,” Rotunno said. “Throw that gut feeling right out the window.”

And Rotunno asked jurors to make what she called an “unpopular choice”: to acquit the fallen Hollywood titan.

Weinstein, 67, faces five felony charges in New York, including rape, criminal sexual assault and predatory sexual assault. He faces a minimum of 25 years in prison and could be locked away for the rest of his life if convicted on the last charge.

The charges stem from accusations by Haley, a former employee of Weinstein’s production company who alleges Weinstein forcibly performed oral sex on her in 2006, and Mann, a former aspiring actress who testified that the producer raped her in a New York hotel room in 2013.

To earn a conviction on the predatory sexual assault charge, prosecutors must convince jurors that Weinstein assaulted Haley or Mann, as well as “Sopranos” actress Annabella Sciorra.

Three other women also testified that Weinstein assaulted them, but their crimes were either too old to prosecute or happened outside the jurisdiction of the Manhattan district attorney’s office. Lauren Young’s allegation about an assault in a Beverly Hills hotel led prosecutors to file charges against Weinstein in Southern California.

Weinstein has denied any wrongdoing and pleaded not guilty to all charges.