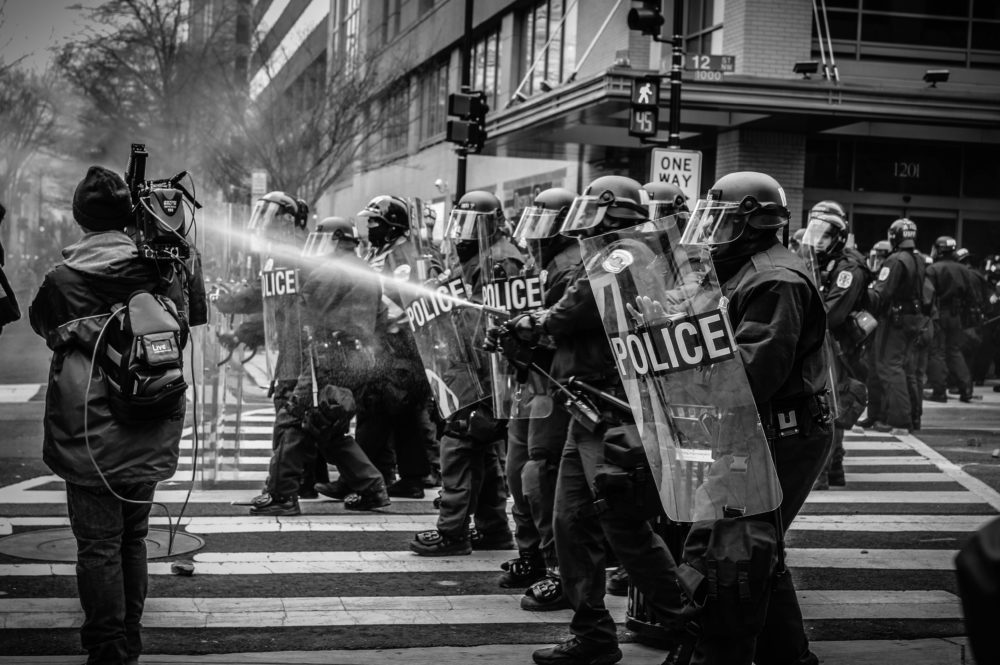 If most of the 2020 protests were “peaceful,” they are coming at an extraordinary cost beyond people leaving cities, rising violent crime, and increasing fear of crime.

Protests resulted in at least $1 billion to $2 billion of paid insurance claims, more than any other violent demonstrations in recent history.

There are property damages not covered by insurance.

News reports suggest that the cities where protests and or riots have occurred are being hit the hardest by increasing violent crime.

It’s reported that 93 percent of protests in 2020 were peaceful, ACLED. If true, those involving violence came at an extraordinary price.

“Despite the peaceful nature of a majority of the Black Lives Matter protests, the authors note that authorities intervened in 9% of them — or nearly one in 10. Three percent of all other demonstrations, which include unrest over the Covid-19 pandemic, were met with government intervention, the report states,” CNN.

The vandalism and looting following the death of George Floyd at the hands of the Minneapolis police will cost the insurance industry more than any other violent demonstrations in recent history, Axios has learned.

The protests that took place in 140 U.S. cities this spring were mostly peaceful, but the arson, vandalism and looting that did occur will result in at least $1 billion to $2 billion of paid insurance claims — eclipsing the record set in Los Angeles in 1992 after the acquittal of the police officers who brutalized Rodney King.

That number could be as much as $2 billion and possibly more, according to the Insurance Information Institute (or Triple-I), which compiles information from PCS as well as other firms that report such statistics.

…the insured losses far outstrip the prior record of $775 million from the 1992 Rodney King demonstrations.

The last time PCS compiled insurance losses for a “civil disorder event” was in April 2015, when rioting erupted in Baltimore in the wake of the death of Freddie Gray from a neck injury while being transported in a police van.

Axios is an American news website based in Virginia. It was founded in 2016 and launched the following year by former Politico executives. The site’s name is based on the Greek: ἄξιος (áxios), meaning “worthy,” Wikipedia.

Per ACLED, “The United States is at heightened risk of political violence and instability going into the 2020 general election.”

Per Axios, “The insurance industry is rolling up its sleeves in anticipation of potential unrest following the November election.”

Evaluating the precise level of violence (and verbal confrontations bordering on violence) during protests is hard to quantify. But the interactions between protestors and police and nearby citizens seem unpleasantly rough or jarring to the senses.

It’s also difficult to separate violence during protests with reports of dramatically rising violent crime in cities after protests. There is no one article fully documenting the rise in urban violent crime but news reports suggest that the cities where protests and or riots have occurred are being hit the hardest, Governing.Com.

I see multiple daily video feeds (some unverified) of violence connected to the 2020 protests. I also see daily videos of unprovoked violent attacks on innocent (sometimes elderly) people. I rarely see these videos via mainstream media.

I’m also aware of growing homicides and aggravated assaults in 2020 per the FBI-Preliminary Report. There are multiple reports of people leaving cities, partially due to crime concerns, People Leaving Cities.

Regardless as to the validity of 2020 protests, and regardless as to the finding that most are peaceful, the collective evidence suggests an enormous cost via insurance claims, the viability of cities, the cost to taxpayers, the impact of increasing violent crime, and the psychological cost to citizens as to increasing fear of crime. COVID during protests also plays an unspecified but potentially dangerous role.

Having said that, peaceful protests are an inherent and Constitutionally protected practice that needs to be honored and protected.