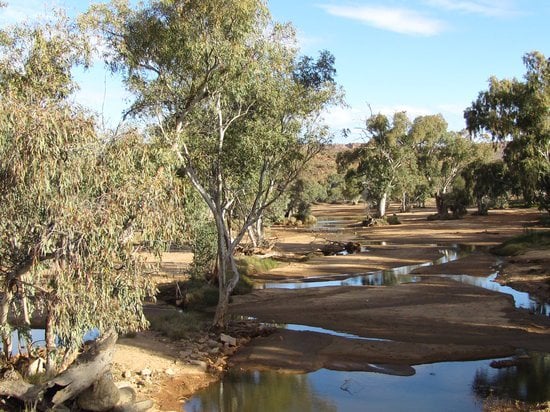 WARNING: The following post contains names, images and descriptions of people who have died.

On Sunday March the 29th 1981, a group of Indigenous Australians sat at a camp near the Todd River settlement in Alice Springs, Northern Territory. They were likely chatting away the day’s events when a friend approached carrying a bottle of ‘Yalumba Barossa’ Cream Sweet Sherry. With its deliciously sweet taste that could be likened to toffee, the group was eager for a sip and graciously accepted the man’s offer. What happened next was unimaginable.

Members of the group began to shake, their stomachs gurgling and their bodies weakening. Some began sobbing and crying out for help as others vomited up a sickly mixture of bile and sherry. Many passed out and many clenched up in terrifying bouts of painful convulsions.

In the centre of the chaos lay a bottle of sweet sherry; its syrupy contents laced with “less than a level teaspoon” of a powerful rat-poison known as ‘Strychnine’. The concoction was approximately 68-136 times the lethal dose.

Sixteen people became victims of the poisoning. Fourteen recovered with treatment. Two men – Nabbutta Abbott Nabarula and David Charlie – died on their way to the hospital.

An investigation team of 8 detectives was quickly formed, but the case seemed to lead nowhere. The bottle of sherry had been through around 6 pairs of hands before it got to the Todd River camp, but all seemed to tell the same story: they got it from one man, who got it from another man, who found it lying under a pepper tree in Alice Springs’ John Flynn memorial church grounds.

Theories began to spread around the community. Was it a racially motivated attack? Or was it the result of the infamous Alice Springs Dog Poisoner who’d suspiciously reappeared in the weeks just before the Todd River poisoning? A person who just so happened to use the rat bait strychnine.

Perhaps it was the brutal killer Andy Albury, who was known for killing an a aboriginal woman in Darwin, 1983, and just so happened to confess to the Todd River murders after his arrest.

The following article is a deep-dive into the 1981 Todd River Strychnine Poisoning, inclusing the poisoning itself, the theories, the history of poisonings in Australia’s Indigenous communities, and Alice Springs’ favourite suspects.

If you have any information related to the 1981 Todd River Poisonings, or the 1950’s Alice Springs Dog Poisonings, contact Crime Stoppers at 1800 333 000 or go to the Crime Stoppers Northern Territory website at: https://nt.crimestoppers.com.au/